2013 was my first year of retirement so you would think that I would have had more time for blogging. Not so! I’m shocked to find that my last post here was back in October, and I am still no nearer my original aim of using this blog to write up past travel adventures. My excuse is that retirement has been very busy – I’m not going out to work everyday, but I have got involved in many new projects which take up my energies. I think some blogging resolutions for 2014 are called for, but in the meantime, here are my highlights of 2013.

Our spring holiday this year was to Amsterdam, our favourite city since we honeymooned there in 1981. In the summer we toured New England and, for the second year in a row, our autumn holiday was dictated by Leonard Cohen’s tour schedule: Dublin. You can see what I wrote about those (quite a lot) by following the links. At the beginning of the year, I was also good at writing up days out in Scotland; less so towards the end – I have a stack of photographs waiting to go on the blog. Resolution number 1: run through these in a short series of Scottish Snapshots. Resolution number 2: blog more regularly – it’s much easier to do when the memories are fresh.

Can I name a highlight for 2013? Difficult, but I did enjoy visiting Hildene in Vermont and would dearly love to have this view at the end of my garden.

In last year’s review, I toyed with the notion of reviewing restaurants, or at least writing a post on The Great Glasgow Curry. Hmm, given that I’m not keeping up with the travel posts I think I’ll abandon those ideas. However, I do like to emphasise what a great collection of restaurants Glasgow has – this year we ate out, by my calculations, 58 times in 38 different places. In 2011 and 2012, our most common choices of cuisine were Italian, Indian and Chinese but this year Chinese has been kicked out of the top three by “Modern Scottish”. I’m not sure how I would define that, and maybe some of the restaurants I classed that way wouldn’t agree, but I think it’s something like using local ingredients with influences from European (or beyond) cooking styles. (One of my favourites, which does proudly proclaim itself as Scottish, is Ingram Wynd.) Many other nationalities were also represented in our dining choices, including Greek, Turkish, French and Spanish – the latter including our find of the year, Malaga Tapas which knocks spots off the competition. It’s off our usual beaten track (West End and City Centre) but is worth going a bit further afield for. Curry’s still my favourite food though!

Not being tied to the 9-to-5 has its cultural advantages. A new pleasure this year has been attending A Play, a Pie and a Pint, which is exactly as described in the title and a lovely way to spend a couple of hours at lunchtime. In December, it morphs into A Play a Pie and a Panto, which follows all the pantomime traditions but is definitely not for children (too rude and sweary!) This year we attended the last performance, after which they auctioned off some of the props and costumes for charity. Is it significant for this year’s Independence Referendum that a cut-out figure of Alex Salmond raised about ten times more than one of Alistair Darling? And no-one in the room was prepared to bid for the mural of the royal family.

I also got to do lots of bookish things that I wouldn’t have time for previously such as volunteering at Aye Write! (Glasgow’s Book Festival), joining a book group and attending events at the wondrous Glasgow Women’s Library (where I also volunteer.)

Other than that, we have done the usual mix of exhibitions, theatre, film, dance and, above all, music. The classical highlight was the Dunedin Consort’s performance of The Messiah which took place in Kelvingrove Museum. We’ve been to concerts there before and it’s a great venue – the music just soars. Looking over the list of 15 or so gigs we went to, I’m struggling to find anything new – they were mostly old favourites such as Lene Lovich, last seen by me in Leeds University Union c1979, Alison Moyet, Nick Cave and Billy Bragg. However, in a year with a Leonard Cohen concert in it, there can only be one cultural highlight for me. 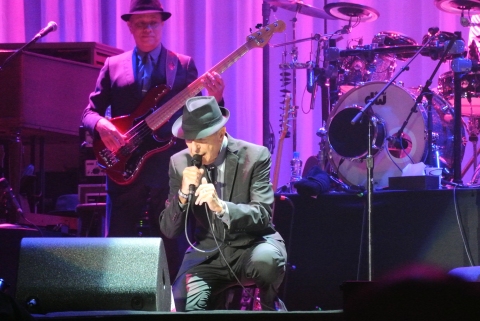 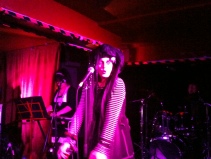 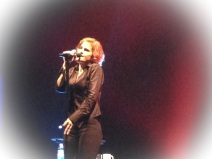 So what of 2014? In last year’s review I made the following resolutions: