Ok, I hate the term “Twixmas” too, but I like alliteration! We set off for three nights of relaxation by the Ayrshire coast between Christmas and New Year, our stay at the Marine Hotel, Troon, being quite a bargain. And the sun shone on us again, especially the first day.

On Day 1, we caught the train one stop to Irvine and walked back along the beach. Irvine is one of Scotland’s 1960s New Towns, but the Harbourside retains the charm of an older world. It also has a cracking view of Arran. 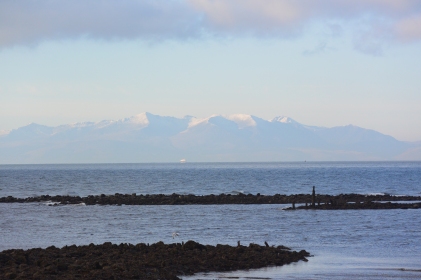 Carter and his horse

Leaving the Harbourside, we soon came across a dragon – a red sandstone one, anyway – which we stopped to admire before making our way along the sands back to Troon. 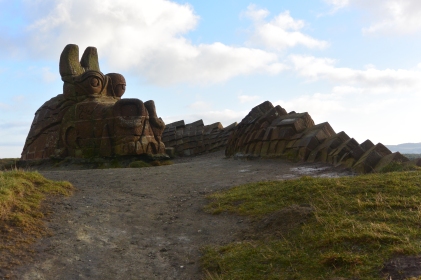 Between Irvine and Troon 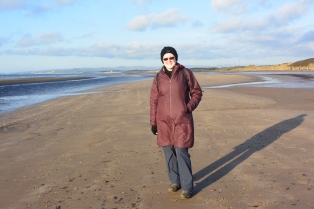 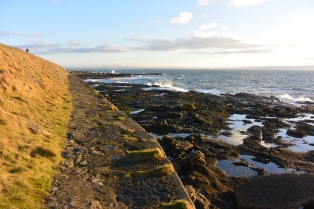 The next day, we drove inland to the old ironworks at Dunaskin. A relic of the Industrial Revolution, the works had previously been open as a museum but that failed about a decade ago and the site is now used by the Ayrshire Railway Preservation Group. Climbing the hill behind Dunaskin, in the path of an old horse-drawn tramway which was used to transport the iron ore, you come to the ruins of two old villages, Lethanhill and Burnfoothill (collectively known as the ‘Hill) which were built close to the mines. They were only abandoned in the 1950s and are now being absorbed into the forest. The plateau is crossed by several old railway tracks – we followed one of these for a while before descending back down to Dunaskin.

The way down was very boggy and didn’t please me much – especially when it transpired that the last part of the route we were following was blocked by a new landowner. Fortunately, there were people in the ironworks working on the trains so we were able to find our way out through an open gate. 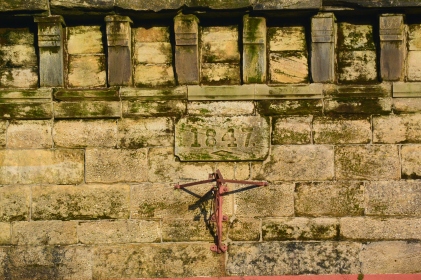 Finally, we had some beautiful sunsets. The volcanic plug rising from the sea in the first picture is Ailsa Craig. 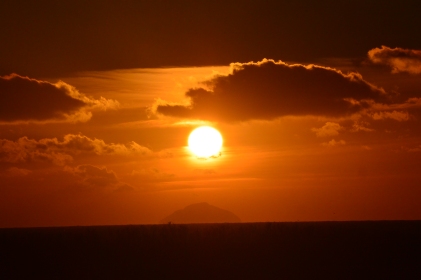 11 thoughts on “Twixmas at Troon”