The Belváros – or Inner City – is the hub of Pest with many shops and cafés. We passed through it several times on our way to and from other places, so the pictures that follow are highlights taken on different days.

This square, seen above, is the hub of the hub, if you like. It’s dominated by the statue of Mihály Vörösmarty (1800-55), a poet renowned for his hymn to Magyar identity, the first line of which is carved on the pedestal: Be faithful to your land forever, oh Hungarians. 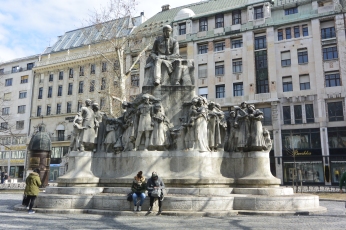 I can’t now remember where many of the buildings and monuments depicted in the rest of the post were! This beauty has panels depicting the four seasons.

This gorgeous art deco panel of Our Lady, Patron of Hungary, is on Szervita tér.

These are on Váci utca. 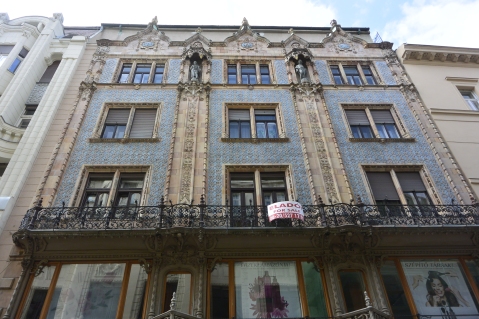 And this is the Great Market Hall. 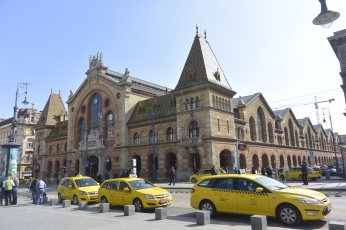 There were many churches in the area, but we only seem to have pictures of these two, the Protestant Church and the Servite Church.

As usual in Budapest, we found many delightful examples. 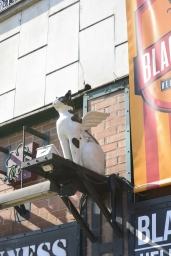 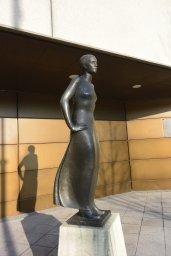 Statue of a woman 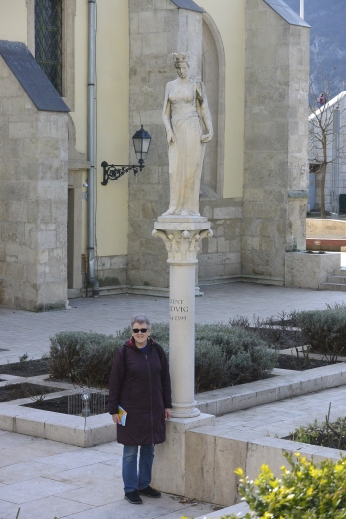 Monument to 125th anniversary of Buda and Pest

And, finally, that is the end of my Budapest diary. Since we were there in March we have been accumulating many Scottish photographs so the next few posts will be closer to home.