We were on the move again! To a hotel just 16 miles up the road. Why was this? Well, in February I couldn’t find suitable accommodation in Harris for the five nights we were staying there and had to book it in two blocks. February for an August holiday! How things have changed. On our last island-hop in 1989 we booked the ferries on a Thursday and set off on the Monday, booking our accommodation as we went. Mind you, my standards were lower then. We even spent time in a tent. 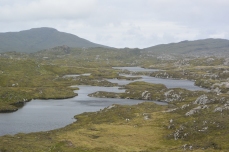 Rather than drive 16 miles up the west coast, we took the long way round back down to Rodel and up the east coast on the Bays Road, the C79. Bearing in mind that the main A road was mostly single track, you can imagine how small a C road was.

Unlike the fine sandy beaches of the west coast, the east coast is rocky and strewn with boulders left over by the Ice Age. Parts of the landscape were used to depict Jupiter in the film 2001: A Space Odyssey. Nevertheless, there were several galleries and cafés along the road so we didn’t go hungry, and we got a few short walks in before the rain became torrential. And we found a lovely, romantic bench. 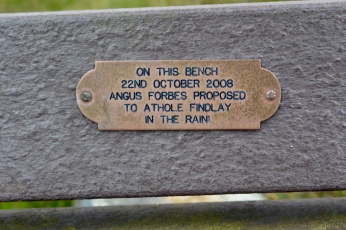 Our room in Hotel Hebrides in Tarbert, Harris’s largest village, was a modern contrast to the chintz of Scarista House, but just as comfortable. 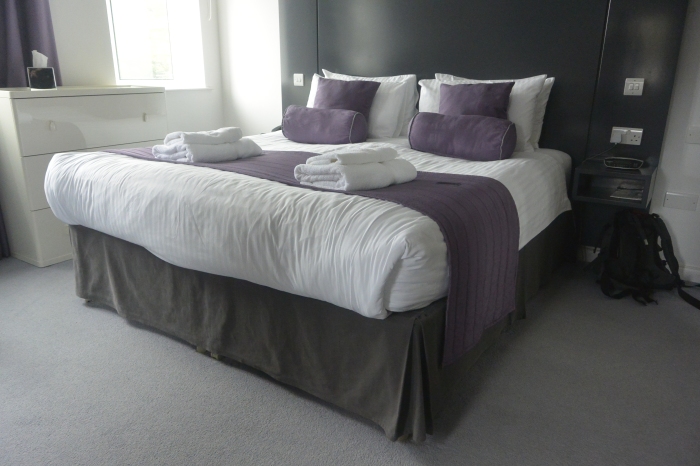 The next day was Sunday and we were still in Sabbatarian country. Nothing would be open, so we had to hope for good weather. But would we get it? Read on!