We travelled the 332km back to Cairns via the inland route, stopping off at a few lookouts along the way. 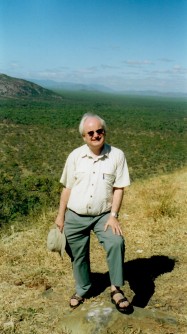 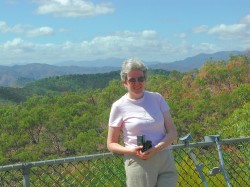 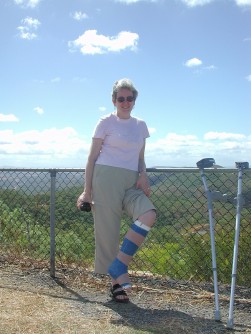 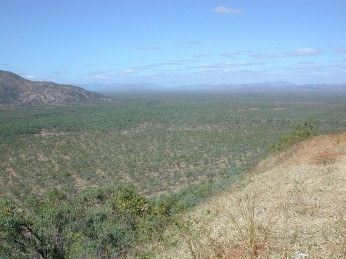 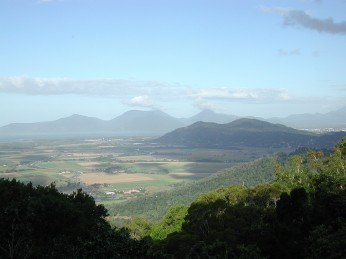 Coming down to Cooktown

We had one night in Cairns, where we stayed in a Holiday Inn. Rather than brave the town, I opted for my first ever experience of a room-service dinner which was surprisingly pleasurable. (Actually, this remains my only room-service dinner, although we did have room-service lunch in Sydney before flying home.) Our table was set up by the huge windows overlooking the harbour and served with what I considered to be a finesse well beyond the grade of the hotel. These days, I would take photographs but we have none at all.

The following day we flew back to Sydney, and the day after that we embarked on an overnight Mount ‘N Beach Safari. This was a trip we had booked before leaving home: the first day was to be spent touring Hunter Valley wineries, and the second day included visits to Nelson Bay and Port Stephens to drive on sand dunes and go on a dolphin cruise. After my accident, we phoned to cancel on the grounds that my injury would make it very difficult. However, the company could not have been more helpful and assured us that they would choose the wineries with ease of access in mind. I am so glad we went, because the first day especially was a real highlight.

We were picked up early and driven out to Hunter Valley, still shrouded in mist when we approached. True to the company’s word, the driver took us to wineries where he could park close to the door and there were no steps. Obviously, we couldn’t buy much wine because it had to fit into our luggage, but I think we did acquire three bottles. We stayed overnight at the Hunter Valley Resort where we had lunched earlier in the day. I remember sitting outside at a lovely table, with delicious food and a glass of wine, and feeling very happy and relaxed. The resort also has a brewery, so in the evening we sampled its products too. It was a special day – and so it should have been. It was my birthday! But do we have any photographs, other than the one above? Nope, that’s it. What were we thinking? I can only assume that the wine addled our brains.

The following day was slightly less successful. We were picked up after breakfast by a different guide, and taken for a drive on the sand dunes near Nelson Bay, then to Port Stephens for a dolphin watching cruise. The dune trip was fun, and in no way affected by my gammy leg. 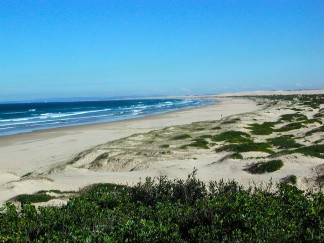 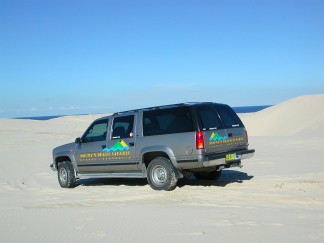 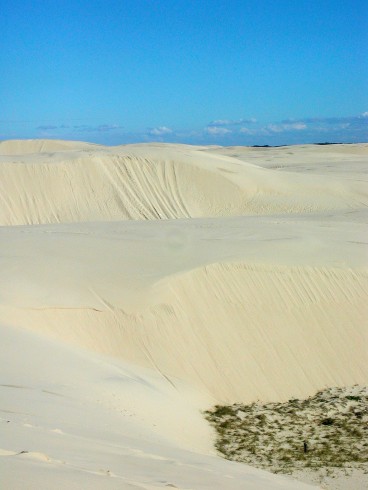 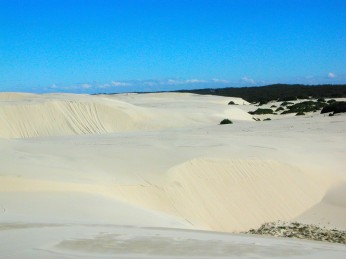 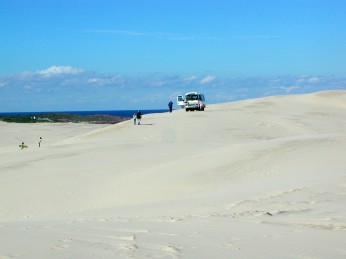 After lunch, we boarded the boat for the dolphin-watching cruise. This was very tricky for me, and once settled in a seat I found it difficult to move again, especially at the speed required to get to the front of the crowd to see dolphins. So I didn’t see any – John did, but something went wrong with the camera, and after a few shots looking back at Port Stephens we have no pictures of this either! 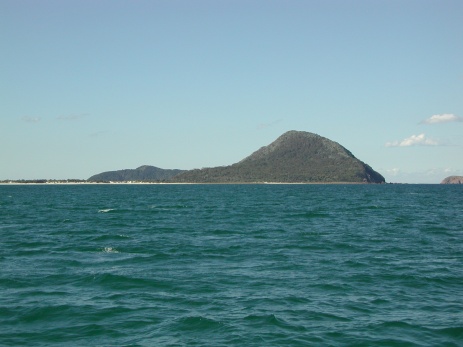 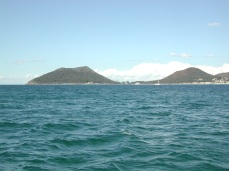 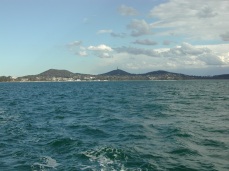 We returned to Sydney for one last night before flying home the next day. I was very well looked after in all airports and on all flights  – until we got to Heathrow. We were met from the plane and got a ride through the corridors on a motorised buggy, which was fun, but were then dumped in an unstaffed area for passengers requiring assistance. Someone was supposed to come to wheel me onto the plane before general boarding, but only one staff member appeared and he took the other lady who was waiting. A few minutes later, she was wheeled back, loudly declaring “But I don’t want to go to Glasgow! I’m going to Newcastle!” By the time I finally got to the plane, many others had boarded and I had to hop through the crowds on my crutches. My carefully chosen aisle seat had been swapped for the other side so that I couldn’t, when safe, stretch my plastered leg out into the aisle, but had to cram it under the seat in front the whole time. (We found out later that a bigger plane had been put on the route to bring back the golfers from the Open which had just finished at one of the Scottish courses. This meant that seat bookings were all rejigged.)

Once home, I was faced with several more weeks on crutches and in physiotherapy. As I said in an earlier post, I still feel the injury today and will probably never be completely free of it. I bitterly regret that moment of carelessness. However, we had an amazing holiday despite the accident, and would love to return to Australia some day if that sort of travel ever becomes feasible again.