From our Hebrides correspondent

In July, John took his bike to the Outer Hebrides! He had a fabulous trip with a company called Wilderness Scotland which he highly recommends (and they do all sorts of other activity trips as well as cycling). On Day 1, the group of five (all strangers apart from one married couple) was collected from Inverness by two guides and transported via road and ferry to South Uist where they stayed two nights in the Polochar Inn. 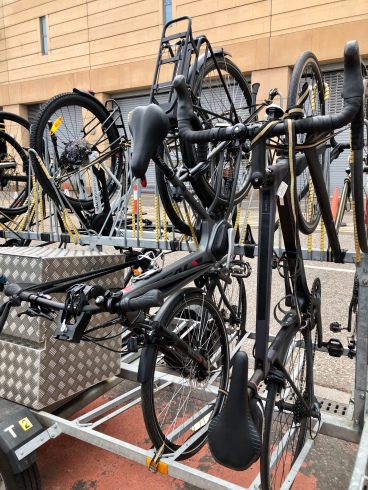 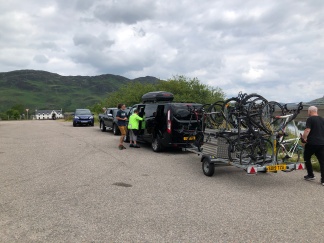 On Day 2, the group cycled across the causeway to Eriskay and took the ferry to Barra where they cycled round the whole island with an extension to Vatersay (another causeway) where the Hebridean Way begins (see post header). Over the next few days they covered the whole Way (about 155 miles) with many add-ons. John thinks he cycled about 239 miles. 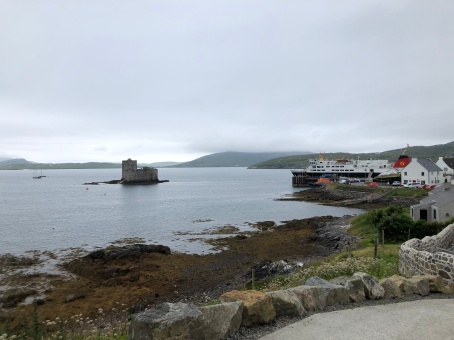 Day 3 was a 52 mile cycle up the chain of islands comprising South Uist, Benbecula, North Uist, and Berneray from where the ferry took them to Harris and a lift in the van to their hotel in Tarbert. 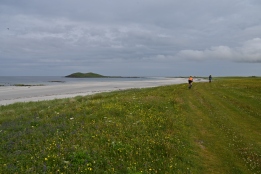 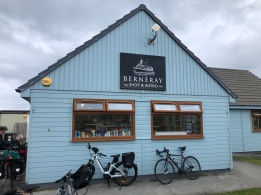 Day 4 was a circular tour of Harris, down the rocky east coast known as the Golden Road, where seals were spotted, and up past the beautiful beaches of the west coast. 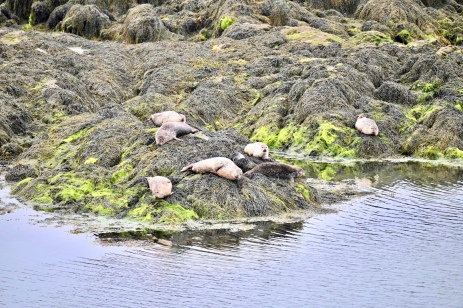 Seals on the Golden Road

Day 5 saw the steepest climb to the top of Clisham as the group passed from Harris into Lewis – which, though classed as separate islands, occupy the same landmass. Accommodation for the next two nights was near the ancient stone circle of Callanish. 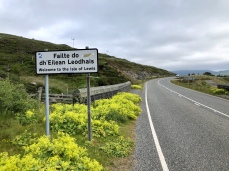 On Day 6, the group completed the Hebridean Way by cycling from Callanish to the Butt of Lewis. 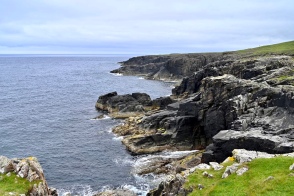 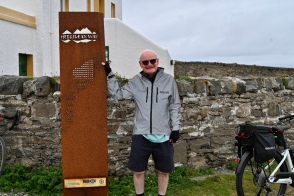 I can detect both relief and a sense of achievement amongst the participants. Some chose to celebrate with a refreshing (freezing?) swim.

Ready for a swim

Ready for a swim

The final day was a shorter cycle to Stornoway for the ferry to Ullapool on the mainland. I wrote about the Iolaire disaster after we visited Stornoway in the summer of 2018. This particular memorial did not exist then as it was created for the centenary in January 2019. 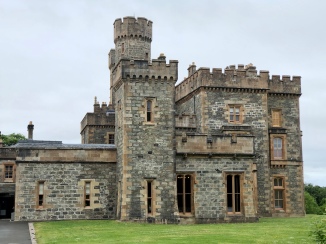 Farewell to the Hebrides

A lift back to Inverness completed the tour. John had a wonderful time and cannot praise the company and the guides enough. As for me, I was green with envy at the photographs he was sharing each evening. I have very happy memories of past trips to the Hebrides – but I will be glad never to have to tour them by bike!