February has been a very busy and sociable month. I’m totally ignoring world affairs, because I just can’t go there, so let’s say the only fly in the ointment has been the extremely stormy weather. Nevertheless, we found a couple of days which were good enough to get out of the city, most recently last Friday when we went to Dawyck Botanic Garden, near Peebles in the Scottish Borders. We have visited before, but only in summer so we thought we’d like to see it in snowdrop season. We’d had snow in Glasgow on Thursday which had all cleared, but as we journeyed into the countryside I began to worry that there might be so much snow left at Dawyck that the snowdrops would be impossible to distinguish. However, this proved not to be the case and we had a lovely visit, despite some areas being closed off because the aforementioned storms had brought some of the trees down.

The statue in the gallery below is of David Douglas (1799-1834), one of Scotland’s greatest plant hunters who brought back many of the species in the garden from his explorations in North America (the Douglas fir was named after him). He came to a sad end in Hawaii when he fell into a bull pit already occupied by a frenzied wild bullock. His mangled body was found the following day.

On a happier note, Dawyck also has a good café – I can say this with some authority because we used it three times. We had morning coffee when we arrived, went for a walk, had lunch, went for another walk, then finished off with more coffee and some delicious orange and pistachio cake. The perfect day! 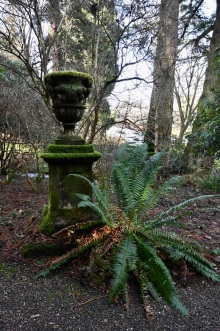 Snowdrops by the Scrape Burn 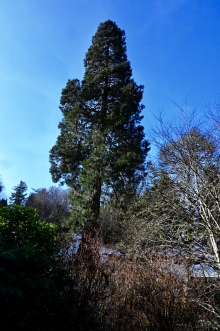 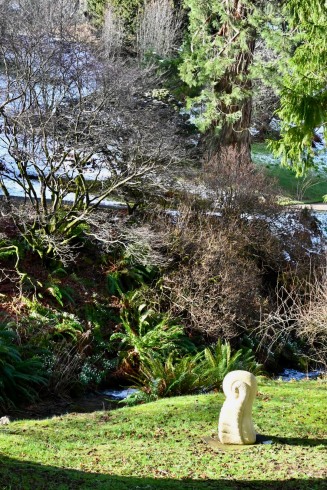 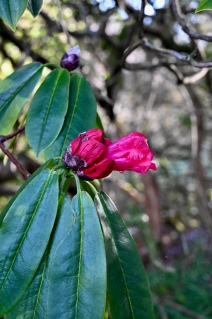 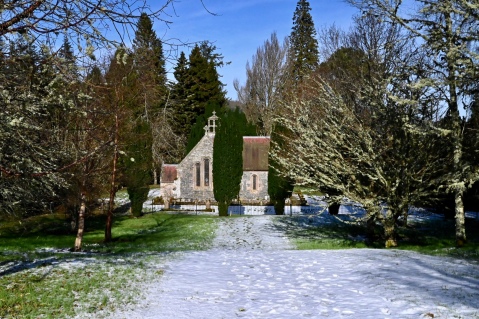 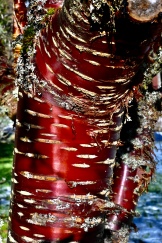 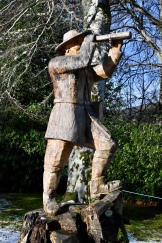 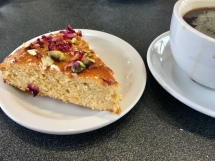 Our other outing was to Lochwinnoch, where we visited Castle Semple Country Park and the RSPB Nature Reserve (Royal Society for the Protection of Birds). We enjoyed watching the antics of the swans and geese, but felt others, especially those with small children, were getting too close, even feeding them by hand. Just no! 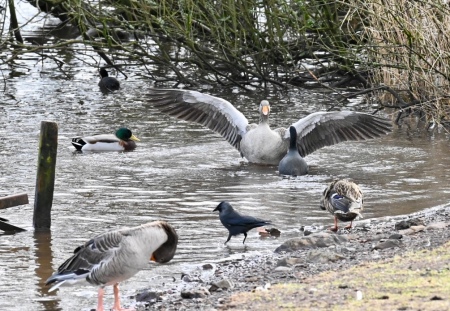 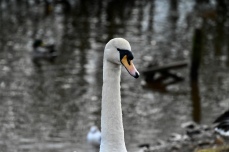 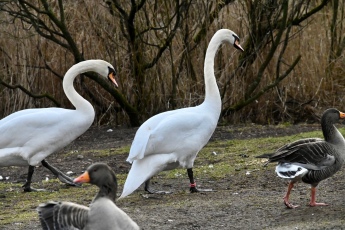 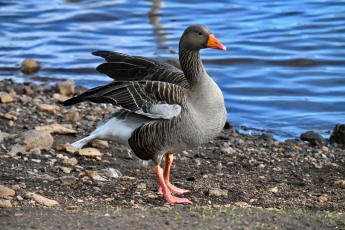 The gallery below shows other parts of Castle Semple and Lochwinnoch Nature Reserve which we passed on our walk. The old church dates from 1504 and was founded by John, Lord Sempill. He was killed at the Battle of Flodden in 1513 and the church was extended to house his tomb. Tod’s Seat, at the end of the gallery, with its flight of birds rising from the back, was donated to RSPB Lochwinnoch by the family of David Tod (1956-1990). I always feel particularly saddened to see memorials to relatively young people 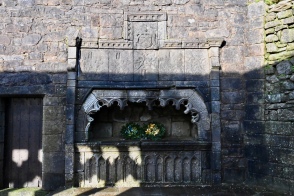 Tramping around the city I found street art that was either new, or that I had previously missed. The bird below, on Ruchill Street, is fairly recent I think. The white wall is the side of the Ubiquitous Chip restaurant on Ashton Lane, and has featured several times before because the mural changes quite regularly.

This tribute to Scottish writer Alasdair Gray, and his novel Lanark, is in an entrance to a back yard off Maryhill Road. Judging by the peeling paint it has been there a long time, so I can’t understand how I’ve managed to miss it. 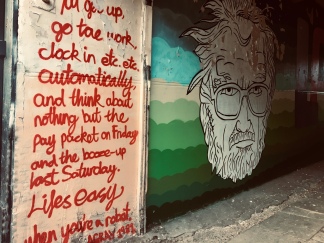 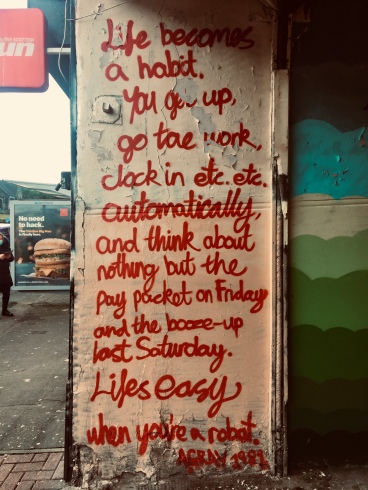 Finally, this is definitely new – a legacy of COP26, the big climate conference which took place in Glasgow in November. Beacon of Hope by Steuart Padwick is in Central Station, and is one of three hope sculptures across the city (I haven’t seen the other two). To me, the figure looks rather rough and unfinished, but I enjoyed reading the inscriptions on all four sides of the base as I waited for my train. The one I’ve displayed is by Jackie Kay who, until recently, was our Makar (National Poet for Scotland).

Post script: an update from last month. You might remember that in February we gallivanted to Linlithgow where there was some controversy over the name of a pub. The Black Bitch was called after a local legend about a black female dog, but Greene King, the brewery which owns the pub, wanted to change that to something which sounds less offensive to modern ears. Their first suggestion was The Black Hound which lost the sense of the original story and caused a local outcry. Greene King has now rolled back on that and renamed the pub The Willow Tree, after a nearby tree which was planted to commemorate the 1832 Reform Act. (This introduced major changes to the electoral system, allowing more people – for which read men – to vote). However, the controversy rumbles on because Greene King’s founder, Benjamin Greene, was a slave owner and a fanatical opponent of the reform bill, so some local people think that his name is more offensive than the original pub name. Perhaps next month I will be able to add the next chapter in the saga, who knows? As long as we’re still here of course: given that Faslane, the UK’s nuclear base, is less than 30 miles from Glasgow I wouldn’t fancy our chances if Putin decided to take that out.

Oops, I said I would ignore world affairs, even flippantly, so pretend I didn’t – happy March!