Annapolis Royal is one of the oldest European settlements in Canada. It started in 1605 as Port Royal and changed hands between the French and the British many times in the next century or so, becoming Annapolis Royal, in honour of Queen Anne, when the British captured it in 1710. We had 3 nights there, here’s what we enjoyed:

We stayed at the Bailey House (above), the only B&B on the waterfront and the oldest inn in the area. It was beautiful inside and the breakfasts were outstanding – no lunch required. However, by dinner we had usually recovered our appetites. There aren’t many restaurants and one ruled itself out entirely by a) closing at 8pm and b) having nothing vegetarian on the menu, but we liked Bistro East enough to visit twice and Ye Olde Pub was fine for bar food, as you might expect from the name. John is eating a lot of fish and I am eating a lot of pasta, pizza and the odd veggie burger. Not a very slimming diet!

Suzan, the B&B owner, strongly recommended the Candlelight Graveyard Tour, so we did that on our first night. We met at Fort Anne at 9.30pm, were all given a lantern to carry and taken round the Garrison Graveyard by an undertaker-garbed guide. It was very skilfully done, and the stories of the dead served to bring history alive. We went back to the Fort and graveyard in daylight to have another look and were amazed at how many stories had been packed in to such a small area. The Historical Association, which provides this and other tours, also has a leaflet with a self-guided stroll around the town which tells you the history of many of the old buildings, takes you to the Historic Gardens and, if you do the whole thing as we did, French Basin Nature Trail.

The original site of Port Royal is on the other side of the Annapolis River from today’s town. You can visit a reconstruction of the habitation which itself is historical – it was built in 1939/40, which makes it an early example of this type of preservation.

Also across the river, and over the North Mountain, is Delap’s Cove Wilderness Trail which takes you down to the Bay of Fundy. It was pretty, but only half of it was open when we were there. 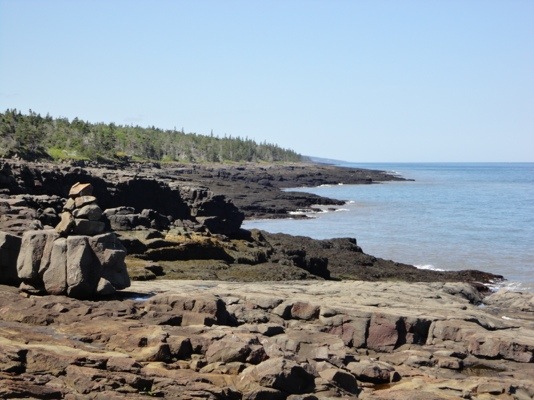 On our second day, we went down the “Digby Neck”. This is a narrow peninsula running parallel with the shore and connected by ferries to Long and Brier Islands. We started at the end and worked our way back up. Brier Island was the prettiest area with hiking trails, two attractive lighthouses (there are a lot of those in Nova Scotia) and a nature reserve full of nesting gulls. 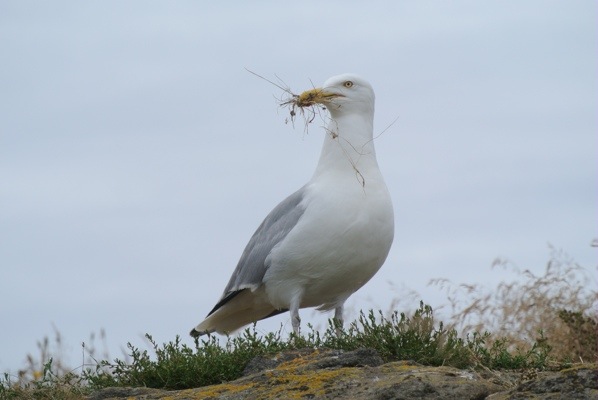 Long Island’s main claim to fame seemed to be its Balancing Rock – however the 4km hike left us underwhelmed, it wasn’t that spectacular. 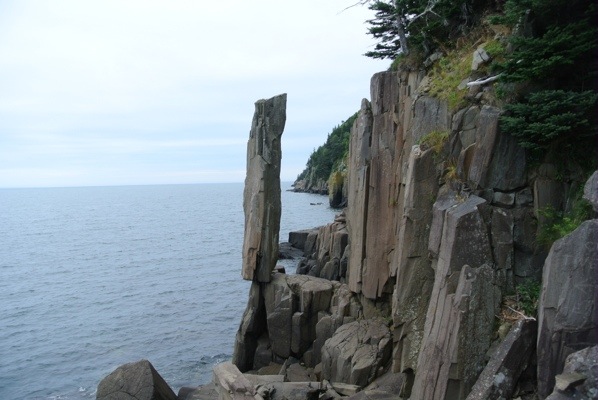 Finally, Digby itself had an interesting harbour with both lobster boats and pleasure craft. 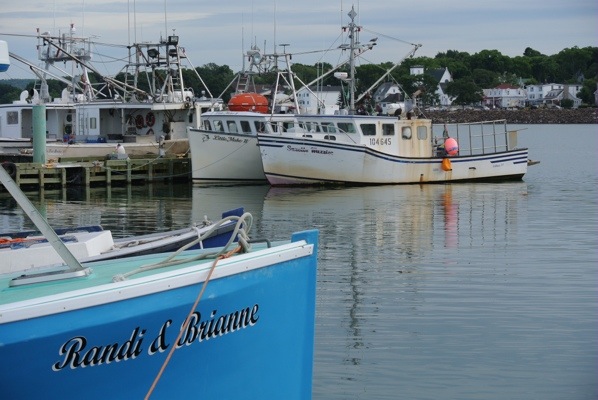 As before, there are a few more pictures of all the above on my Nova Scotia Pinterest board