I’ve known the Lake District since childhood, but John had never been till he went with me in around 1984. We took our bikes and stayed in Keswick and, looking back, I marvel at what we did. We cycled to Dove Cottage in Grasmere and back one day, and another we went down through Borrowdale, over the Honister Pass to Buttermere and back over the Whinlatter pass. Two passes on a bike! I can’t believe I was ever capable of such a thing. In the late 80s we had a couple of stays in Borrowdale and then nothing till 2004 when we visited Grasmere again and have been back almost every year since. We always stay at Lancrigg, a beautiful country house (above) with Wordsworth connections. Not only that, it is also a completely vegetarian hotel – the only time I ever go anywhere where I can choose from the entire menu!

I think every time we have been, we have done the walk past Sourmilk Ghyll (waterfall) up to Easdale Tarn. However, a weekend in early December is the latest we have ever visited so it was unusual to see it in snow. It was icy and cold at the top so we didn’t linger. 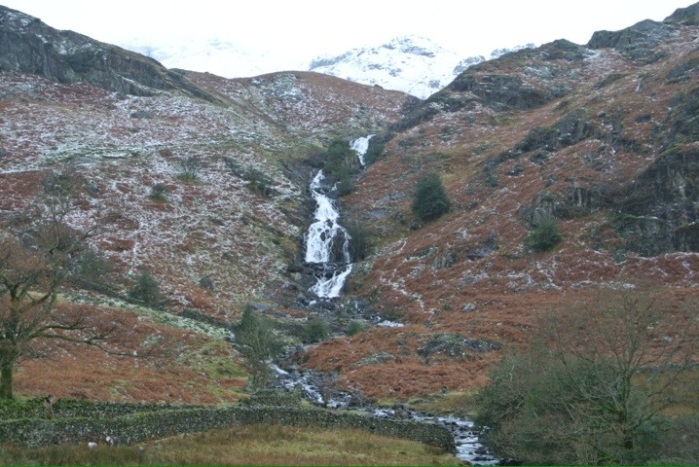 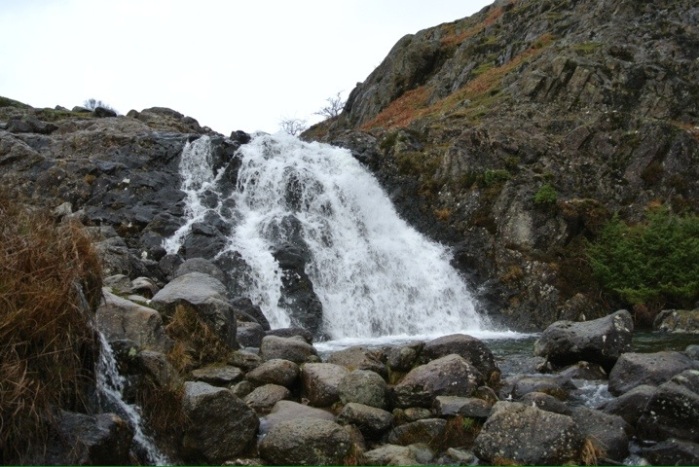 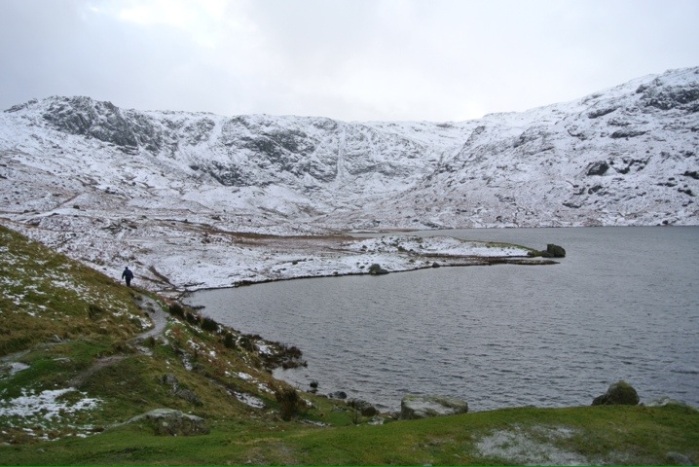 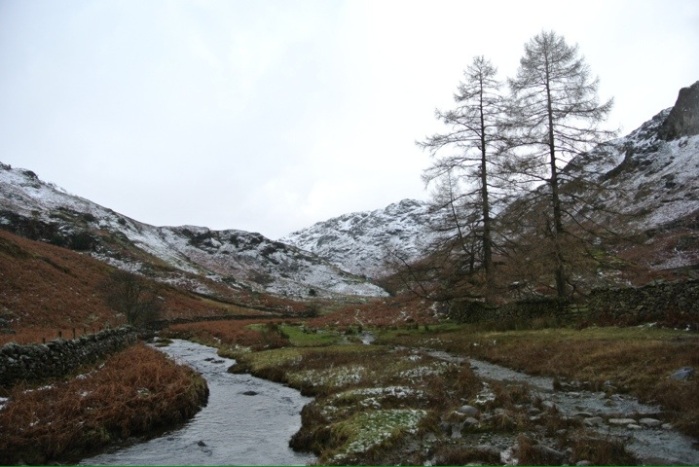 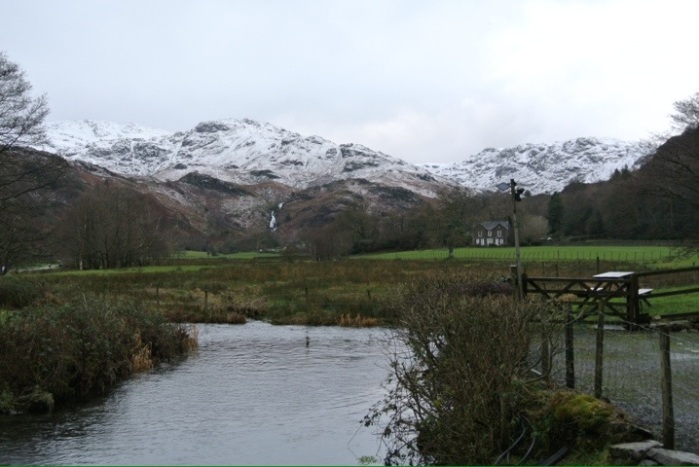 The other walk we did was a circular one from Grasmere through part of the Langdale Valley to Elterwater and back. The beauty of the Lake District is that it is so compact that you can nearly always arrange your walking to pass near a good pub at lunchtime, and there are many good, local beers to try. In this case, we were happy to stop for good, warming soup and a pint at the Britannia Inn.

Days aren’t long at this time of year, especially when you have lingered over a Lancrigg breakfast, so we were happy to spend the late afternoons pottering around Grasmere, purchasing items such as the famous gingerbread and a Tubular Fells poster. This shows all the Wainwrights set out as in the London Underground map and is very clever, not least in its double-punning title. We got this in the National Trust shop where I met Chris whom I had preciously chatted to on Twitter (@GrasmereVillage). Eventually, we had to leave the bright lights of downtown Grasmere and head back to our hotel for another delicious dinner and a good night’s sleep before heading home the next morning. I’m very certain we’ll be back. 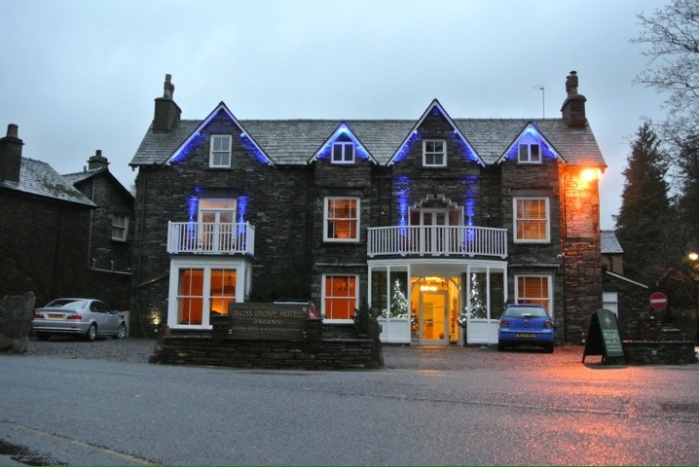 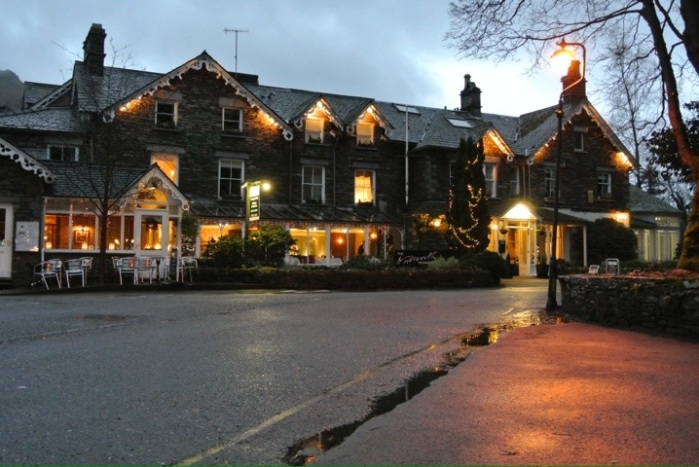 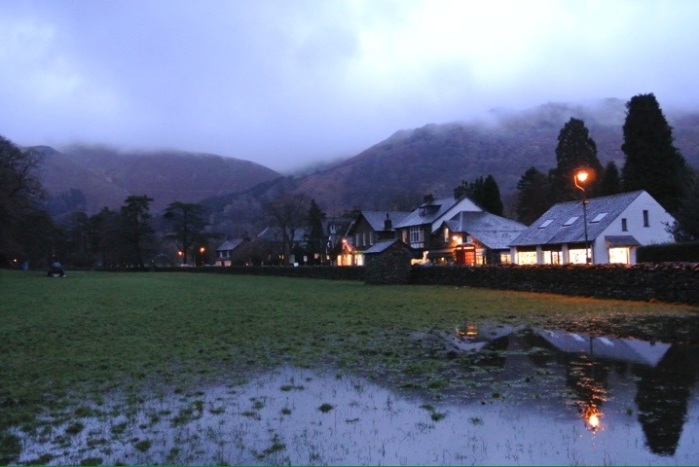