Edinburgh’s all dressed up for Christmas

I’m a committed Glaswegian but, whisper it, at Christmas Edinburgh does it better. Both cities have funfairs and Christmas markets but Edinburgh’s are definitely more spectacular. We explored them when we went over last weekend to see a couple of exhibitions, both of which were excellent. You have until June to catch up with Peploe, the second in the Scottish Colourists series at Modern 2, but if you want to see the 70th birthday retrospective of John Bellany at the RSA you need to get there by 27th January. It’s well worth it – I found the earliest and latest sections most interesting, because they were the least familiar to me. These included works done at art school echoing paintings with religious themes by, for example, Piero della Francesca, but using imagery from the fishing port he grew up in, and some very recent, and unexpected, landscapes.

In the evening, we met a friend for dinner in the Jasmine Chinese Restaurant near the Usher Hall, but in between we did the Christmassy stuff. First the market, which was so crowded that I found it claustrophobic. John managed to fight his way in to get some fire punch, but I preferred to look in from outside. 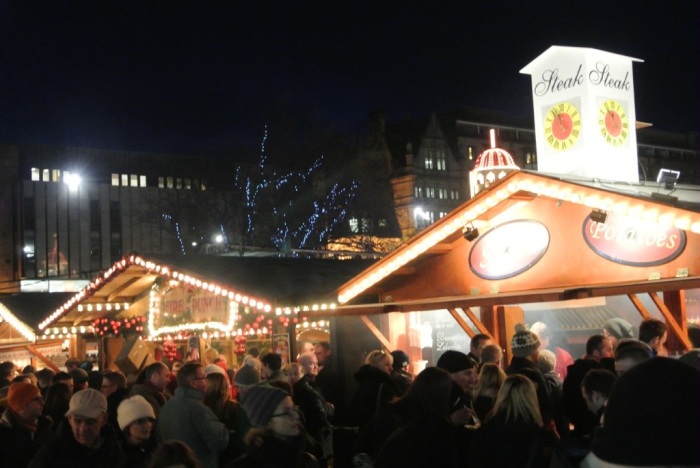 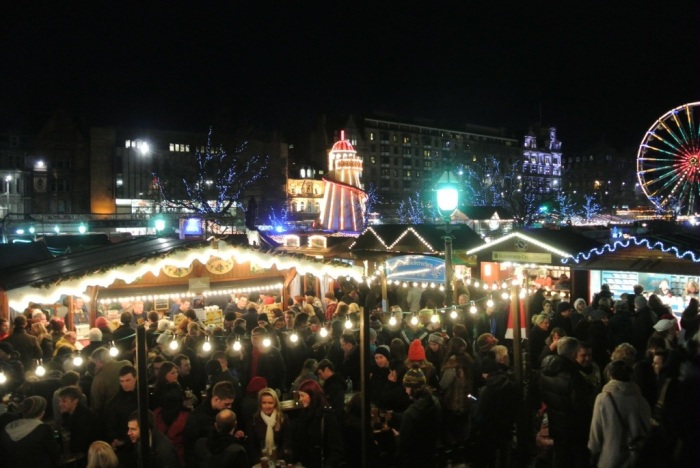 The castle looked rather splendid all lit up.

Then it was on to the funfair.

We went up on the big wheel which gave us great views over Princes Street, the Gardens and the National Galleries complex. Fabulous! I’m still glad I live in Glasgow, but I love to visit Edinburgh. 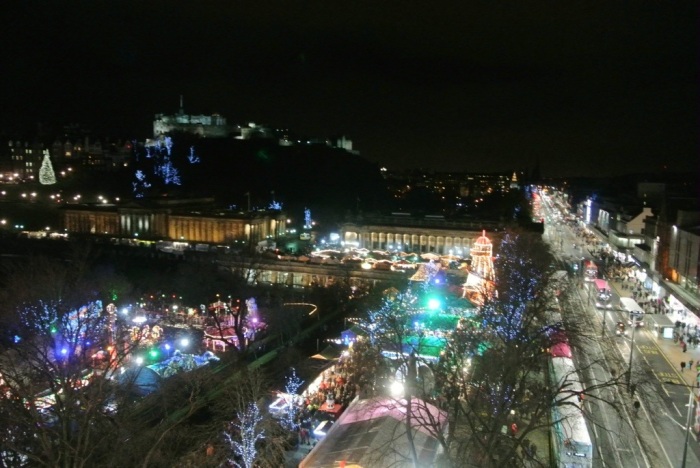