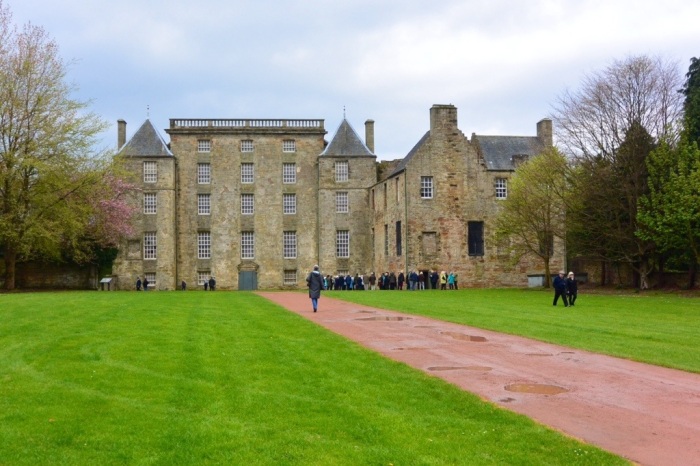 Look at the beautiful building above. Can you imagine that Kinneil House was almost torn down in the 1930s? For centuries, it belonged to the Dukes of Hamilton, but when it was sold to the local council they started on this dreadful act of vandalism. Fortunately, they had the sense to stop when they discovered under the plasterwork some impressive Renaissance wall paintings, said to be the best in Scotland if not the UK. Today, the house is managed by Historic Scotland which, along with the Friends of Kinneil, organises regular open days. We went along this weekend.

The most impressive thing is, of course, the paintings. You can view them in the Arbor Room and the Parable Room (so-called because the story of the Good Samaritan is illustrated there) and there are isolated panels on view in the museum room. Here are some examples.

The Hamiltons didn’t always live in the house – sometimes they had tenants, including John Roebuck, one-time business partner and sponsor of James Watt. The ruins of the workshop he built for Watt to work on his steam engines are still behind the house. 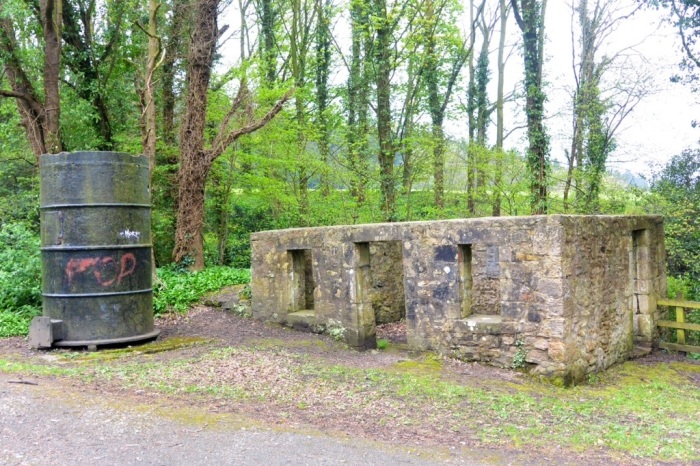 Kinneil was at one time a thriving village, but all that is left of it is another ruin – the church. Other than that, there’s just a big field and a few traces of even older occupation – a Roman fortlet from the Antonine Wall. 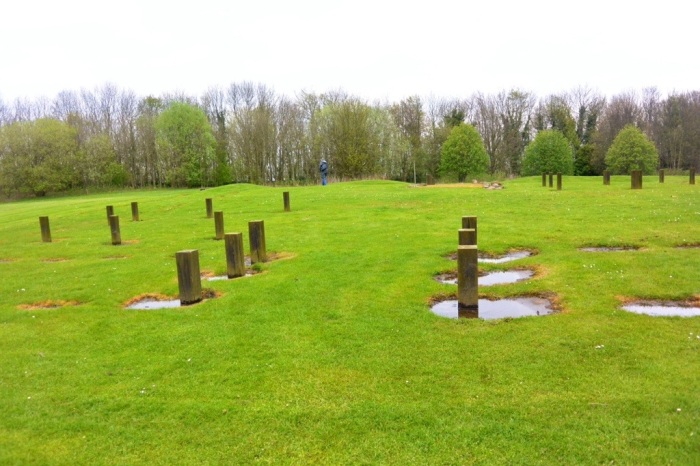 Before we left Kinneil we took a few photos of the mini-Kelpies. The “real” Kelpies are a recently opened artwork (in nearby Falkirk) which tower over the M9. These are still big enough to be impressive.

As Kinneil declined, the neighbouring town of Bo’ness (Borrowstounness) grew. We stopped off there to view the Bridgeness Slab, a replica of one of the best Roman finds in Britain. The original once formed part of the Antonine Wall and was discovered in Bo’ness in 1868. Nearby was the attractive Bridgeness Tower, the remains of a windmill built in 1750 but now a private residence, and Kinningars Doocot (dovecote) which started life as an engine house for a pump to remove water from mines on the Grange Estate. It was converted in the early 19th century when coal supplies were more or less exhausted.

Not far away were Carriden Parish Church and Old Carriden Church. The latter is now a ruin but the graveyard is interesting. It includes a memorial to the above-mentioned John Roebuck, James Watt’s partner, which wasn’t particularly photogenic – I was much more taken with the little angel adorning the grave of Annie Stevenson. I thought it would be Victorian, but it’s newer than it looks – Annie died in 1940. I also liked the way that a garden has been made inside the roofless church. 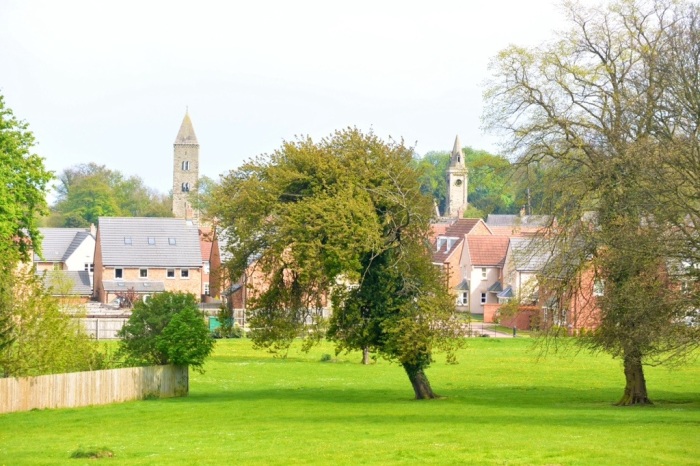 This was a lovely day out – I knew about Kinneil House and remember visiting in the 80s, but I had no idea there was so much other history in the area. Obviously, I still have a lot to learn about Scotland even after half a lifetime here.