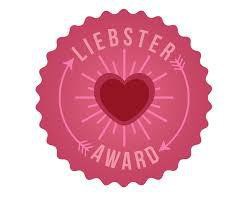 I made a lot of new blogging friends during April’s A to Z Challenge, and afterwards two of them very kindly nominated me for a Liebster Award. They were Birgit of BB Creations, who specialises in crafts but wrote about old movie stars for A to Z, and Lori of Writing, reading and the pursuit of dreams who writes about her “self-publishing journey and other literary moments.” You should definitely check them both out!

So what is a Liebster Award, I hear you ask? It’s awarded by bloggers to fellow bloggers and the rules are:

1: List 11 random facts about yourself.
2: Answer 11 questions from the blogger who nominated you.
3: Nominate 11 more blogs who have fewer than 200 followers and let them know they’ve been nominated.
4: Post 11 new questions for those bloggers to answer.

My first reaction was gratitude at being recognised. However, this took place in May so you will notice that there has been a significant time-lapse. That’s because my second reaction was “What on earth shall I write!?” 11 facts, two sets of 11 questions and 11 new questions – 44 things to think about! I quickly realised my mistake – one set of 11 facts would do, whittling it down to 33, but I still haven’t managed it. However, over the last couple of weeks, I have been jotting down answers to Birgit and Lori’s questions and some of them were even the same! So I’m ready to partially answer the challenge. Here we go!

So there we are! Better late than never, and better partial than not at all – I hope Birgit and Lori think so anyway. Thank you once again, ladies, for thinking of me.