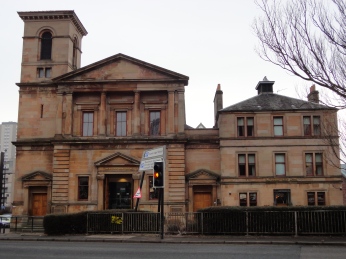 The National Piping Centre serves as a national and international centre of excellence for the Great Highland Bagpipe and its music. The building was formerly Old Cowcaddens Church, built in 1872, and now comprises a school with rehearsal rooms, an auditorium, the Museum of Piping, a reference library, conference facilities, a hotel and a restaurant. Quite a place!

The photos below were taken on a visit to the museum and library a few years ago and feature my friend, James Beaton, the Piping Centre’s Librarian, playing his bagpipes. 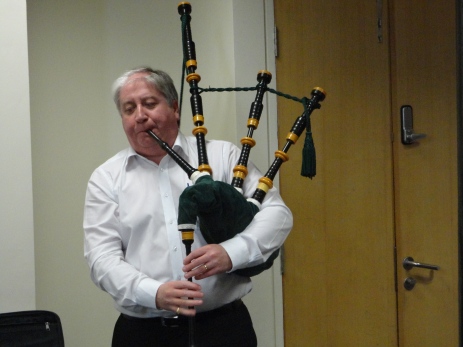 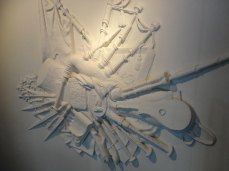