August 24, 2015 44 Comments
On a glorious morning we set out for the southern tip of Mainland Shetland to visit Jarlshof and Sumburgh Head – there’s a lovely cliff walk between the two sites. We started off with morning coffee in the Sumburgh Hotel and thought we might be back in time for lunch, but there was so much to do that we only made it in time for afternoon tea and cakes. Not complaining….

You might think Jarlshof sounds like a Viking name, but it was actually coined by Sir Walter Scott. It’s my favourite of all the archeological sites we visited on Orkney and Shetland because its multiple layers cover such a long period from the late Bronze Age to the Middle Ages. The picture at the top of the post shows the remains of a medieval farmhouse. There are also oval-shaped Bronze Age houses, an Iron Age broch and wheelhouses, Viking long houses and a 16th century laird’s house. The site is run by Historic Scotland and includes a small visitor centre.

After a wander round Jarlshof, we set off along the cliff-top path, with the lighthouse at Sumburgh Head clearly in view ahead of us. 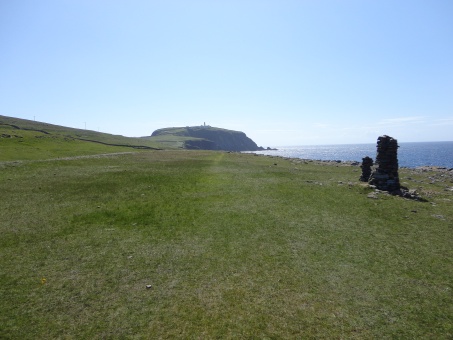 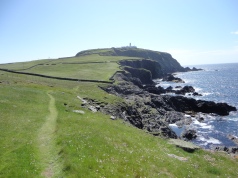 It’s not very far, but there were many stops to look over the cliff edges (safely!) to see birds – so many birds. The puffins are my favourite – and presumably John’s too as he took umpteen photos of them. 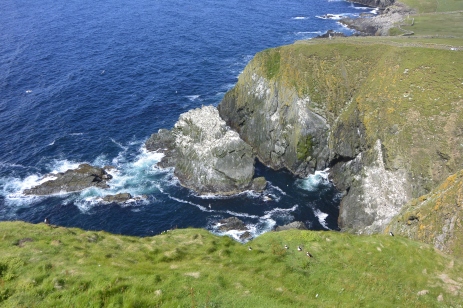 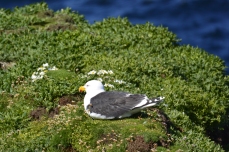 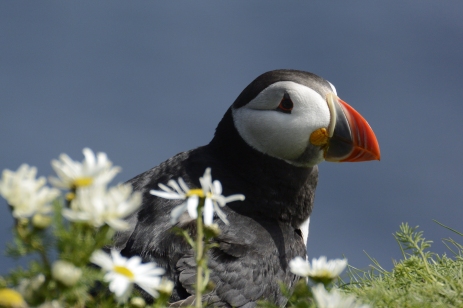 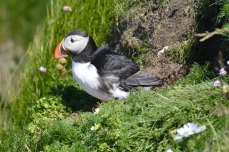 We spent a lot more time at the lighthouse than we expected – I don’t remember there being such an extensive visitor centre last time we were there. You can even rent holiday accommodation there if you wish (though not in the tower itself). 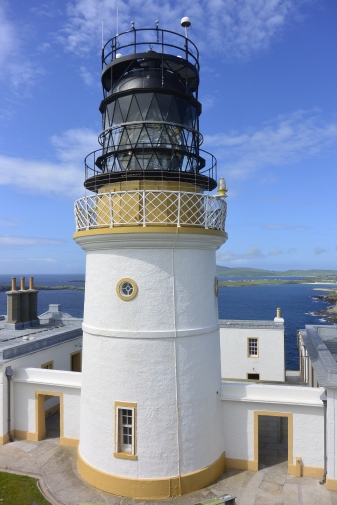 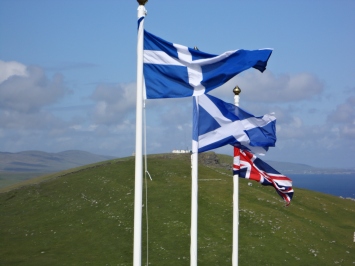 Flags of Shetland, Scotland and the UK.

Finally, it was time to turn round and return to the Sumburgh Hotel via the other side of the Head. As the lighthouse retreated into the distance behind us, Sumburgh Airport came into view ahead, and from there it was a short drop down to the hotel. 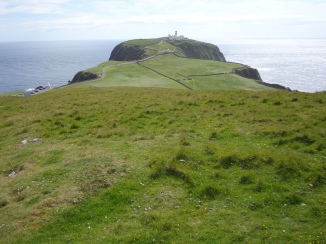 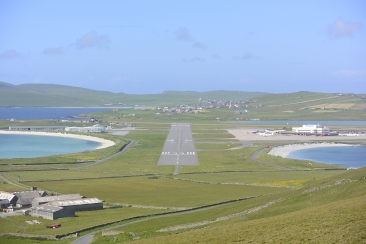 I’m linking this post to Jo’s Monday Walks. I wonder where everyone else is taking us this week?