A walk round Utrecht

The second day trip we took from Amsterdam last year was to Utrecht. Again, it was an easy train journey to a lovely historic city, by far the oldest we’ve seen in the Netherlands – it dates back to a Roman Fort built around 50 AD.

Instead of a walking map as in Haarlem, this time we had a little booklet with photographs of the main sights, so I might do a better job at identifying the buildings we saw. To start with, here are the medieval city castles of Oudaen (c. 1276) and Drakenburg (11th C) which face each other across the Oudegracht. It was much later in the day when we got round to Drakenburg, probably the oldest brick house in Utrecht, but I’ve included all the pictures here. 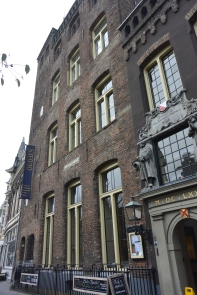 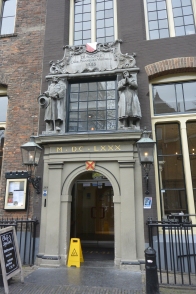 The first Dutch department store, with the unlikely name of Winkel van Sinkel, dates from 1837 and has four huge classical Greek statues as pillars. Again, I’ve included a picture as we passed it in the morning and a shot from later in the day. 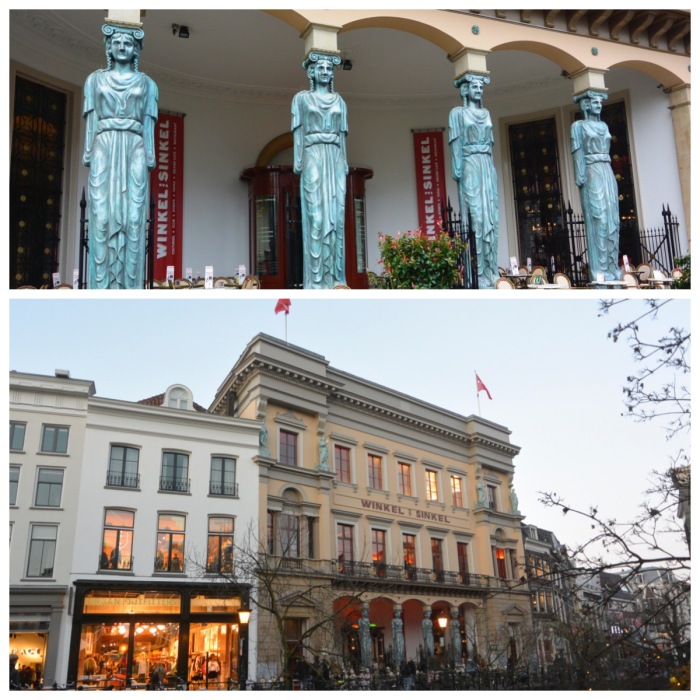 We were heading for the Dom, or cathedral, which wasn’t very difficult as you can see. Just look for the tower! Although, at this time it was trying to hide in the mist. 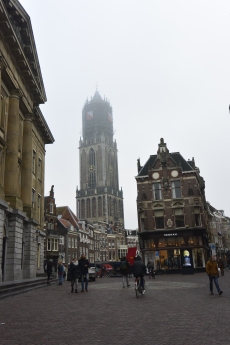 We were surprised when we got there to find a large open square, the Domplein, between the tower and the rest of the cathedral – it has been this way since the nave was destroyed by a tornado in 1674! We spent sometime looking around inside what was left of the church: this was December 1st, hence the nativity scene (by Dick Bruna – more of him later). 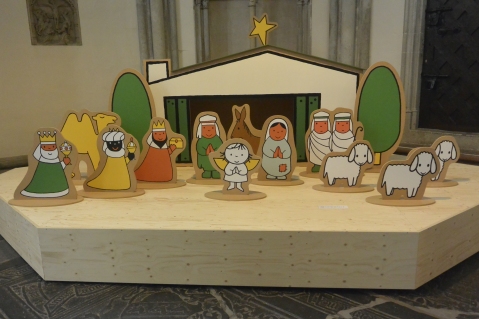 Next to the Dom is the Academiegebouw, richly decorated home of Utrecht University: 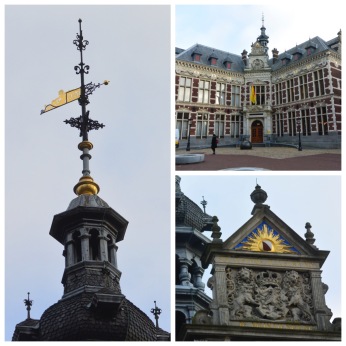 And next to that, is the entrance to the peaceful Pandhof:

We now had a choice before moving away from the Dom. We could either climb the tower or go underground, but we didn’t have time to do both. We decided we’d been up many cathedral towers so exploring underground was the better bet. Just time to have lunch and a warm up, before setting off on the tour!

DOMunder takes you underneath the Domplein through the huge pillar foundations of the cathedral where archaeological finds dating back to the Romans are displayed. An interactive flashlight brings history to life, including “experiencing” the destructive tornado of 1674. No photography was allowed, so do follow the link at the beginning of the paragraph if you want to know more. It’s very good, especially as an English-speaking guide was provided for us as the only non-Dutch people on the tour. This guide was the only person in the whole week we were in the Netherlands who mentioned Brexit to us – in disapproving tones: “So. You are still doing Brexit?”  I was quick to point out that we were from Scotland where over 60% of those who voted chose Remain, but it seemed to cut little ice.

After our tour, we resumed our walk. The house with the turret was built around 1400 for a canon of the Dom chapter but is now used by the university. The red and white house was built by order of Pope Adrian VI (1459-1529) who was born in Utrecht, but he never lived there. The statue is of him. The French Baroque black door is a former Mayor’s house, and the other two images in the gallery below are just pretty street scenes that I like. 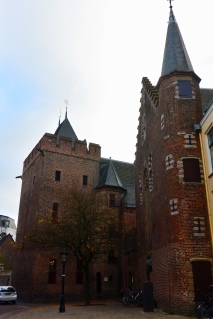 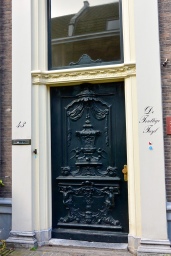 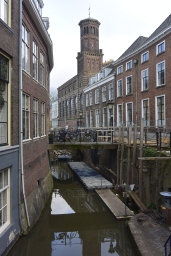 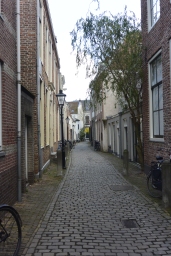 Next stop, the park at Lepelenburg where Dick Bruna strikes again – John was rather taken with this urinal, but I wouldn’t let him use it!

Onwards! So many more lovely buildings – hover over the gallery for captions, or click on any picture for a slide show. I’m running out of words! 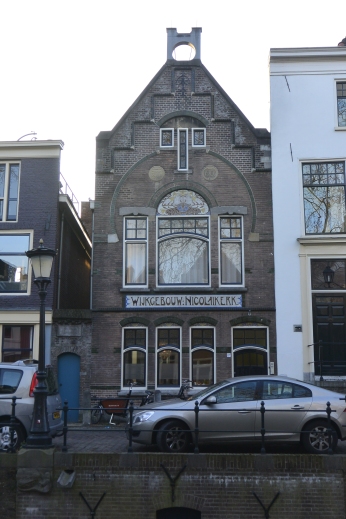 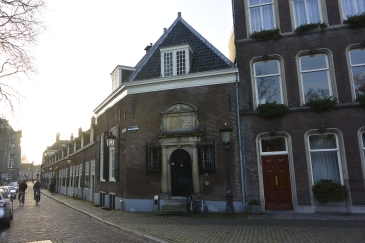 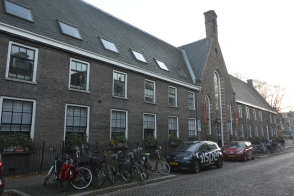 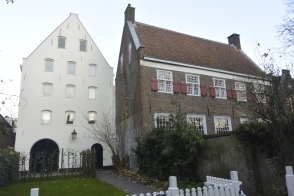 Pilgrim on the way to Santiago de Compostela 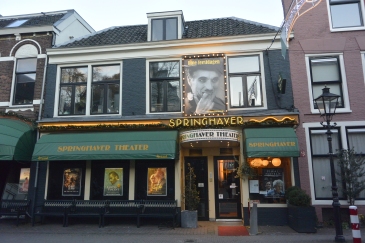 We’ve already come across Dick Bruna a couple of times. This well-loved children’s writer and illustrator was born in Utrecht in 1927, and died there in 2017. Outside the Conservatoire, the last building in the gallery above, we came face to face with Bruna and Miffy, his best known character. We’d already passed the Miffy Museum – I wish I’d taken my hat off for that photo, but it was COLD! I think the tributes are all rather sweet.

Home stretch now! The light was fading as we came back round to the Dom (where the tower had now emerged from the mist) and made our way to the station. 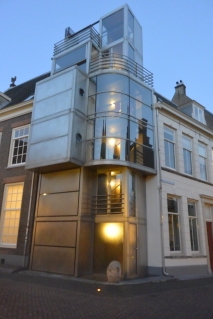 This was our last night in Amsterdam, but we’ll soon be back. Our friends that we travel with each May have only made one brief visit to Amsterdam. They saw some of our photos and suggested we went there together, and John and I could act as tour guides! I can’t wait – not least because in May I shouldn’t need my woolly hat …

Linked to Jo’s Monday Walk – today she’s in South Shields, somewhere I knew well in childhood, where she discovers a Roman Fort.