For generations, families packed their bags for Glasgow Fair, the fortnight in July when all the factories closed, and took a boat doon the watter to one of the Clyde resorts for their holidays. The Waverley is a relic of those days – the last seagoing paddle steamer in the world. I hadn’t travelled on her since my childhood until John and I took a day trip down the Firth of Clyde one Sunday this month. As we set off, we left behind the view you see above: all of these Glasgow icons have appeared in the blog at one time or another.

The cruise, to start with, was a mixture of heritage and industry – sometimes both together, as below where the 15th century Newark Castle is almost dwarfed by Ferguson’s Shipyard at Port Glasgow. 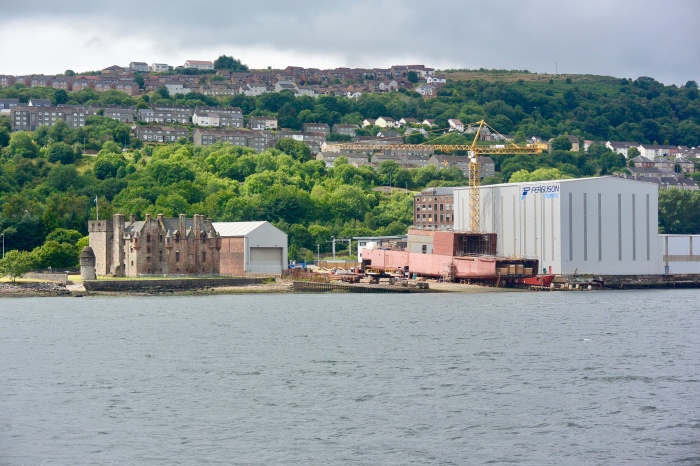 We shared the river with other vessels – here a Clyde ferry is waiting at Wemyss (pronounced Weems) Bay.

And when we got into more open water, the view was dominated by the distinctive “sleeping giant” form of Arran. 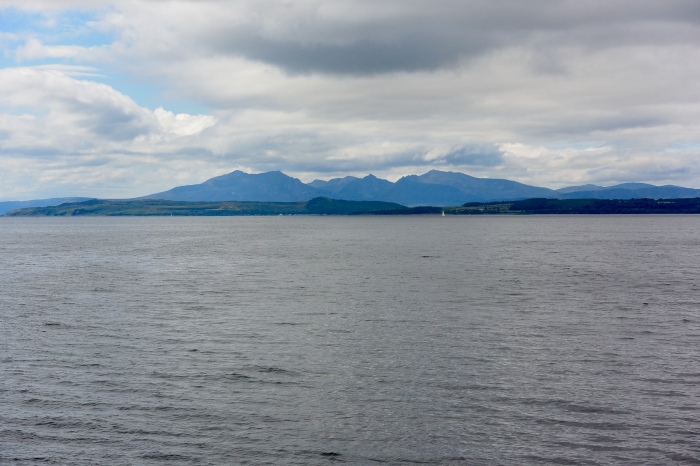 The skies were quite grey, as you can see, and it was windy and cold on deck. However, fleeces and cagoules dealt with the temperature and we stayed in the open most of the day, only disappearing downstairs for a beer towards the end. That, and a delicious Thai curry on the way home, rounded off a great day out. 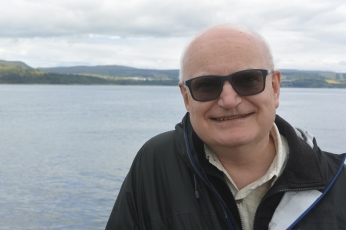 We enjoyed that trip so much that the following Sunday we headed to the other side of the country to take a trip on the Firth of Forth. The pier at South Queensferry lies just underneath the Forth Bridge from where we waited for our boat, Maid of the Forth, to come in. 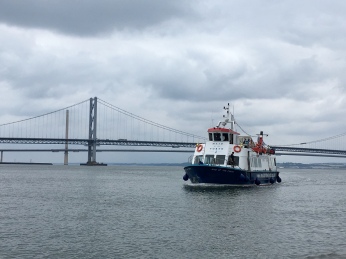 We sailed under the bridge towards Inchcolm Island, passing several rocky outcrops populated by cormorants (which are doing really well this year, after some lean times). 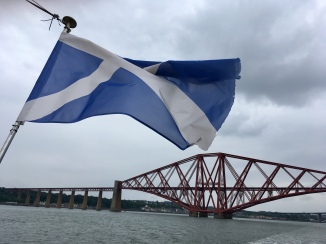 We had 90 minutes ashore to explore the island and its abbey, the earliest parts of which are 12th century. We had booked a tour and our guide, David, was excellent. 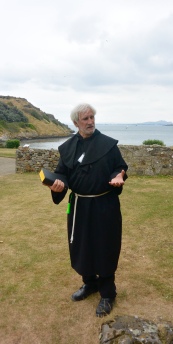 After David left us, we climbed the bell tower (the narrowest spiral staircase I’ve ever been up, followed by a steep ladder) from where we could view the rest of the island, including some Second World War defences. Then we still had time for a quick walk where we saw lots more seabirds.

Climbing to the bell tower

Inchcolm from the bell tower 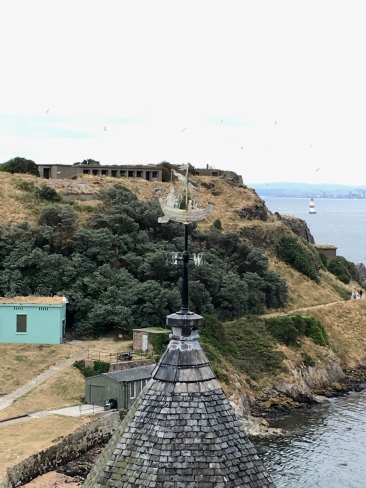 Inchcolm from the bell tower 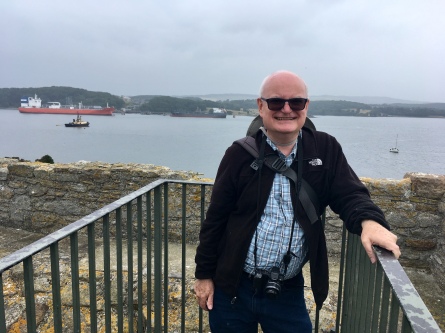 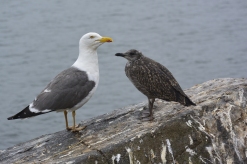 As the boat left, we passed “Inch Gnome” and some very relaxed seals before sailing under all three bridges – 19th century Forth Bridge (rail), 20th century Forth Road Bridge and 21st century Queensferry Crossing.

On top of the Forth Bridge, we could see the viewing platform we visited last year. It was raining slightly by this time, and most people stayed below (wimps!) leaving me space to get a selfie at the back of the boat 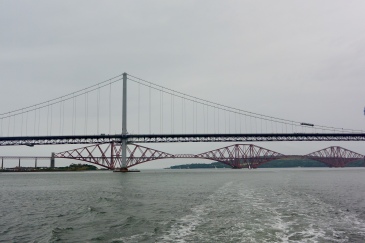 Forth Road Bridge and Queensferry Crossing 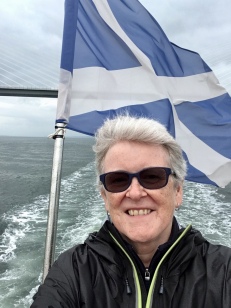 Anabel on Maid of the Forth

Forth Road Bridge and Queensferry Crossing

Finally, we returned to South Queensferry. Just opposite where we had parked the car was this lovely Nessie made by local schoolchildren. 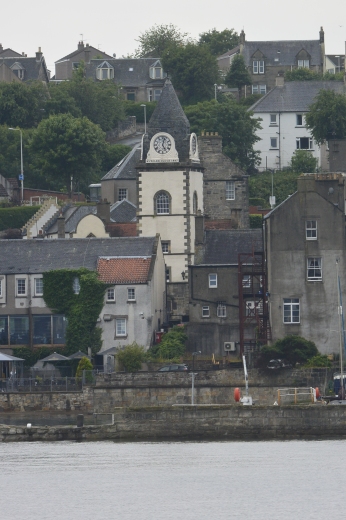 Another fabulous day out! If you’d like to do either of these trips, check the links below for timetables and tickets. Even if you’re not in Scotland you could catch PS Waverley, as she also visits the Bristol Channel, the South Coast, the Thames and the Irish Coast later in the year.

Scotland, UK Glasgow, Inchcolm, Maid of the Forth, River Clyde, River Forth, Waverley