Haltwhistle: the Centre of Britain

The name Haltwhistle comes from “Haut Whyslie” or “high watch between two rivers”. So I learned on our recent visit to this small, Northumbrian town.  Its Market Place dates back to 1207 when King John granted a Charter for weekly markets and two fairs to be held each year.

The town also claims to be the Centre of Britain. Here I am at the marker points this year, and on a previous visit in 2010.

At the Centre of Britain 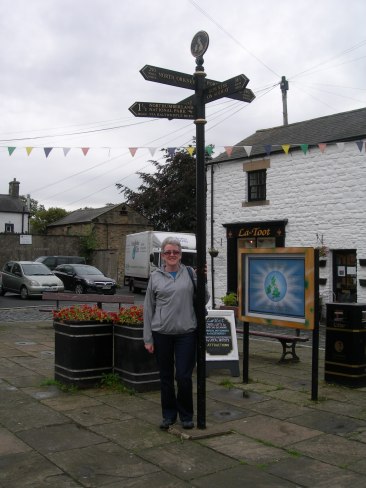 If it surprises you that Britain’s centre should be located so far north, as it did me, see the diagram below. Convinced? Well, maybe. It is definitely plausible, although there are other places which make similar claims. 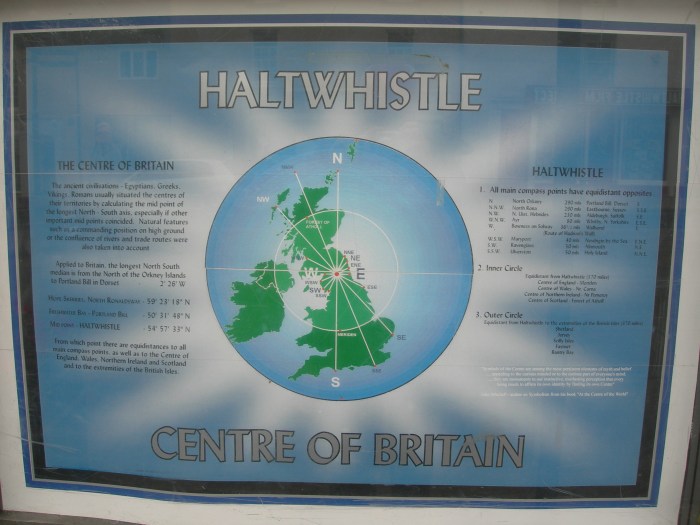 Whatever, the town certainly makes the most of it as a marketing concept with a Centre of Britain hotel, launderette and shops. 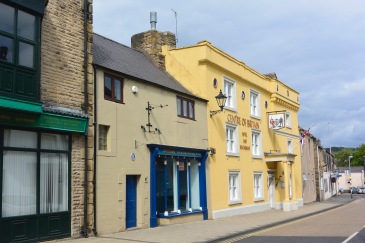 Many of the buildings around the market place originated as Bastles, including the hotel above. These are 16th/17th century defensible houses built to provide protection from border skirmishes between the English and the Scots. Haltwhistle has the highest number of bastles, 6, remaining in England.

It also has a fine example of 13th century architecture in the Church of the Holy Cross, with the addition of 19th century stained glass windows made by the William Morris Company. 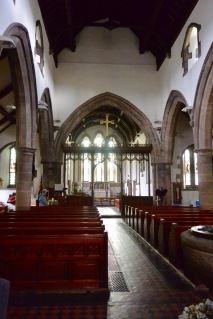 Font, Church of the Holy Cross

I knew nothing of this heritage when I was five years old. What is the significance of that, you might ask? Well, this is the town in which I was born, and five is the age at which my family (by then including a younger sister) moved away to the bigger town (now city) of Sunderland. The War Memorial Hospital has been rebuilt in the last few years (and hasn’t had maternity services for decades) so I had to go online to find a picture of it as it was in the 50s and 60s.

Haltwhistle, Memorial Park and Hospital c1960 from The Francis Frith Collection. This is where I was born!https://t.co/dCUuI6Wlj7 via @francisfrith

In 1960 my sister was also born there. In those days, women were confined for almost two weeks after a birth. I wasn’t quite three, but I have clear memories of that time – one of my aunts came to stay to help Dad look after me (no such thing as paternity leave in those days). Every morning I received a postcard from my mum, and sometimes a gift that my wee sister had (allegedly) sent via Dad at visiting time: I particularly remember a small baby doll in a wicker cradle.

Children weren’t allowed to visit the wards, and one day Dad held me up to talk to Mum through the open window. I thought I was going to be handed in to her and screamed all the way home when it didn’t happen (and she tells me she took herself off to the bathroom to howl too).

And this was that home – the Methodist manse in Moor View. The colour image is 2019, the old photos show Mum and Dad posing proudly outside their first married home, probably in 1956. 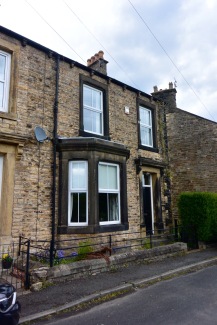 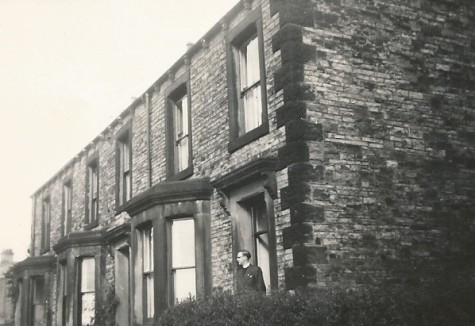 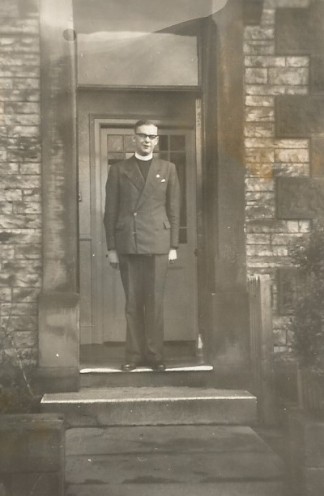 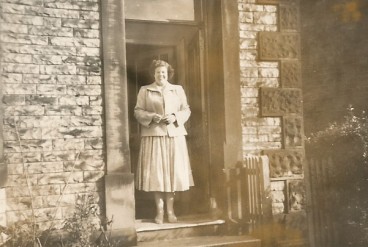 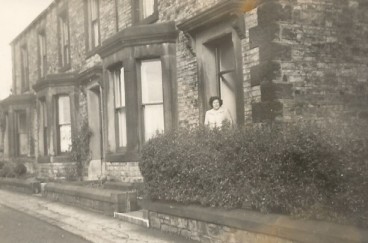 And here am I at 15 months, toddling in the garden behind that big hedge at the side which looks much the same in 2019 as it did in the 1950s, and the whole family together a few years later.

The house was near the railway bridge – that hasn’t changed much either. This is my late Uncle Jim posing on it in the 1960s when it was fairly new – the stone work is dated 1953.

The railway station is also well-preserved – although now unstaffed, it retains its 1901 signal box, in the shape of a ship’s keel, and other buildings.

Finally, this is the church we went to – one of several where my father was minister – the Primitive Methodist Chapel of 1864, known as Castle Hill Methodist Church when we were there. It has since closed and both it and the Sunday School building, seen on the left behind the church, are private houses. The other Methodist church in town, Westgate, is still functioning. 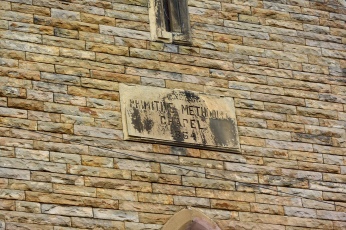 After our brief, nostalgic (on my part) visit to Haltwhistle we drove on to our final destination for the day: Allendale, where we were to spend a long weekend with friends. More on that next time.