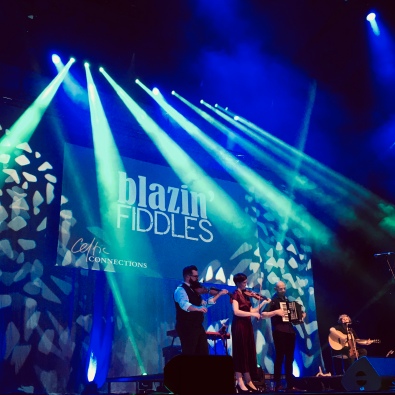 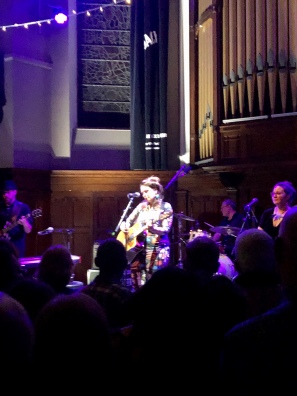 Festival Ale at the Concert Hall

The weather has been dreadful – rain, rain, rain. Our only day out away from Glasgow was an exception – a bright, cold Sunday in Stirling. Some aspects of that day have already featured as part of Becky’s January Squares Challenge, and there are so many other photographs that I feel it merits a post of its own. However, we did quite a lot of wandering around Glasgow, always searching for interesting details. For example, I didn’t know before that the CCA (Centre for Contemporary Arts) on Sauchiehall Street is housed in a ‘Greek’ Thomson building (Alexander Thomson, 1817-1875, so-called because of the many Grecian features of his architecture). It’s obvious when you look up! 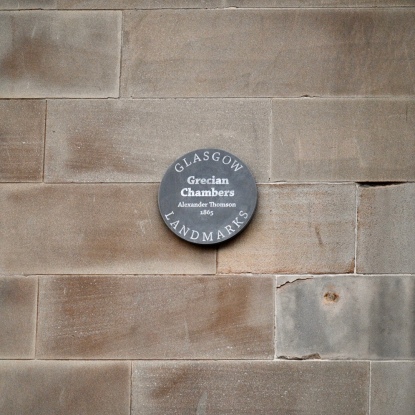 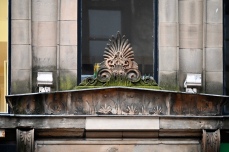 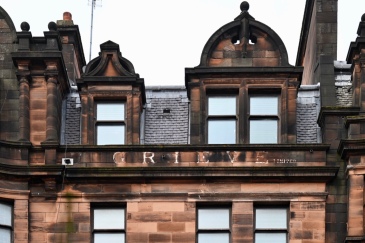 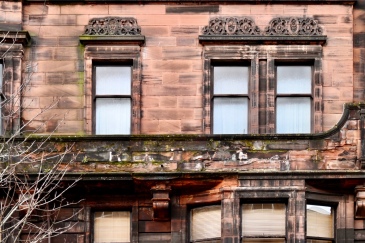 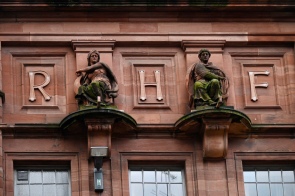 Round the corner at Charing Cross are the magnificent Charing Cross Mansions and the drunken-looking Cameron Memorial Fountain. No longer in use, it was built as a tribute to Sir Charles Cameron (1843 – 1913), a much respected newspaper editor and Liberal MP. Some say its tipsy lean is due to subsidence from the building of the nearby M8 motorway in the 1960s, but apparently photographs from the 1950s show that it was already listing then.

Moving down to Argyle Street, I have long been fascinated by the Buck’s Head Buildings – also by Alexander Thomson (1863). I was glad John had his camera with him to get a close up of the buck itself, now sadly eroded. 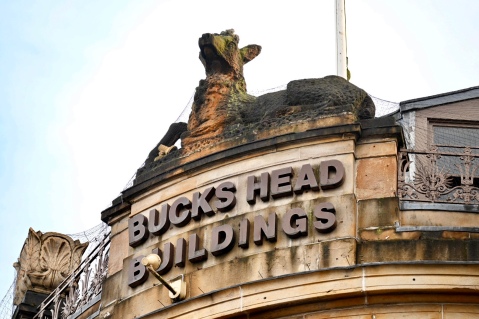 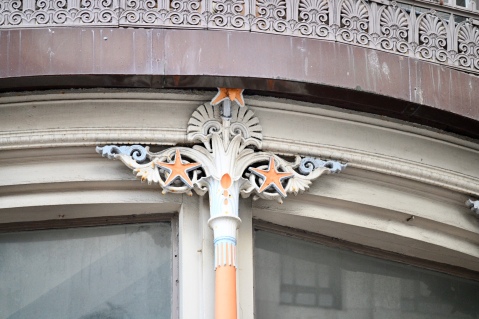 We were on our way to Street Level Photoworks at Trongate 103 to see their Oscar Marzaroli exhibition (on till 15th March). Italian-Scot Marzaroli (1933-1988) photographed Glasgow from the 1950s to the 1980s, often concentrating on the poorer areas. Many of his images are very well known – I particularly wanted to capture Gorbals Boys, three young lads playing in high-heeled shoes, but it was in the corner by the window and the reflections were terrible. For comparison, see the sculpture by Liz Peden which reproduces the scene in today’s more modern Gorbals.

Marzaroli was a friend of artist Joan Eardly, and I loved the portrait shown below of some of the Samson children whom she often used as models. Another comparison – check this link for an example of Eardley’s painting and a picture of two of the Samson children as they were in 2016. Bonus image – a smiling John in the gallery complex at Trongate 103. 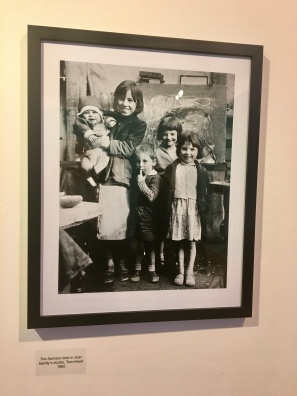 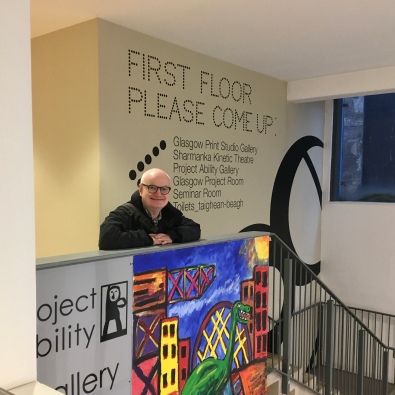 At the beginning of January, I noticed that many of the Big Heids seen around town had been upgraded to Christmas versions, and some of them had acquired wee pals. 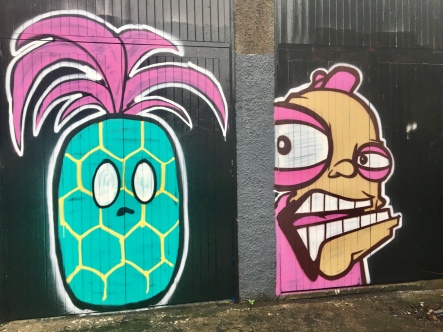 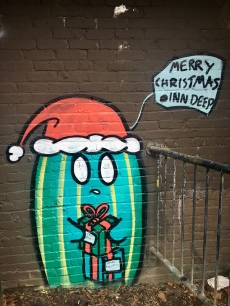 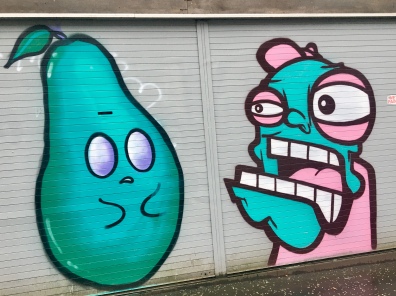 Where’s a bench challenge when you need it?

Can it really be 5 years since Jude was looking for our benches? My eye was caught by this one in George Square, set up in memory of a long running equal pay dispute with Glasgow City Council. 163 women died while they were waiting for their claims to be settled, a disgraceful statistic. 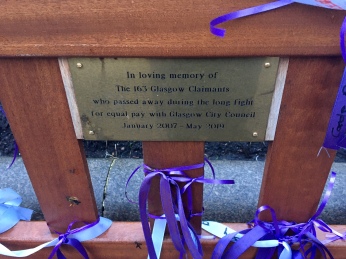 We were out at a concert on Burns Night this year. However, John was invited to a Chinese Burns Supper (not painful!) a few nights before which looks to have been a glorious cultural mix. On the same night, I was out at a party at the Women’s Library to celebrate the installation of their new boiler. I don’t have a boiler suit so couldn’t dress the part, but several people did, including my friend Anna. I’m happy to self-identify as an Old Boiler without labelling myself as such!

So after many false starts, the UK finally Brexited at 11pm on 31st January – sort of. There’s a transition period till the end of the year so not much will change till then. There were some celebrations in Scotland, but mostly sorrowful vigils – this country voted to remain by 62%. In Glasgow that figure was almost 67%, and in typical Glaswegian fashion Wellington’s traffic cone was updated to suit the occasion. 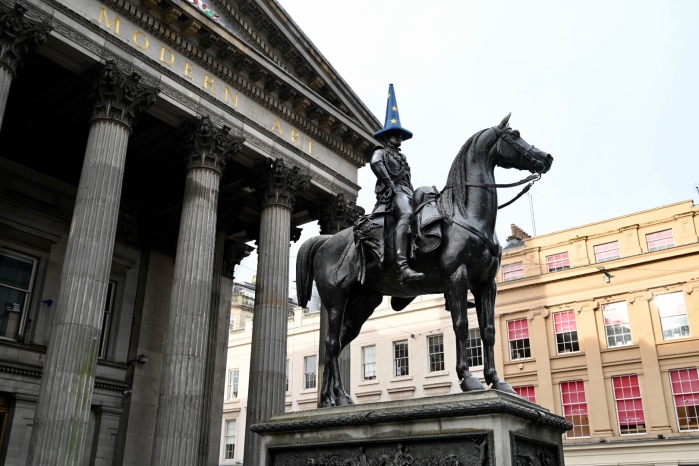 So those are my January highlights – better late than never! Happy what’s-left-of-February to you all.