On our second day in Newton Stewart last December we drove to Loch Trool, about 8 miles away, to take the 5 mile walk around its shores. We parked near Bruce’s Stone and started by climbing the small mound to view this huge boulder. It commemorates the battle of Glen Trool which took place on the other side of the loch in 1307. Leading a mere 300 Scots, King Robert Bruce enticed an English force of 1500 into an ambush. The Scots rolled boulders down the steep slopes knocking men and soldiers into the water with archers picking off the survivors as they fled. Today it looks much more peaceful. 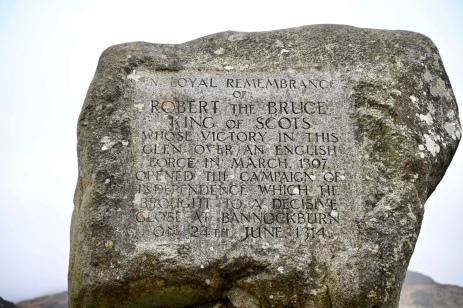 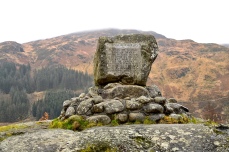 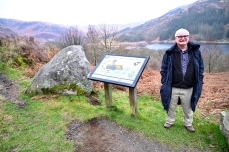 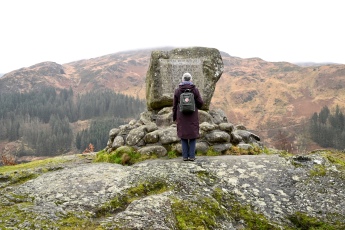 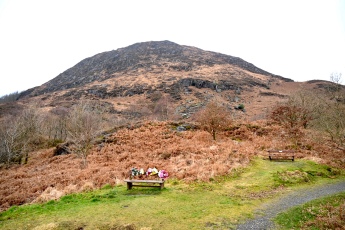 Looking back from the stone

Retracing our steps to the road, we looked for the path down to the loch, and followed it across several burns to Glenhead Farm. 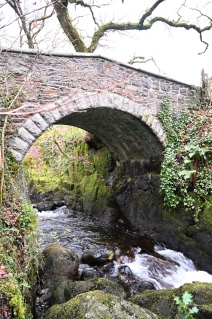 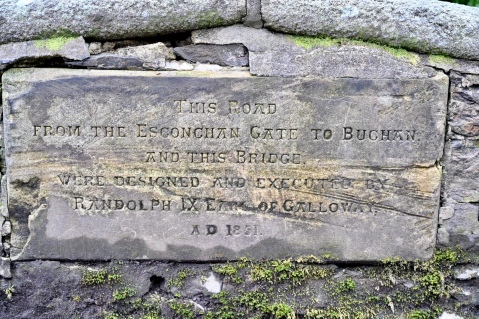 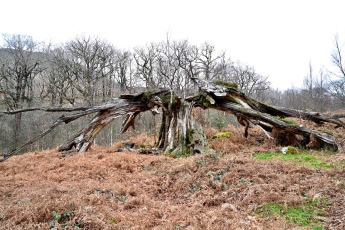 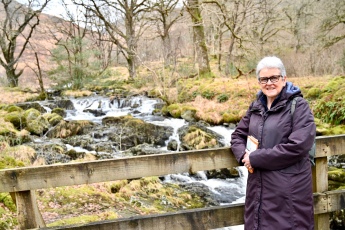 The words at the farm are by Galloway novelist SR Crockett (1859-1914) and read “Glenhead I saw for the first time in the broad glare of a mid-noon sun. All the valley swam in a hazy blue mist…” A little different from the day we were there! 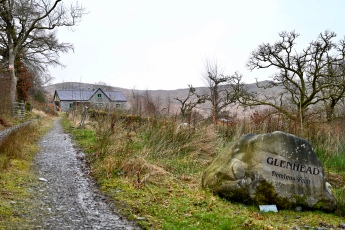 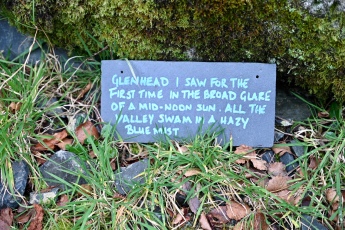 As the name suggests, at Glenhead we had reached the top of the loch and were now walking in the opposite direction (westwards) along the other side. The path, now part of the Southern Upland Way, meandered up and down from the lochside to the forest above it. Sometimes there was even a chance to rest for a few minutes. 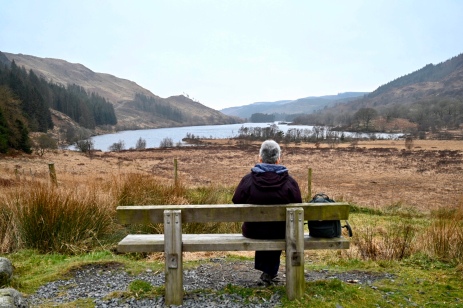 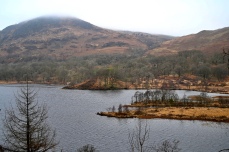 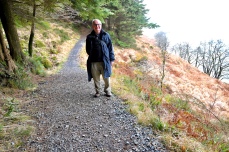 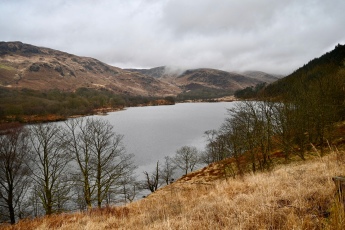 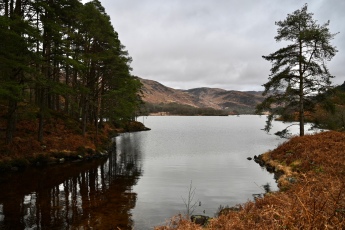 Before turning eastwards again we took a short detour to visit the Martyrs’ Tomb in Caldons Wood. The walled enclosure commemorates the death of six Covenanters put to death in 1685. 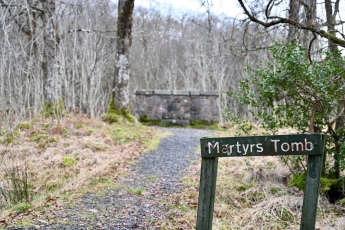 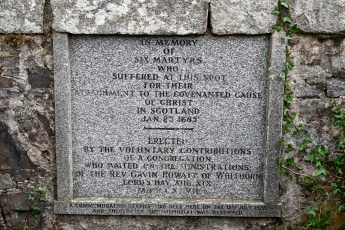 Walking back to the car along the last section of the walk we were treated to some beautiful reflections. 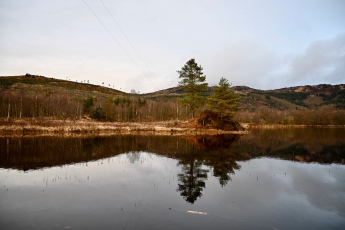 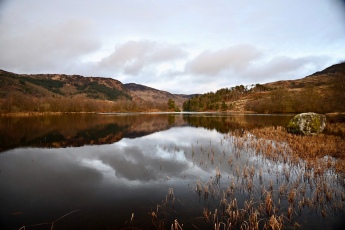 Then it was time to go back to our hotel, and the following morning we packed up and left for home. We weren’t expecting this to be the last break we would have for some time, but so it turned out.