An excursion to Stirling was one of the few days out we had at the beginning of the year before the torrential rains of February / March and the following months of lockdown. As Stirling Castle reopened on 1st August (pre-booked tickets only) this seems an appropriate time to publish my post about it which has been lingering in drafts for some months. It was a fabulous day, so be prepared for a lot of photographs!

Starting at the castle, we first of all wandered around the outside. The grey building is the Royal Palace and the golden one is the Great Hall. Views from the walls round the Palace are magnificent. 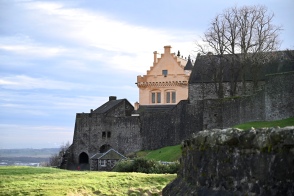 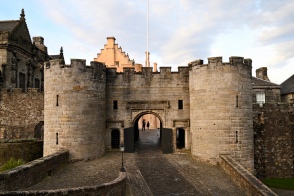 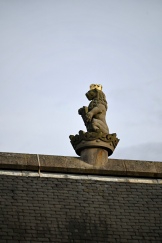 View from the walls 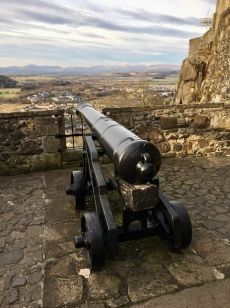 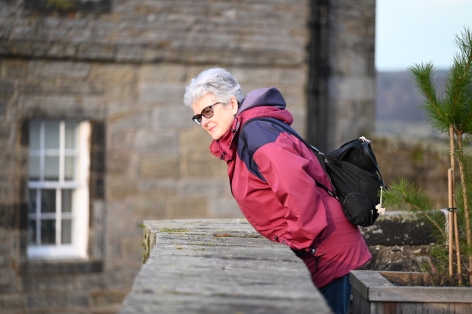 The first building we went into was the Royal Palace, one of the best-preserved Renaissance buildings in the UK, which has been refurbished to look as it might have done in the 1540s. This includes ceilings with brightly-painted replicas of the Stirling Heads (the originals can be seen in a museum onsite which we didn’t visit this time) and unicorns everywhere. The Hunt of the Unicorn tapestries are also replicas, based on a series created in the Low Countries in the early 1500s which are now in the Metropolitan Museum of New York’s Cloisters. They took 13 years to weave and cost £2 million. 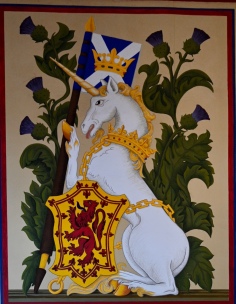 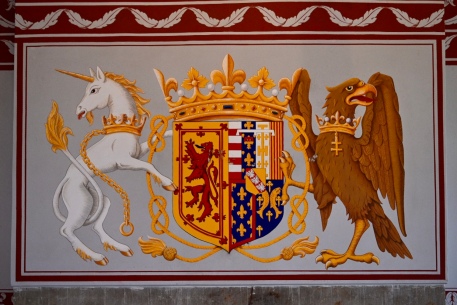 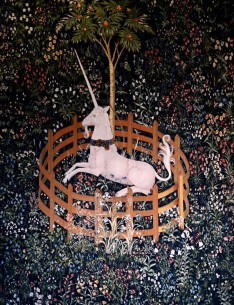 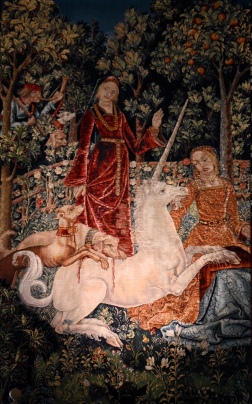 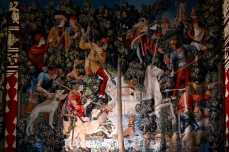 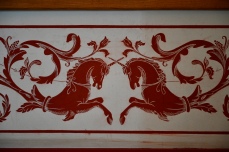 It’s not so long since you could watch part of the tapestry being woven in one of the castle’s outlying buildings (they were completed in 2014). Now the same building hosts an exhibition about the weaving process. I learned a lot from the panel of samples shown below, especially the knee samples. The single knee was woven at eight warps per centimetre which matches the 15th century originals. The other two knees are woven at four warps per centimetre, which is the warp count chosen for the replicas. This saved 13 years of production time – how much respect is due to the original weavers? What an achievement. 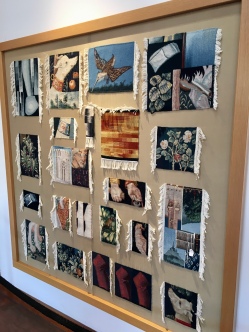 Next, we visited the Chapel Royal, built in 1593-4 on the orders of James VI who wanted somewhere suitable for the baptism of his son and heir, Prince Henry. In 1603 the Union of the Crowns saw James head south to rule from England, and in 1625 he was succeeded by his surviving younger son Charles I. The frieze was painted by Valentine Jenkin in 1628 in the expectation of a coronation visit to Scotland by the new king. He didn’t come.

The Great Hall is the largest banqueting hall ever built in Scotland and was used for feasts, dances and pageants. Completed for James IV in 1503, it has four pairs of tall windows at the dais end, where the king and queen sat, and an impressive Scottish oak triple height ceiling.

Of course, you would not expect us to miss out on a visit, or two, to the Café! Having already had lunch there, we popped back for a cup of tea before venturing out again. 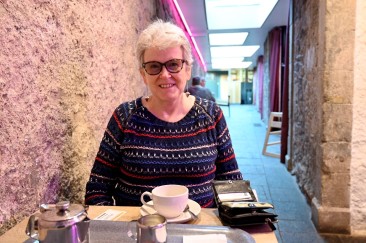 Suitably fortified , we explored the Old Town Graveyard which lies between the castle and Holy Rude Church. The ladies in the glass case are “Margaret, virgin martyr of the ocean wave, with her like-minded sister Agnes”. These were part of the educational and “improving” atmosphere of Victorian Stirling. Eighteen year old Margaret Wilson was a heroine of the Presbyterian Reformation who was executed by drowning in the Solway Firth for refusing to renounce her Protestant faith. 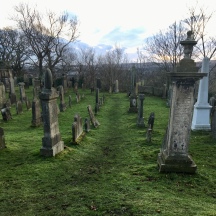 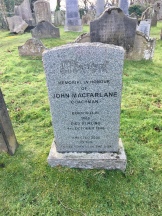 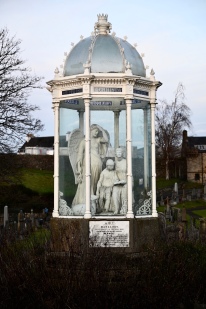 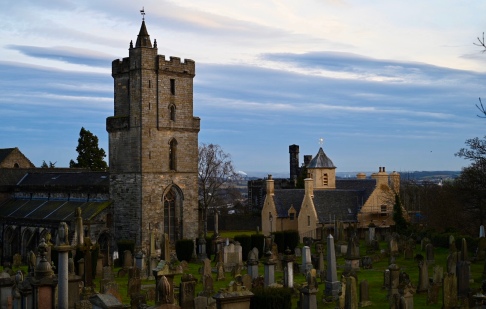 Shown below are Argyll’s Lodging (pink) and Cowane’s Trust (yellow). The former is a 17th century townhouse which can be visited with a castle entry ticket. Cowane’s Hospital, now run by a charitable trust, is also a 17th-century building. The merchant John Cowane (1570–1633), whose statue adorns the front, left 40,000 merks in his will for the establishment of an almshouse.

On nearby Broad Street is the Mercat Cross (another unicorn) and Norie’s House. James Norie was a lawyer and town clerk who built his fashionable new house in 1671.  His bewigged head looks down from the top of the roof. 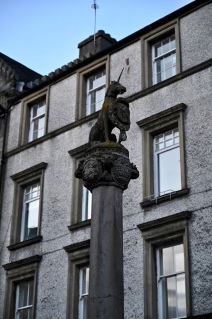 Walking further down into town we came across representations of various historic figures. A howling wolf, here carved from a tree stump, appears on Stirling’s coat of arms. Legend has it that in the 9th century a wolf saved the town by howling in response to a Viking raid. Henry Campbell-Bannerman (1836-1908) was the Member of Parliament for Stirling Burghs for almost 40 years, including a term as Prime Minister from 1905 to 1908. Rob Roy, Robert Burns and William Wallace probably need less of an introduction to anyone interested in Scottish history and literature. 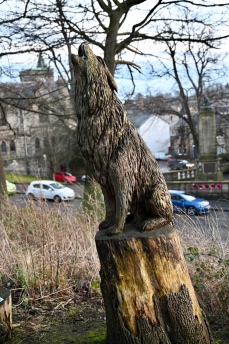 Our final stop before heading back up to the castle was outside Central Library which opened in 1904 and, like so many others, was funded by Andrew Carnegie.

As we walked back to the car, the sky began to change colour. We rushed up to a vantage point in the Old Town Cemetery from which we watched a spectacular sunset unfold. A perfect end to a perfect day. 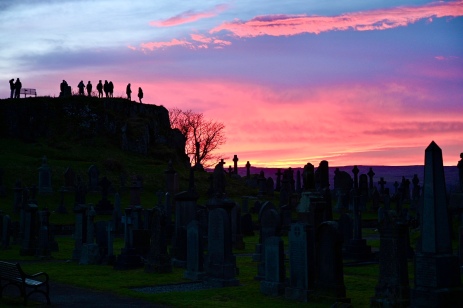 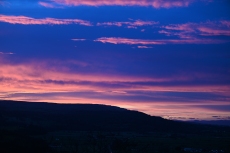 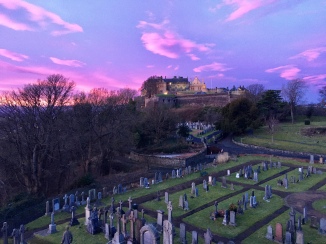