I’ve wanted to visit Glen Lyon for ages because I had heard it was really beautiful. Fortingall, where we stayed the weekend, is just at the mouth of Glen Lyon which didn’t disappoint when we explored it on Sunday. We drove from one end to the other and then climbed Meall Buidhe, the first time I’ve done a Munro in ages, and boy, did my legs feel it! However, the views almost made up for the discomfort.

The glen is dammed in several places, and the walk started by rising above one of the dams, at Loch an Daimh: 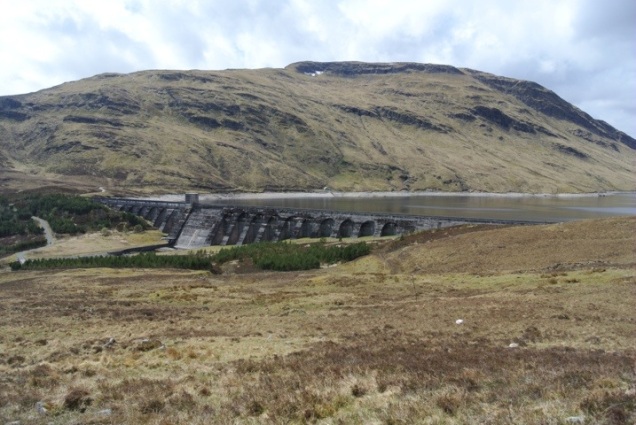 The ascent is very boggy, but the summit ridge is easier (if you don’t count getting snowed on!) 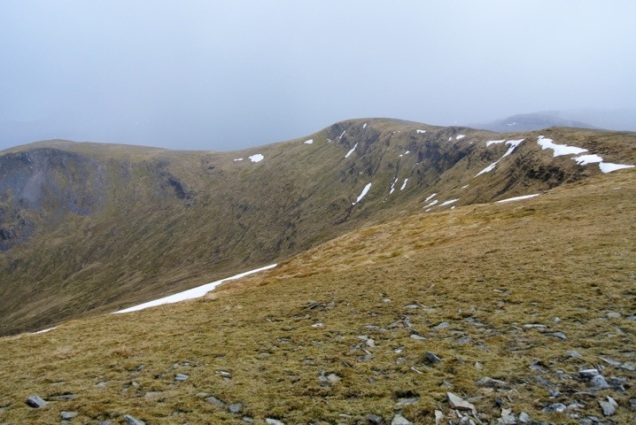 You could see Loch Rannoch and Schiehallion, which was probably the last Munro I climbed, come to think of it:

After all that effort, we felt we were due a reward and stopped at the tearoom further down the glen for a cuppa and a cream scone. It was full so we had to sit outside where we were amused by the antics of the local chaffinch population, especially when our neighbours failed to finish their scones (weirdos, huh?)

I think this one has been in the habit of over-indulging on many occasions. That’s one fat bird!