From Mabou, we drove north to join the Cabot Trail (John Cabot landed in North America in 1497, though it’s by no means certain it was in Cape Breton). The trail circles the top end of Cape Breton, including the Cape Breton Highlands National Park (founded 1936), and we joined it at its junction with the Ceilidh Trail. The first thing we noticed was the change in names – we’d passed Inverness and Dunvegan and now we were in Belle Cote with road signs again in English and French. We’d caught up with the Acadians, many of whom eventually settled here after the expulsion that I wrote about earlier in my Wolfville post.

Our base was Maison Fiset, a delightful small inn, in Cheticamp, a rather spread out strip of a town along the shore of the Gulf of St Lawrence just before the national park.

The town’s focal point was the Church of St Pierre, a dominating presence after so many pretty white churches. There always seemed to be something going on there every time we passed.

For example, this concert on the steps:

There was a pretty boardwalk at one end of town and, as luck would have it, two suitable restaurants at the end of it. We could even have eaten on the boardwalk itself at Wabo’s Pizza – had it not been raining the night we were there. At the Harbour Inn, John had a lobster dinner, I was adequately catered for and we listened to an Acadian folk singer, Sylvia LeLievre, who mixed in Lennon and MacCartney, Simon and Garfunkel, and the odd Scottish song when she heard where we were from.

We did the two most popular trails in the park, along with a couple of shorter ones. We intended to do the Skyline Trail on the day we arrived but the weather was being very Scottish and it was shrouded in mist so, as the main point was the magnificent view at the end, we went back the next day and had much better luck. It’s just under 6 miles return trip, but the path is very easy and there’s a well constructed boardwalk at the end. Although you walk along a ridge and end up high over the sea, you start at a high level too so the only climbing is the wooden steps back up from the boardwalk. The views: 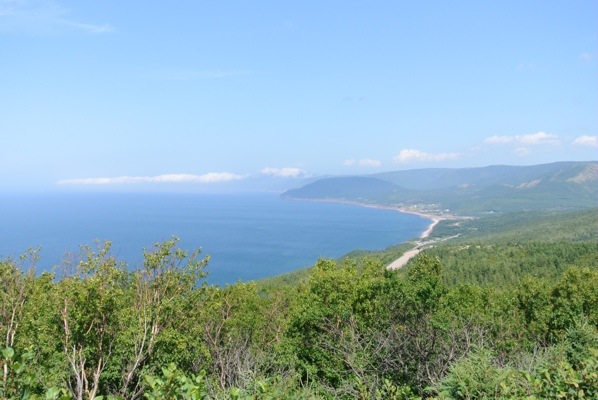 We talked to a ranger at the beginning who had examples of moose antlers, skulls and hoof prints which showed just how enormous these animals are. You can’t judge a moose by the size of his antlers apparently, because they grow them EVERY year, then once the rutting season is over they drop off. In this case, size does matter because the bigger the antlers, the healthier the moose.

Despite some people just coming off the trail telling us they had seen a moose, by the time we got there it had gone, much to John’s disappointment and my relief.

The other main trail we did was over on the east side on the way out of the park, Middle Head. This goes out along a narrow peninsula at Ingonish dividing two beautiful bays. 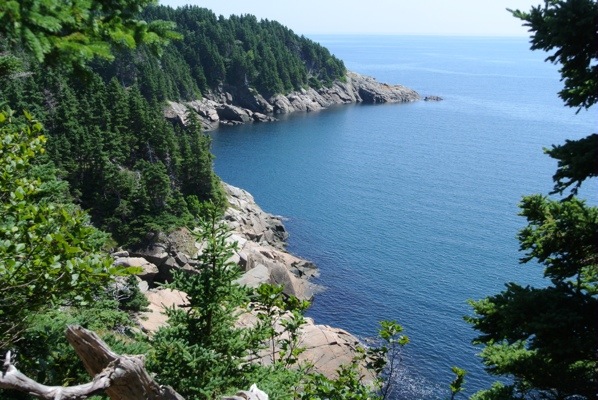 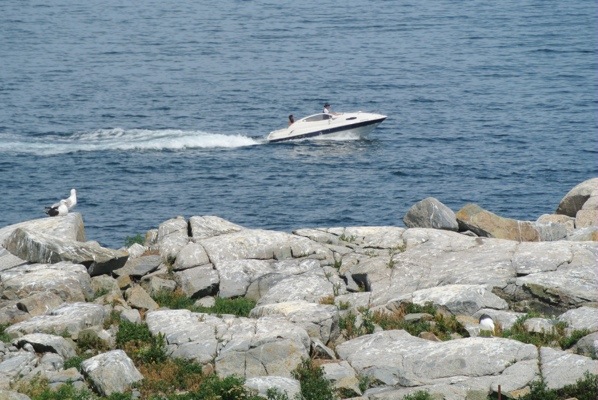 After this, we left the park and continued on the Cabot Trail to our last destination in Cape Breton. More pictures on Pinterest and Photo Journal.