A few days ago, we drove from the mountains to the sea through countryside which was unexceptional except in name. We passed through Paris, Poland, China, Palermo and Belfast! Eventually, we arrived at our target, Bar Harbor on Mount Desert Island, our base for visiting Acadia National Park.

Acadia is mostly, but not exclusively, on Mount Desert and Mount Desert mostly, but not exclusively, consists of Acadia. Confused? Not to worry; I only point this out to excuse myself, because I’ve called this post Acadia National Park but not everything I write about is necessarily in it. Acadia was intended to be the highlight of our trip, but the weather didn’t play ball and two out of three days were very wet. Still, we’re from Glasgow, we know how to handle a bit of rain, don’t we? Hmm, just look at this!

This was Day 1 when the rain was torrential without let-up. Day 2 dawned sunny and bright and that didn’t let up either. We had a wonderful time walking coastal trails and came back with about 90 pictures. Here are just a few. 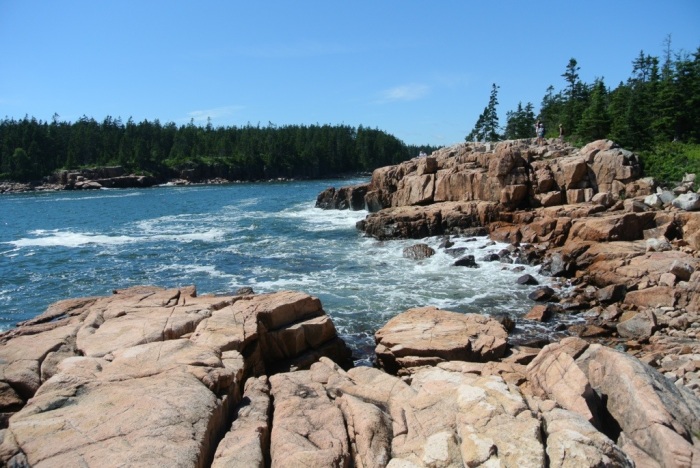 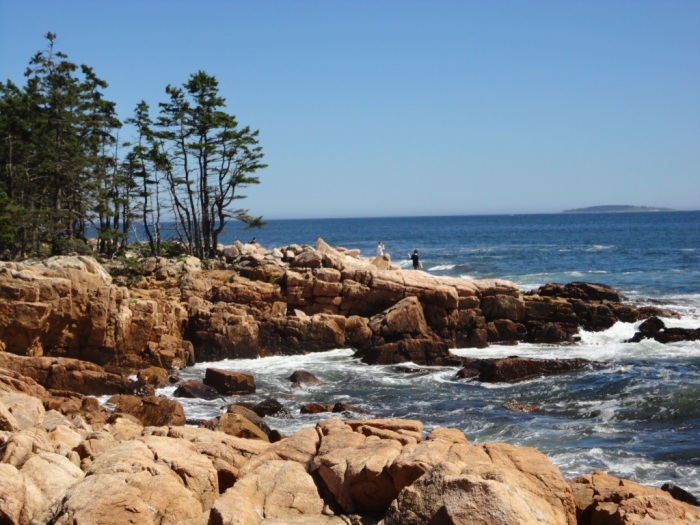 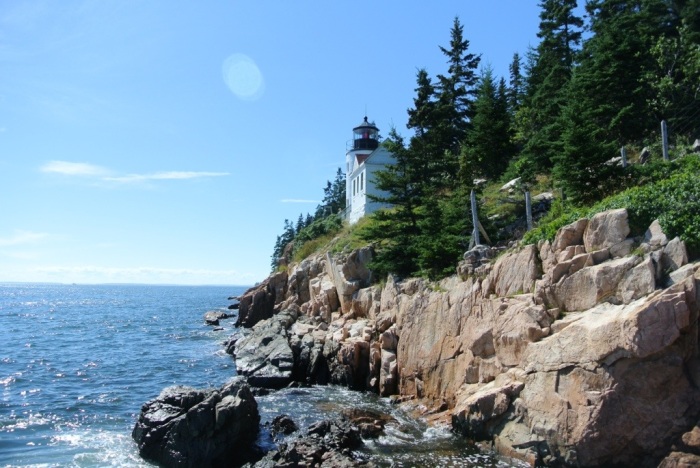 Day 3 dawned sunny and we decided on a mountain hike, but by the time we started it was drizzling and by the time we finished we were soaked again! Beech Mountain has four paths up and down and we had thought of doing a figure of eight using them all, which would have meant climbing the summit twice (it’s only 839 feet, I haven’t turned into Superwoman). However, the weather prompted us to find an easier route back to the car. Views from the top were limited, even from the old fire-tower. 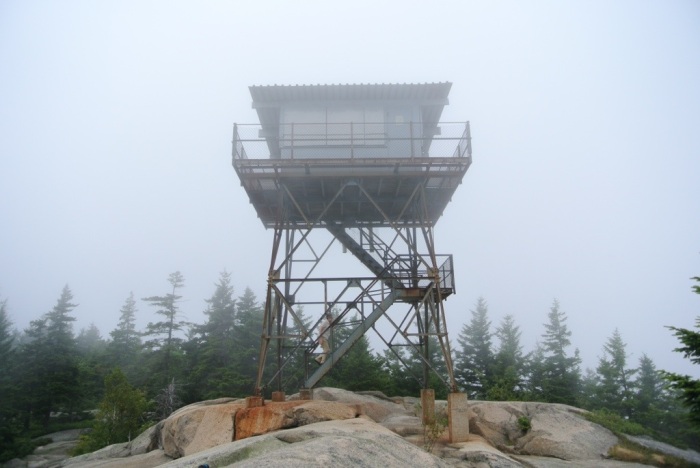 The rain slackened off in the afternoon and we spent time exploring the pretty villages of Southwest Harbor and Northeast Harbor. Bar Harbor itself is also pretty, with a definite feel of seaside-resort to one end. We’re back to Victoriana in the Primrose Inn, where everything has been thought of up to Kindles pre-loaded with the NY Times and sat-navs programmed to take you to local beauty spots.

I was also delighted to discover that Bar Harbor has an entirely vegetarian, or rather vegan, restaurant, the first of our trip. It was an unusual pleasure for me to have the pick of the menu. Eden briefly moved into top place in my New England restaurant chart, but was surpassed tonight by Havana, an American restaurant with Latin American overtones. On the other hand, if I ate at Havana again I would need to have the same dish whereas it would take me 10 days or so to work my way through the menu at Eden. Tough choices….

Tomorrow, we turn south and head down the Maine coast towards Boston for our flight home on Wednesday. We have a couple of nights in Portland en route, but it really feels now as if we are going home.