After the disappointing weather in Acadia, it was great to finish on a high with a gloriously sunny day in Portland followed by similar weather for our journey back to Boston. AND our final B&B, Chadwick, was just as good as the rest. 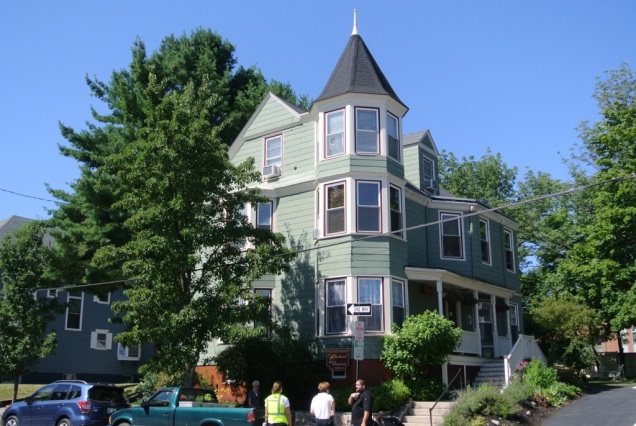 You can just see Scot, the owner, in the black in the daytime picture.

A day in Portland wasn’t really enough, but we made the most of it. Portland Museum of Art was very near where we stayed and we spent the morning there. We were very impressed. For the third time this trip, we came across the passion of one rich individual, in this case William S Paley, part of whose collection formed a special exhibition. Cezanne, Matisse, Picasso, Degas – I could go on but find it difficult to imagine how one person could own all of these. The regular collections were excellent too, with American artists such as Winslow Homer, Edward Hopper and the Wyeths well represented, plus others whom I hadn’t heard of and whose names I meant to remember but, shamefully, haven’t. Linked to the museum at the back was the McLellan House of 1801 which has has been restored internally (but not furnished).

We had lunch in the café before emerging into the sunshine for the rest of the day. The Old Port area and the Eastern Promenade are wonderful for whiling away the time and (ahem) the city’s large number of microbreweries provides suitable sustenance. The beer may have been one reason why the photographer (not me) was nearly run over getting this shot.

Our flight on the final day wasn’t until late evening, so we had plenty of time to explore on the way. We didn’t leave the Portland area until early afternoon, visiting Portland Head Light, Cape Elizabeth and Prouts Neck where we had a lovely lunch in the Black Point Inn. 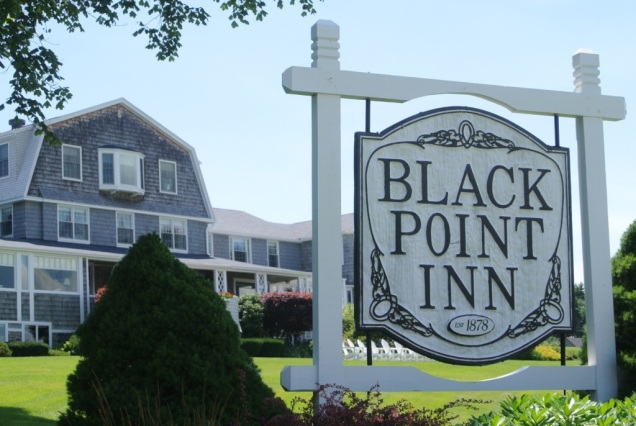 We spent the afternoon in Portsmouth, just over the border into New Hampshire. Settled in 1623, this town was originally known as Strawbery Banke (sic) because of the abundance of wild strawberries along the Piscataqua River. Today, the name remains in an outdoor museum around the (filled in) Puddle Dock. Astonishingly, this area was lived in till the 1950s when it was cleared for redevelopment. Fortunately, some of the buildings were saved and provide an illuminating social history from Colonial times until (almost for me) living memory. This was a 1940s shop, yet many of the brands and labels are familiar.

And that was it! A quick journey down the I95, hand back the Jeep and two flights home. Foreign travels over till next year then…..apart from the trip to Dublin in September to see – guess who?