Not your usual tourist view of Dublin maybe, but on our latest visit we were staying at the Gibson Hotel on North Wall Quay. There were advantages and disadvantages to this. It’s a little far out of town – the hotel website claims a ten minute walk to the city centre, but I would say more like half an hour depending on where you want to go. There is, however, a very efficient tram service that stops right outside the door – and you need to get away. There is nothing else round about other than a cinema and the O2 – money for redeveloping the area has obviously run out. On the other hand, the advantages are that the hotel is modern and comfortable and, as I said, just across from the O2, which is why we chose it. We were going to a concert there on our first evening and were back in the hotel within about 10 minutes of the band leaving the stage. I would stay again under the same circumstances but, if in Dublin purely for sightseeing, would prefer somewhere more central. 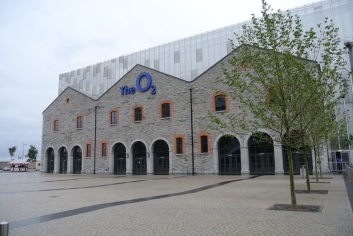 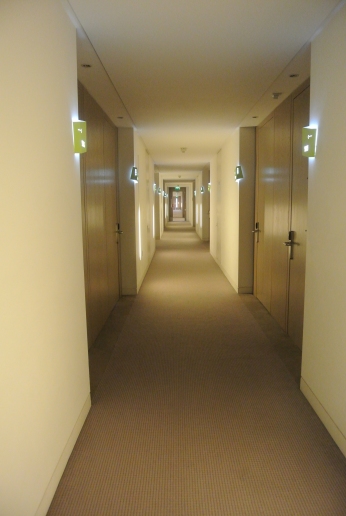 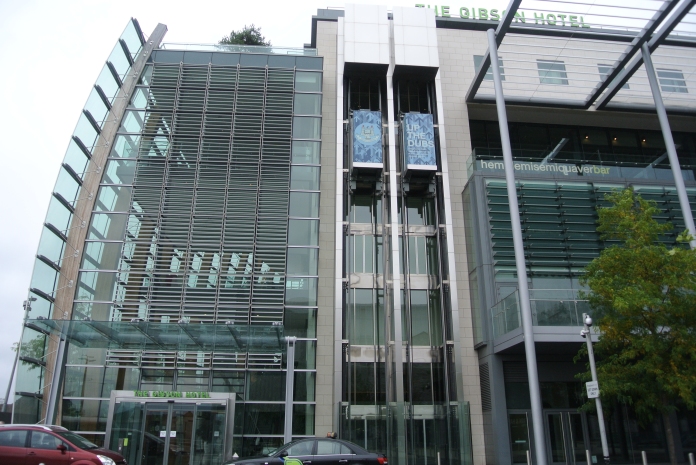 Now who could take us all the way to Dublin for a concert? Leonard Cohen of course. This was our fourth time seeing him since he began to tour again in 2008 – we saw him in Dublin and Glasgow that year, and in Berlin last year. The first one was the best because we didn’t know what to expect, but he still charms us every time. Almost 79 now – long may he keep going!

Special lighting for the Dublin shows 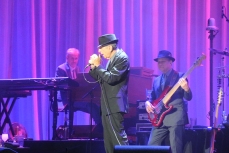 With Roscoe Beck and Neil Larsen

The band in silhouette

And he can get back up!