Our final walk was to the north, and encompassed some of the prettiest, and quietest, canals we had seen. The main sight of the first section was Sint Jakobskerk. I particularly liked the two-tier tomb of Ferry De Gros who died in 1544. If you click on the photo, you can just about make out that there are two sets of praying hands on the top section. That’s De Gros with his first wife, who died in 1521, behind him. Underneath lies his second wife who died in 1530. De Gros outlived them both and presumably made his choice about which one he wanted with him for eternity. 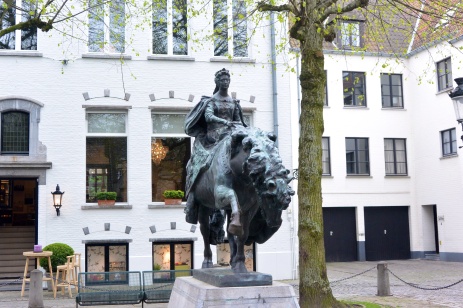 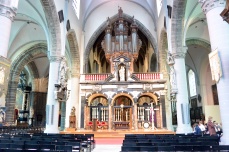 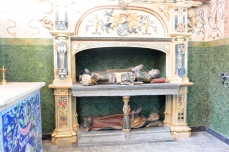 De Gros and his 2 wives

The statue of Papageno, at the bottom right of the gallery above, stands outside the theatre on Vlamingstrat. A few steps further along is the Saaihalle (Serge Hall), the only example of a medieval trading house in Bruges to survive. Now it houses the Friet Museum! This was surprisingly interesting, telling you everything you could ever wish to know about the history of potatoes and fries / chips, and displaying a variety of old methods of making and selling them. You could buy a portion to sample downstairs, but we passed on that and headed to Eiermarkt, with its rather hideous fountain, for lunch (which included chips). We made a bit of a mistake with the beer, ordering two large ones without checking the menu. Everywhere else, large had meant half a litre. Here it was a litre. We coped, but only just as John had to finish mine. (I should add that some restraint WAS shown that day. We passed the Chocolate Museum later on and didn’t go in!) 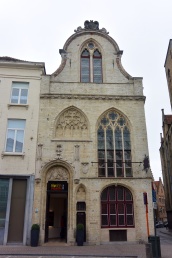 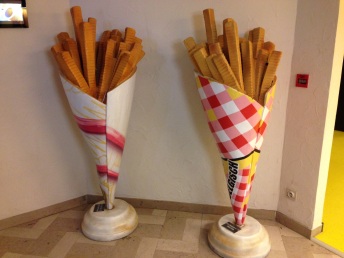 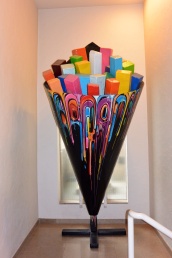 There were very few tourists on the final part of the walk, except, perhaps, on Jan Van Eyckplein which had appeared tantalisingly in the distance on several walks and the canal boat tour. 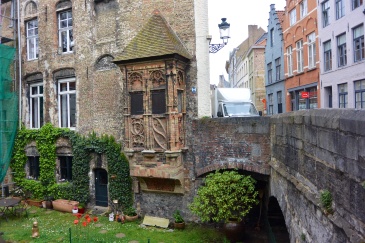 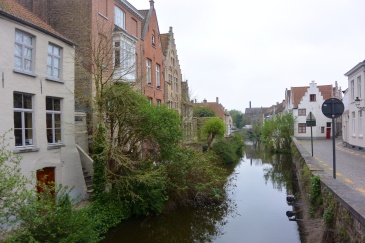 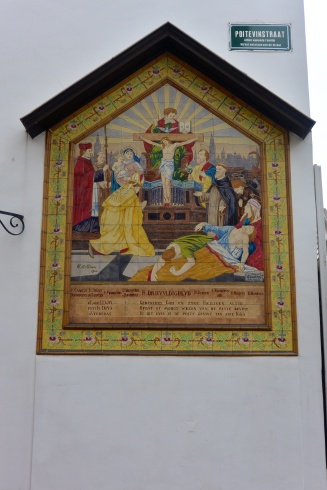 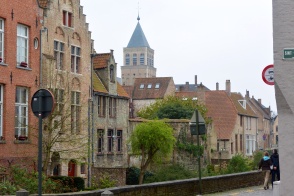 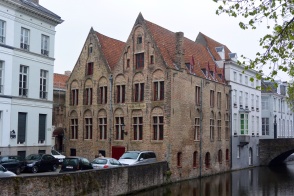 And that was more or less where our holiday in Bruges ended. Apart from the day we went to Ghent, we had spent the whole week there – I had expected to do at least another couple of day trips. Maybe we’ll do that when we go back, for go back we surely will.