On a cold day in May, our destination was Cairnpapple Hill in West Lothian – but first, as you know, lunch is essential. We happened upon this lovely little place, the Cupcake Café Bar, near Torpichen – we were very good and didn’t have a cake, but the lunch was delicious.

In the village itself, we made a further stop at Torpichen Preceptory, a former base of the powerful Knights Hospitallers and a seat of government for William Wallace in 1298.

Then it was on to Cairnpapple Hill. I can’t imagine why I have lived in Scotland for nearly 30 years and never visited this significant site. It’s just a short climb from the road to the once-sacred hilltop where people first raised monuments 5500 years ago. Today you can see a Neolithic henge, the site of a great timber circle and a Bronze Age cist grave (now protected by a modern, domed chamber which you climb into by ladder). The views stretch from one coast to the other – partly obliterated by approaching storms. 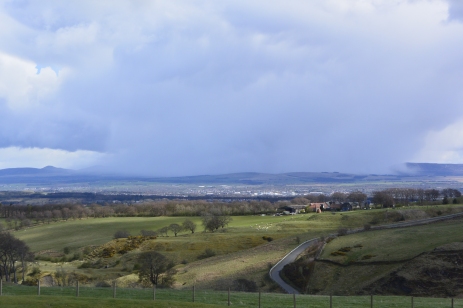 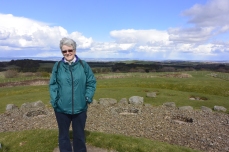 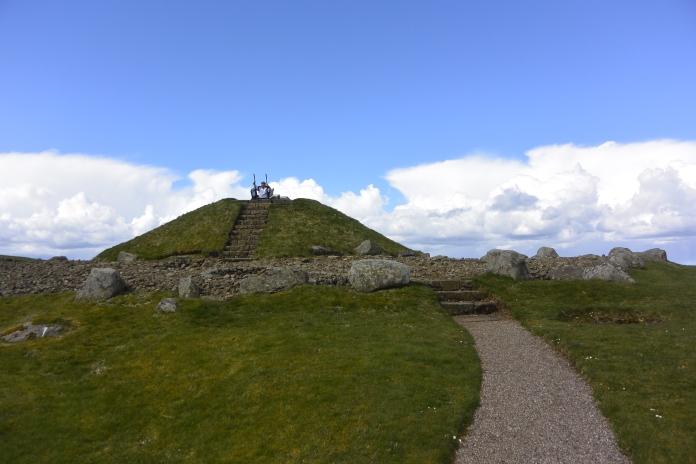 Both Torpichen and Cairnpapple are managed by Historic Scotland where you can find out more about them.

We had intended to continue walking, but the weather prompted us to go a bit further by car, stopping at the Scottish Korean War Memorial – there was a memorial here already, apparently, but the current one (2013) is designed to be a permanent structure. It was sunny again when we arrived so we climbed the hill behind the monument, Witchcraig. On the hilltop is a Refuge Stone marking an old boundary where those on the run could seek sanctuary – it’s connected to Torpichen – and  the Witchcraig Wall, an enclosure with 43 special stones built into it, collected from across Central Scotland. (See also the interesting three-way bench attached. Is this an exciting variation on the kissing-seat?)

Once again, you can see a rain storm approaching, and this time it caught us as we descended. Witchcraig is not a high hill, but we were drenched by the time we got back to the car. However, after driving just a little further, we decided to chance another short walk as it was dry again. (This happens in Scotland – it can have four seasons in one day, as I keep telling people.) Cockleroy Hill is small but perfectly formed for varied views – we could see Linlithgow Palace, the Forth Bridges, the refineries at Grangemouth and the mound at Cairnpapple. 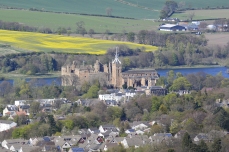 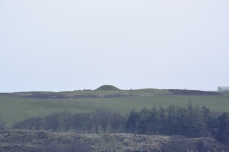 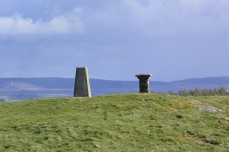 After that, it was time to head home. I’m linking this post to Jo’s Monday Walks (three short walks for the price of one) and Jude’s Bench Series, which for July is benches with unusual details. Click both links to see what other people have come up with.