On our third day, Hurricane Kate passed close to Bermuda and we awoke to a wet and windy morning. It was also a public holiday (11th November) which meant that all museums were closed, so an outdoor attraction it had to be. The Botanical Gardens were within walking distance of our hotel – we got soaked on the way, and had to take shelter in the Cactus House when we arrived, but fortunately the weather perked up a bit after that and we enjoyed our visit. 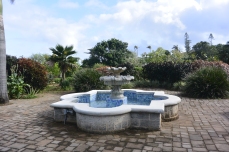 The most interesting part was this memorial to John Lennon. He spent two months in Bermuda just before he died in 1980, and named his final album Double Fantasy after a freesia he admired in these gardens. 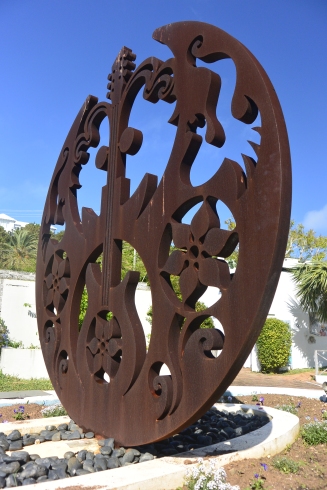 By lunchtime it was dry enough to have a picnic outdoors, after which we caught the bus a short distance to Spittal Pond Nature Reserve. Here, a circular walk takes you out along the coast and back alongside a brackish pond. It’s short, but has several points of interest.

Portuguese Rock is thought to have been carved by Portuguese survivors of a shipwreck. The original has long since weathered away, but a bronze cast now replaces it, reading “RP 1543” – Rex Portugaliae?

The Checkerboard is a large, flat rock surface with crosshatching. Man made, or carved by the sea? Who knows? 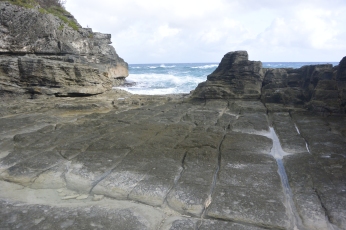 Nor do I know what these little creatures in the pools formed in the cracks are – sea slugs / snails? 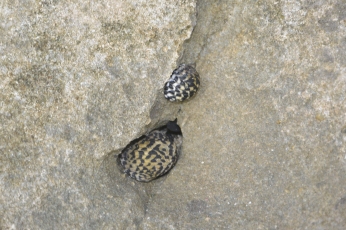 After a final view of the sea, we turned inland to the pond – but the sea peeked through again later. 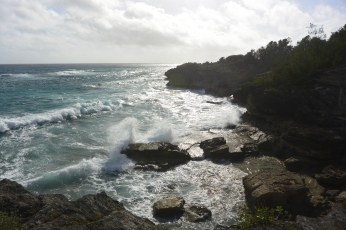 Looking across the pond

Not a bad day despite a hurricane passing close by!