Bermuda: a walk around St George’s

Having explored the western tip on our first day in Bermuda, on the second we travelled to the East End. St George’s is marked B on the map – we travelled there by bus, explored the town, made a loop round the elbow shape above it then followed the Railway Trail to Ferry Point overlooking Coney Island (the little green dot above Hamilton Parish, marked 8).

The Old Town of St George is a UNESCO World Heritage Centre. Maybe you can see why? 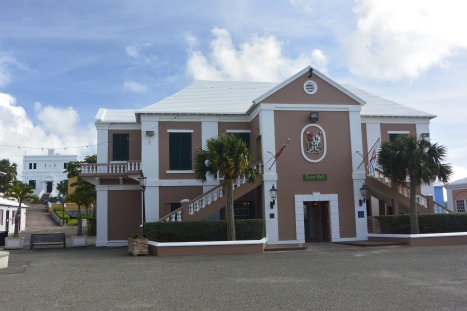 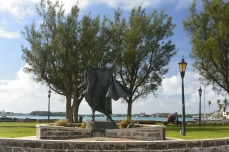 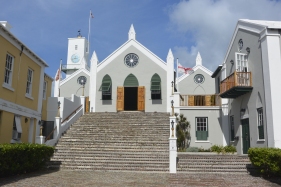 As we headed uphill out of town, the views of St George’s Harbour got better and better until we reached the small 17th century Gates Fort. We also met some local wildlife. 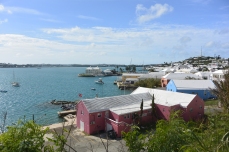 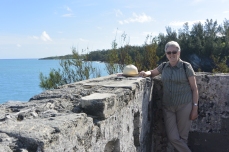 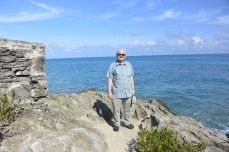 Further round the coast we came to more fortifications, Alexandra Battery.

If you examined the first gallery, you might have noticed a statue and a replica ship. These are Sir George Somers, founder of Bermuda, and the Deliverance. The Sea Venture carrying Somers and his party of English settlers was wrecked nearby in 1609 and, carrying on around the coast, we came to a memorial to their “deliverance”. The settlers then named the replacement ship they built Deliverance before continuing their journey to Jamestown, Virginia.

Our next stop was Fort St Catherine (admission fee) which had so much to see inside and out. (The map demonstrates why Bermuda was historically of such strategic importance and why it had so many forts. After losing America, Britain only had three major bases to protect vital trade routes to the West Indies – Halifax in Canada, Bermuda and Jamaica.) The views were special too, with St Catherine’s Beach on one side and Achilles Bay on the other. 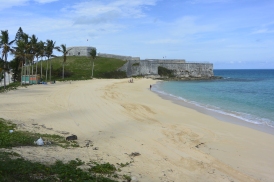 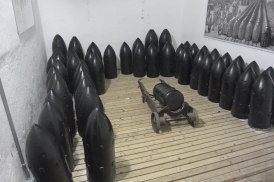 After the Fort, it was a short walk back into town for lunch, past Coot Pond, Tobacco Bay, the Unfinished Church and a variety of small cottages. The one in the gallery below, Hermit Cottage, was the home of Pilot James Darrell, c. 1795. He was a former slave and one of the first black Bermudians to own his own property. 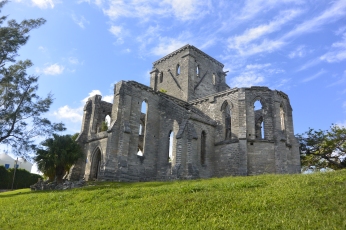 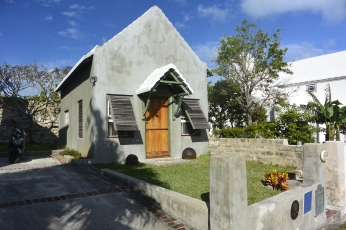 After a very late lunch, we left town in the opposite direction on the Railway Trail for Ferry Point. This was a less successful part of the walk. There were some pretty parts along the coast, but the trail had been built over in others and we also passed an oil depot, a quarry and a prison farm. At Ferry Point, there is a Martello Tower and you can see the railway trestle that would once have carried the tracks across to Coney Island (and we’d be looking at that from the other side in a few days’ time).

The light was now fading, and it was almost dark by the time we got back to the bus stop (having retraced our steps past the prison etc). It had been a long day and, in retrospect, I’d rather have missed Ferry Point in favour of spending more time exploring the Old Town – especially as, after all the road walking, I ended up with a horrible blister on my little toe which plagued me for the rest of the week. Still, that’s what Elastoplast is for! There was a lot of walking still to come.