Bermuda: Somerset to the Dockyard

January 18, 2016 27 Comments
Bermuda is a tiny speck in the Atlantic Ocean whose first inhabitants were shipwrecked English colonists in the early 17th Century. As a result, its place-names all have a distinctly familiar feel, as you can see on the map above. On our first full day, we took the bus to what is (probably) the world’s smallest drawbridge joining Somerset Island (where the 1 is on the map) to the main island. Built in the 17th century, its central plank opens just enough (about 30 inches) to allow a yacht’s mast to be eased through. 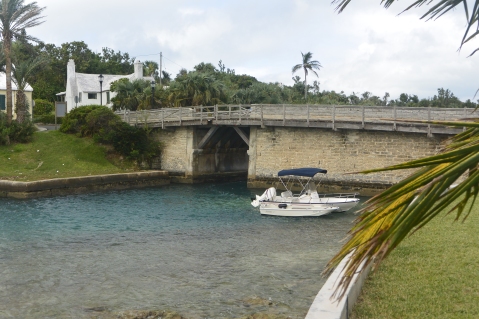 From the bridge, we walked the Railway Trail to the Royal Naval Dockyard at Bermuda’s western tip. Our first stop was Fort Scaur. This was constructed following the American Civil War when the British were worried about a US invasion. There are many underground rooms and passages to explore, a very large gun and beautiful views. The moat has been turned into a flower garden. 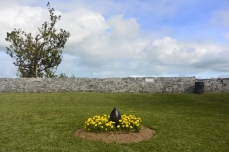 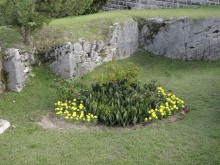 Back on the trail, we quickly came to another detour, to the Heydon Trust Estate with its lovely little chapel, converted in the 1970s from a 17th century cottage. 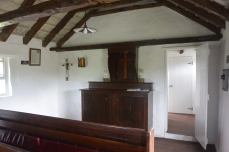 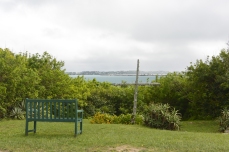 The trail from here to Mangrove Bay and Somerset Village had plenty of interest – hibiscus hedgerows were something we became very used to seeing all over the island. There wasn’t much to the village itself – excitedly, we spotted a pub for lunch then found it only opened Wednesday-Sunday. This was Monday, so we turned to the Village Café (pink building in the gallery below) which, in UK terms, was basically a chippy. 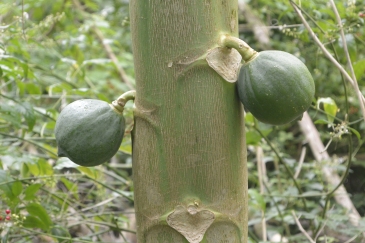 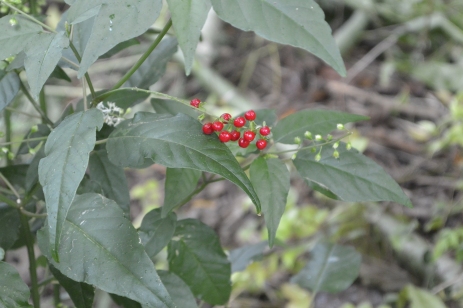 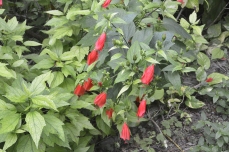 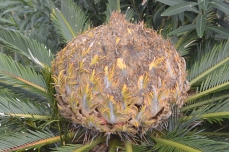 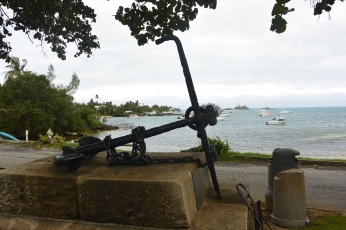 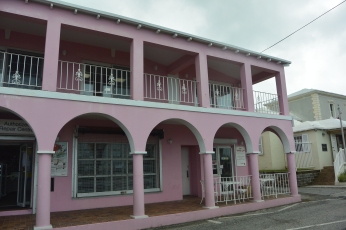 After a not-very-healthy lunch of grilled cheese sandwich and chips / fries, we set off again. With hindsight, we’d have been better off catching a bus from here and having more time at the Dockyards as the trail petered out and we ended up walking on roads. The Dockyards have been converted into shops and craft outlets and are home to the National Museum which came highly recommended if you had 2-3 hours to spare. We only had an hour so decided to leave it and come back another day – which of course, we never did. We had a beer instead. 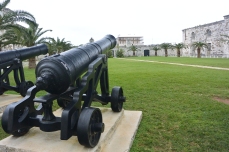 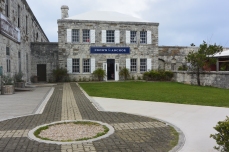 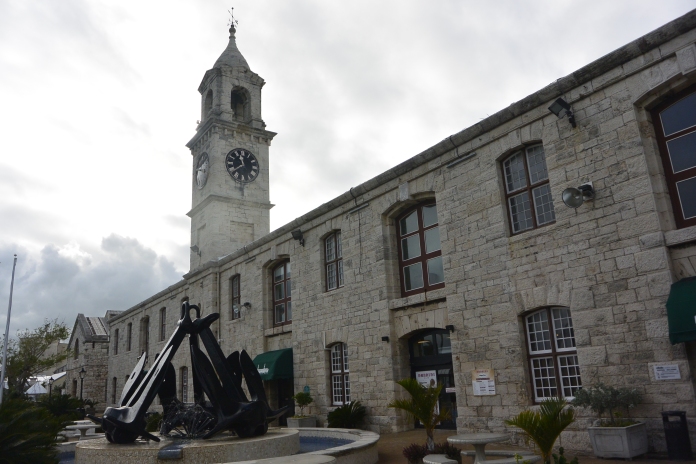 Our one-week travel pass worked on both buses and ferries, so we travelled part-way back by boat. The Dockyards receded and the City of Hamilton came into view, from there we took the bus back to our hotel. 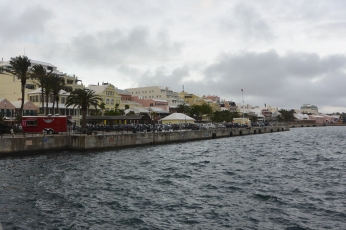 Linked to Jo’s Monday Walks. There are many other interesting cyber-walks on her site so please take a look.