Tower Island had a wealth of wildlife. We saw two different varieties of booby – the gallery below shows masked boobies nesting. You could get amazingly close, as you can see. One has both an egg and a chick, another has a broken egg and a dead chick. 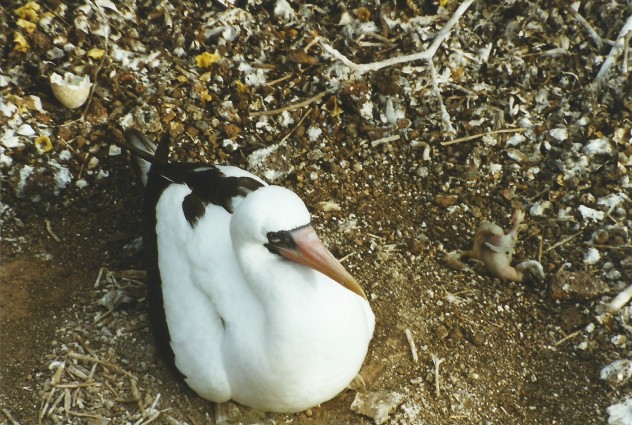 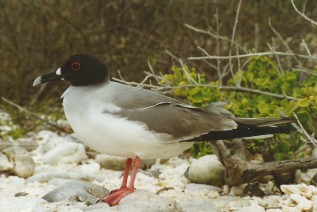 – as did the frigatebirds. The black bird here is a deflated male – see the previous post for shots of that magnificent red pouch inflated. 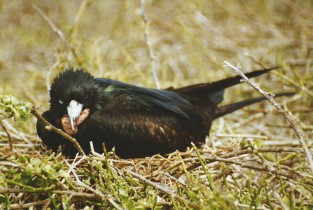 This is a lava heron and a yellow-crowned night heron: 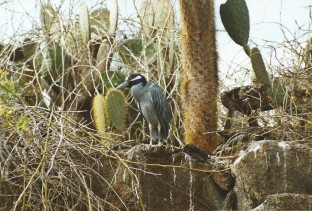 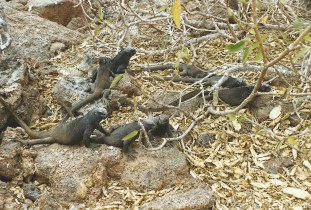 And there were people, of course there were people, but not too many. The young lady with the cap is our guide, Cathy. Tourism to Galapagos is strictly controlled and you can’t land on any of the islands without a guide. As for that T-shirt – I still have it, but it’s never seen outside the house. 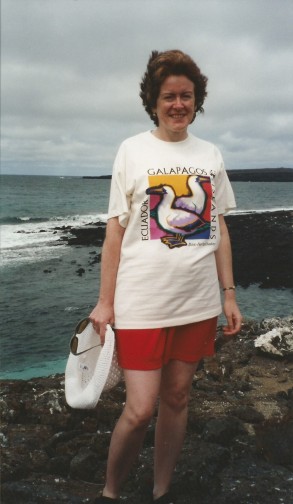 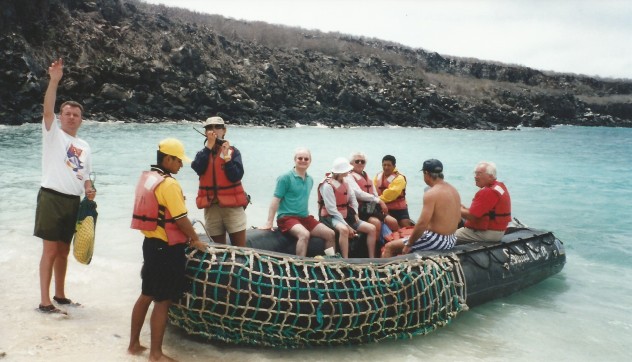