A couple of weekends ago, as described in my last post, John and I stepped off the train at Winchester to meet Becky of The Life of B. Forty years ago I arrived at the same station on a Sunday afternoon, on my way to an interview the next day which resulted in my first library job as a Trainee Librarian with Hampshire County Council.

Winchester is an ancient settlement (in the 9th century King Alfred reconstructed it), so I wasn’t expecting much to have changed in the historic centre – but what about my own history? Both Becky and John were kind enough to indulge me in searching it out.

Library HQ was very close to the station, and for my interview I stayed in a hotel between the two – I think this is the building below, now converted to housing, but Becky will correct me if I’m wrong. I know I definitely went to this church on Jewry Street in the evening. 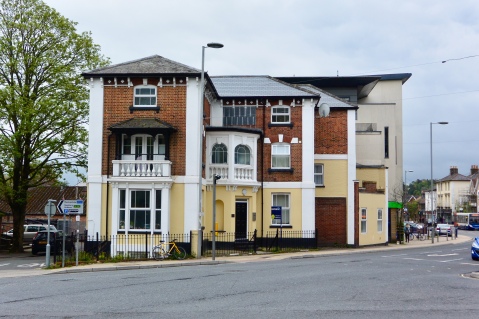 The first thing Becky did was take us for coffee in the library. I never worked in this building, which I believe was the Lending Library at the time, though I’m sure it didn’t have a colourful staircase like this back then. After coffee and a chat, Becky took us round the corner to the former Library HQ, now private residences. I remember the structure – the arches led to the Reference Library and the rest was HQ where I worked in one of the rooms with the big bay windows. My boss seemed to spend most of his time on the window seat, drinking coffee and chatting to his friends, while I did everything else! What I didn’t remember was the vibrant red brick – maybe it has been cleaned up in the interim.

I lived in Winchester’s YWCA (a misnomer, as most of the residents were men) for 8 of the 12 months of my traineeship. Later in the day, after Becky had left us, we went looking for it – I knew roughly where it was, but couldn’t remember what it looked like. However, as soon as I saw the building below the memory of entering through that covered passage-way came back very clearly. It’s now known as Milford House and still seems to be some sort of hostel. 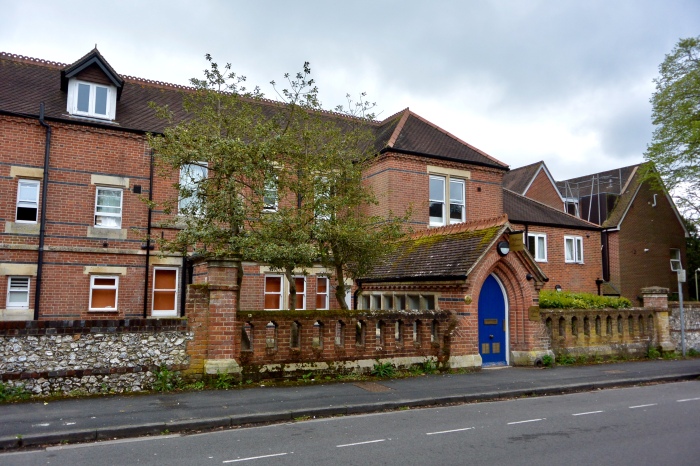 But enough about me! Time for some pictures of the really interesting bits of Winchester. The Cathedral is not to be missed, of course. The two monuments are in honour of William Walker, a diver who worked in 14 feet of water to underpin the tottering foundations between 1905 and 1912. What an awful job! The ladies in pink you probably know. 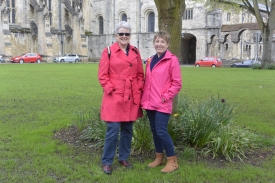 Jane Austen, whose books I love, is buried in Winchester Cathedral, and nearby is the house in which she died – allegedly: Becky tells me this is no longer certain.

St Swithun-upon-Kingsgate Church is interesting – it’s set above an archway in the City Walls. Oh look, those ladies in pink again!

And – I could go on and on, but here are just a few of the other lovely buildings we encountered (all are captioned, please Becky – tell me of any mistakes!) 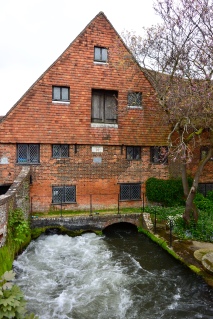 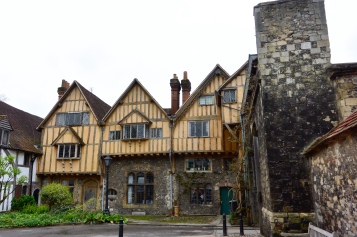 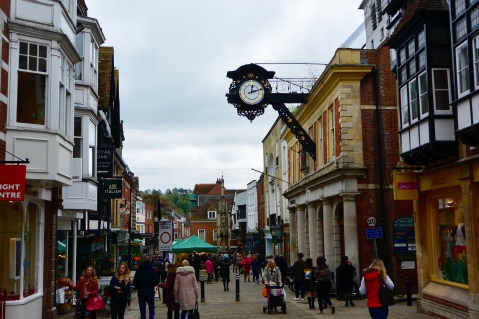 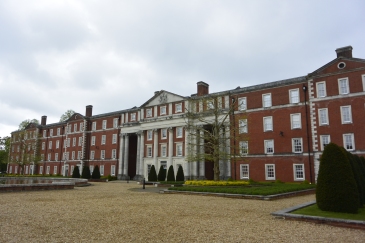 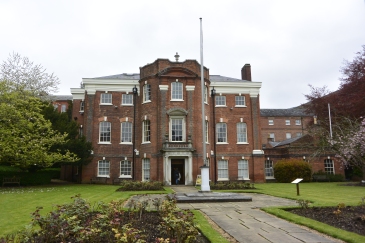 Many thanks once again to Becky for being our tour guide in the morning. We had a great day out in this wonderful city, and the only thing I really wanted to see and didn’t was the Great Hall and King Arthur’s Round Table, which was closed for a wedding. I’ll need to save that for the next time – although unless I live to be 100 I can’t afford to let another 40 years elapse before I revisit!