On our last day in South Uist, we headed first along a winding B road to Loch Skipport, a picturesque sea loch on the west coast. Strange to think that the ramshackle pier, what’s left of it, was where the Royal Yacht Britannia used to dock.

On the way there and back we were waylaid by curious ponies. 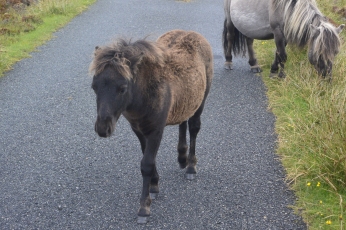 Staying on the B road, we parked at a point where we could pick up the Hebridean Way. The plan was to follow it across the moors to the main road and the east coast machair which we would follow back round to the B road junction, returning along it to the car.

The Hebridean Way here was curious – boardwalks over the wettest bits at either end, but horribly boggy in the middle. Didn’t they have enough money for it to meet up? The loch here is Druidbeg.

As we approached and crossed the main road, the terrain changed to farmland and then machair. The ruin on the small loch is Caisteal Bheagram, a 15th/16th century tower. 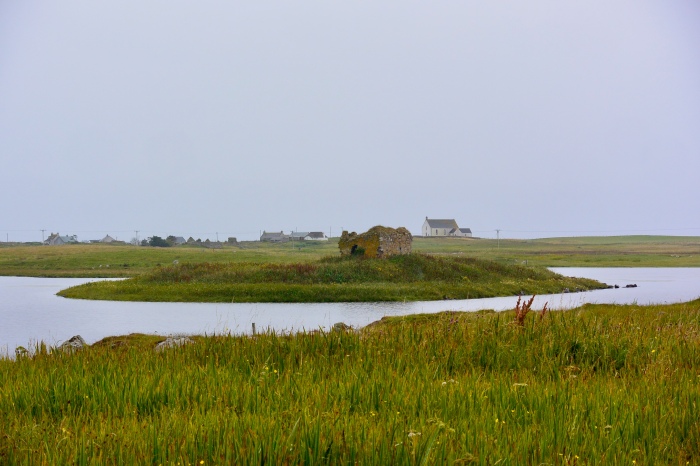 A nattily dressed scarecrow and some bale art. You might just be able to make out the military installation on the hill in the background. 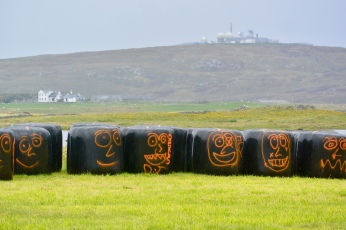 Fortunately, we had nothing to fear! Other than the slightly improvised looking bridges.

And the weather. You can probably tell from the pictures that it had been pretty grim all day.

Below is the last photograph we took, timed around 14:30, just before the rain became torrential. We walked up this track to the main road, where we crossed to the B road to walk back to the car in very unpleasant conditions. 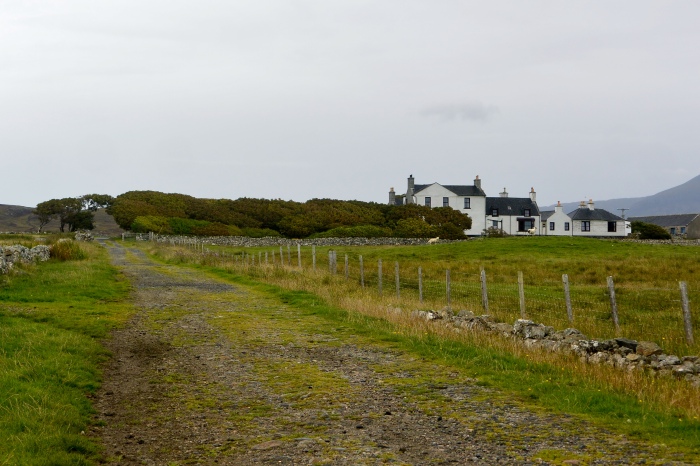 Although it was still early, there was nothing for it but to return to the hotel to dry out, and to pack up. The next morning we were heading off for the last island of our Hebridean Hop – Barra.