Between Christmas and New Year we spent a few nights in the pretty Perthshire town of Dunkeld. John was just recovering from a Christmas cold and I started snuffling and sneezing on the journey, so it wasn’t our most energetic break ever but we enjoyed some gentle strolls around Dunkeld and along the Tay to its neighbour, Birnam.

View from across the Tay

Dunkeld Cathedral was built between 1260 and 1501, and although the Choir is intact and still in use as a parish church the rest is ruined. 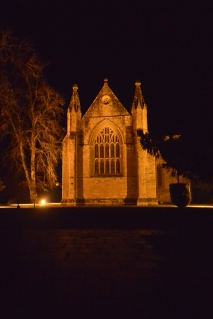 The Cathedral is surrounded by trees, including the Parent Larch or Mother Tree, the only survivor of five seedlings planted in 1738, the first larches in Britain. 14 million larches were planted from the seeds of these five trees! 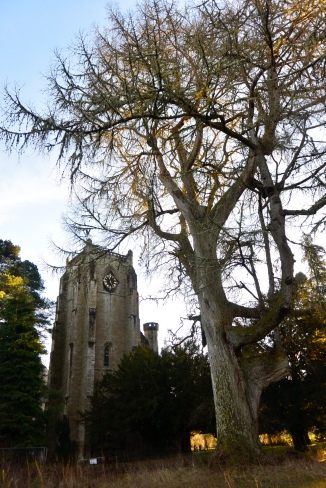 On the other side of the Tay towards Birnam are more interesting trees. The Young Pretender (left below) is a sycamore with a girth of 8 metres, so-called because it looks of similar age to its neighbour, the Birnam Oak, but is much younger. The oak, now supported by wooden stilts, is said to be the last survivor of Birnam Wood, made famous by its role in Shakespeare’s Macbeth. It’s girth is 7 metres. 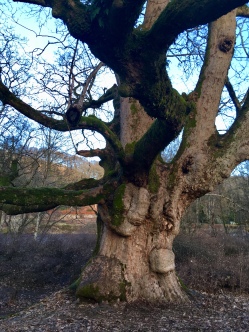 Another walk took us up a tributary of the Tay, the River Braan, with its waterfalls and cascades. This is Black Linn, including a short clip of water pouring over it. Such power! 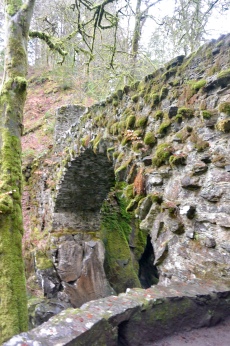 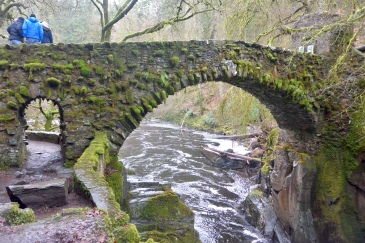 And here we are at Rumbling Bridge, looking happy despite our colds.

Overall, this was a lovely short break before we returned home to celebrate Hogmanay.