In the late 19th and early 20th centuries the upper part of Helensburgh, a small town on the Firth of Clyde, became populated with a series of grand, individually designed villas commissioned by rich businessmen who could afford to move out of Glasgow but still needed to live nearby for work. (Helensburgh Upper Railway Station, opened in 1894, helped to make this possible.)

Many of the houses were very traditional in nature, as I’ll show later, but publisher Walter Blackie was more visionary. He appointed Charles Rennie Mackintosh as his architect, resulting in Hill House (designed 1902), as seen in all its glory at the top of this post.

Not only was Mackintosh’s design innovative, he used innovative materials too. Scottish houses are often harled (roughcast) with lime, but Mackintosh chose to use a more modern material: cement. It was easier to work into the curves and crisp angles of his building, but there was a serious flaw – the Scottish weather. Traditional lime harling allows a building to breathe. If cement roughcast cracks, rain soaks in but cannot evaporate back out. This has caused a lifetime of damp and damage to the walls and interiors – according to the National Trust for Scotland which owns the house, it is “dissolving like an aspirin in a glass of water.” NTS has decided to buy time by creating the Hill House Box.

This shelter, designed by architects Carmody Groarke, is made of steel mesh and will protect the house from up to 80% of rainfall. At the same time the wind can pass through, water can evaporate and, as the house dries out, plans can be made for its future conservation, a process which is likely to take up to 15 years.

We’ve made many visits to Hill House over the years. On our first visit to the Box we were impressed, not just with the boldness of the solution, but also with the way that NTS has ensured that the visitor misses nothing. In fact, you see Hill House as never before. Two walkways allow an incredible bird’s-eye view. 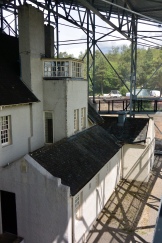 Inside is as beautiful as ever – the Blackie family could just have walked out a few minutes ago. Youngest daughter Agnes has left her bicycle, and Walter has obviously been busy in the cosy library, one of the few rooms without the classic Mackintosh touch. 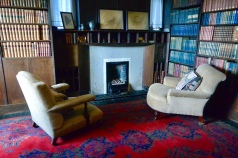 Elsewhere, the interior design of Mackintosh and his wife Margaret Macdonald is much in evidence. The pair worked closely together: Charles said “Margaret has genius, I have only talent”. The drawing room and Anna Blackie’s bedroom are particularly fine. You can also see, at the end of the gallery below, examples of both interior damage and stencilling restoration. 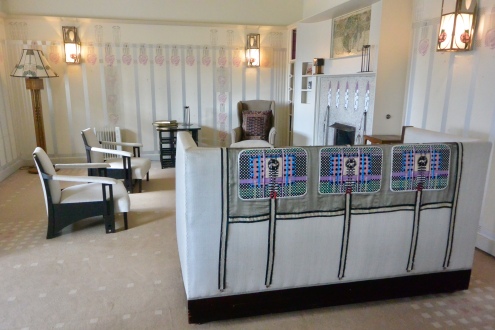 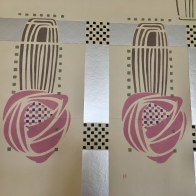 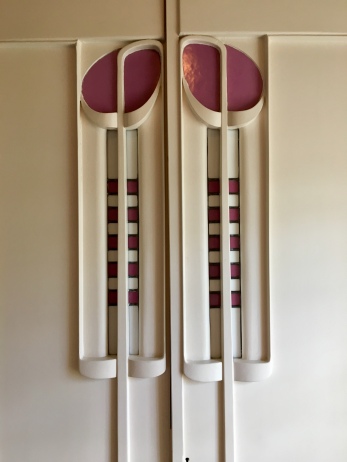 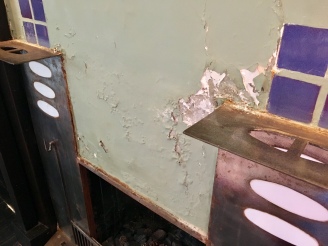 After touring the house we wandered outside for a while waiting for the next part of our visit. 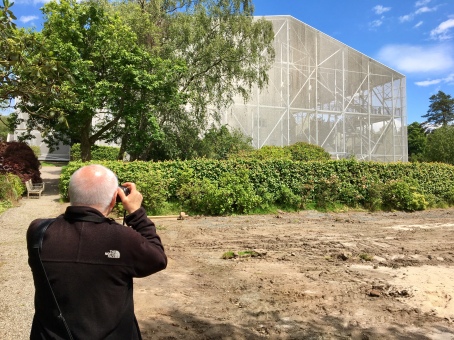 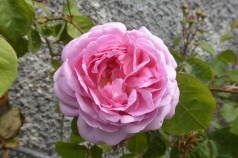 At 1pm, one of the guides, the excellent Taylor, led a group of visitors a couple of blocks downhill to compare and contrast two other houses of similar vintage. These were Red Tower (William Leiper, 1898) and the White House (M. H. Baillie-Scott, 1899). Red Tower is traditionally Scottish Baronial in style. It spent some time as a Drug Rehabilitation Centre earlier this century, but has since been taken back into private hands and restored as a 14-bedroom dwelling-house, which is apparently occupied by only two people. Baillie-Scott’s building has more in common with Hill House – he also designed Blackwell in Cumbria, another house I love to visit which always reminds me of Mackintosh. Both The White House and Blackwell pre-dated Hill House, so who influenced whom?

I know from my heritage volunteering with Maryhill Burgh Halls that their architect also designed a house nearby, so I asked Taylor if she knew which one. She went off to get her plan and identified it for me – it was right next door. Cuilvona (Duncan McNaughtan, 1907) is a mock-Tudor villa which is barely visible from the road. However, part of the Hill House walkway looks right down on it, so after lunch (yes, Hill House has an excellent café in its new visitor centre) we headed back in to look. John took the photograph through the wire mesh which is why it’s less sharp.

I had photographed the plan, so we could also identify some of the other houses. Here are Morar House (at one time known as Drumadoon; Leiper, 1903), Ardluss (Leiper, 1900) and Dhuhill (I think – in which case, James Smith c. 1850). Having been empty for some years, after serving as a nursing home, Morar House ended up on the Buildings at Risk Register, but has recently been converted to flats.

There was still part of the afternoon left, so we looked at the map and plumped for a visit to Glenarn, a 10 acre private garden in the nearby village of Rhu, which is open in the summer months as part of Scotland’s Gardens Scheme. 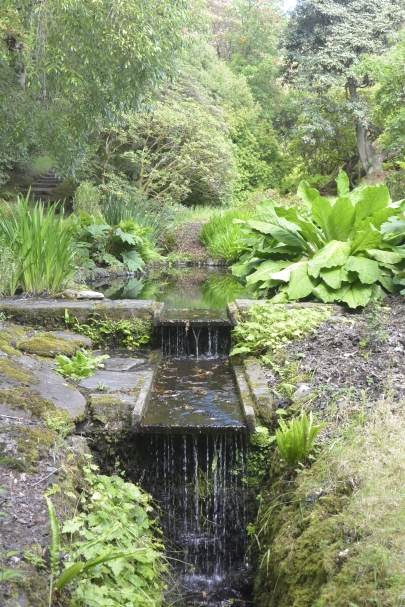 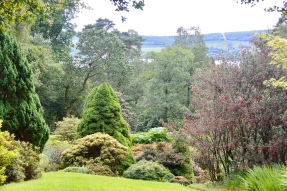 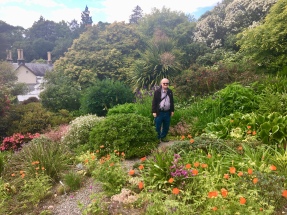 This was a lovely day out. I wasn’t sure what to expect from the Hill House Box, but I was very impressed with what NTS has done and I fervently hope that it leads them to a permanent solution for conserving Mackintosh’s masterpiece.