Calton Burial Ground, founded 1787, is situated in Glasgow’s East End on Abercromby Street, which was then known as Witches Loan. How did that name come about? Witches Loan was en route from the Duke Street Cattle Market to the river, and cattle seemed to be spellbound as they passed. Was this witchcraft, or due to the cows being the victims of poor pasture and recovering when they reached lusher ground by the Clyde? You decide! 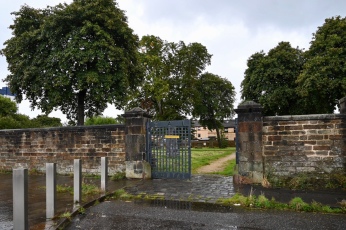 Calton at the end of the eighteenth century was a handweaving community just outside Glasgow. The decision to build the burial ground was made in December 1786 by the Incorporation of Weavers of Calton and Blackfaulds, and the original land (it was extended to the south in 1822) was purchased in January 1787. Individual plots or lairs were numbered and offered for sale, with the plots beside the walls being more expensive (£2) than the inner plots (£1). 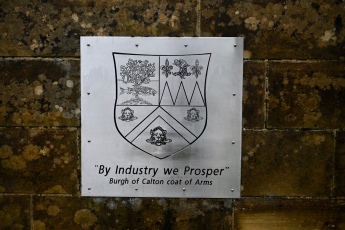 Burgh of Calton Coat of Arms 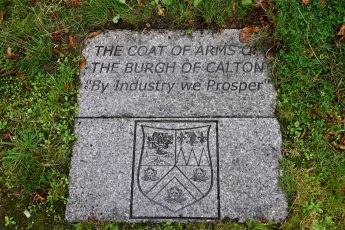 Burgh of Calton Coat of Arms

At the peak of Calton’s prosperity, wages had risen to nearly £100 a year, but by 1787 mechanization and growth in the labour force had severely depressed wages. That summer, the Calton weavers marched through Glasgow protesting at a 25 percent wage cut and lockout. During one of these demonstrations, on 3rd September, soldiers opened fire on the protestors: three weavers were killed and three mortally wounded. This was the earliest major industrial dispute in Scottish history and the Calton weavers became Scotland’s first working-class martyrs. 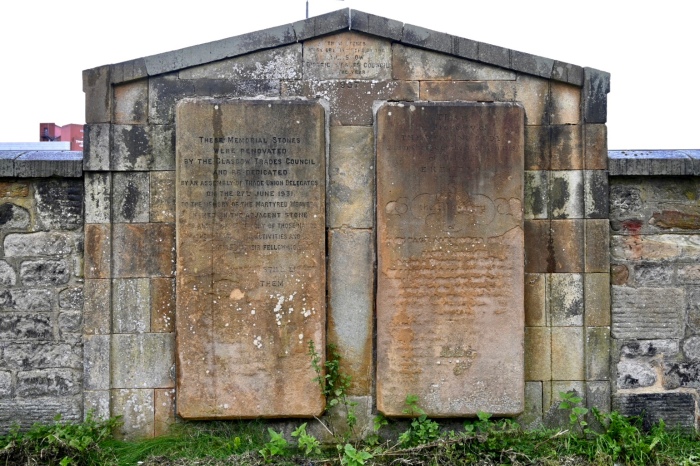 On 5th September, three of the dead weavers were interred in Lair 83 which lay unclaimed until 1825 when a memorial slab was laid over the plot. In 1957 the memorial was rededicated. The two original stones were moved to the southern gate (above) and replaced with two granite slabs (below) at Lair 83.

The other significant stone we found was that of Rev James Smith, a Glasgow Presbyterian minister who moved to the US and was at one time pastor to Abraham Lincoln. He ended his days as US Consul to Dundee. 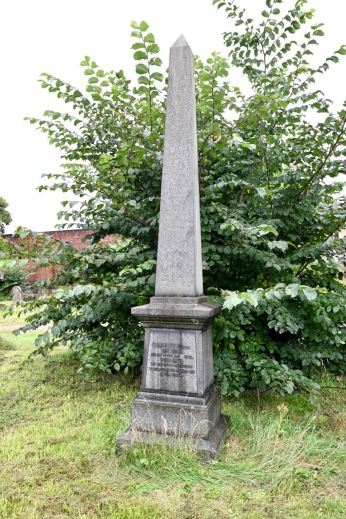 I usually find some women to write about in these graveyard posts, but not this one. I’ll make up for it next time when we visit Maryhill Old Parish Burial Ground.