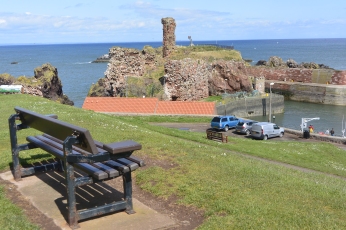 For Jo’s Monday Walk this week, I’m going to take you round Dunbar in East Lothian, affectionately known as Sunny Dunny (which it was). And look! Just below the Leisure Centre where we parked are some lovely benches overlooking Victoria Harbour. I hoped I could kill two birds with one stone and also enter Jude’s Bench Series. I had it in my head that she was looking for benches by the sea in May, but when I check more carefully it specifically says “at the beach”. No beach in view here, just the harbour! Hmm, maybe I’ll get away with it……

Anyway, click on the links above to find out more about both challenges and what other people have been writing about.

We didn’t linger on the benches, but headed uphill onto the High Street to start our walk there. Dunbar is famous for being the birthplace (in 1838) of John Muir who later emigrated to the USA and was instrumental in setting up the National Parks system. His house is still there and is now an excellent museum. Across the road is the Town House Museum and a statue of John Muir as a boy. 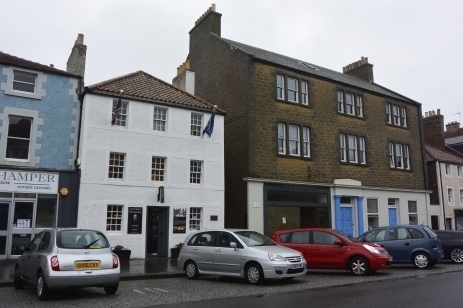 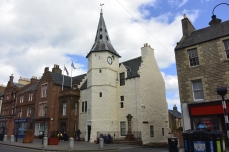 After perusing the shops and cafes of the High Street, we headed downhill again, past the Volunteer Arms (does a good pub lunch) to Cromwell Harbour, which dates from the 16th century, and the Battery which was built in 1781 to defend the town from privateers. 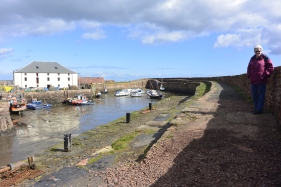 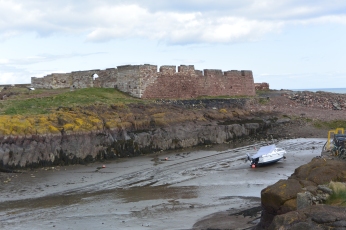 Next, we headed back over to Victoria Harbour which was built in the 1840s by blasting away some of the rocks the castle was built on. There’s not much left of the castle now, but it makes a nice home for a colony of kittiwakes. 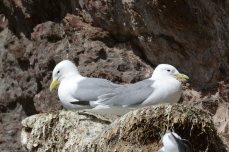 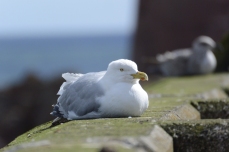 We also discovered that Dunbar was home to the inventor of the ship’s propeller, Robert Wilson, though he didn’t get credit for it apparently. 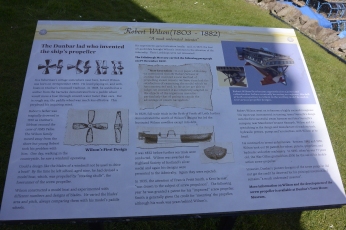 Finally, it was time to climb back up to the car park, looking back at the castle and admiring the statue of girl and swan before we left. 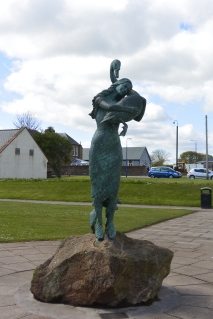