Train up a child in the way he should go: And when he is old he will not depart from it. (Proverbs 22:6)

It’s day 2 of my 3 Day Quote Challenge, for which I thank La Sabrosona.

For two decades, I looked at this quote almost every day of my working life. The pictured cartouche adorned the gallery of Jordanhill Library where I worked – it wasn’t original to Jordanhill, but came from one of its precursors as a teacher education institution.

Why have I chosen it for this challenge? Three years ago, Jordanhill closed and its courses moved to the main campus of the University of Strathclyde. The university has now announced that the site is ready for sale and will probably be developed for housing. The three red sandstone buildings from the first half of the 20th century will be converted to apartments, and the less attractive 60s and 70s buildings demolished. In the early Spring, I took a walk around to see it as it was for the last time. Except, of course, it wasn’t as it was.

I entered by the front gate where the Principal’s house still peeps through the trees. Less welcoming was the gate across the drive and the overflowing, smelly bin – the campus is obviously still attractive to dog walkers. Eurgh! 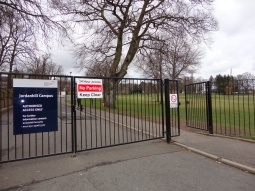 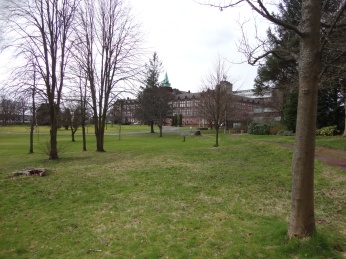 The Henry Wood Building, which housed the library, isn’t – and never was! 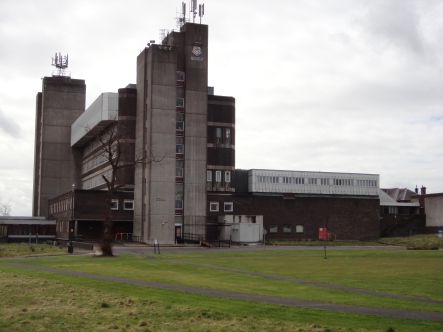 The student residences will certainly scrub up well, and they have a beautiful outlook. 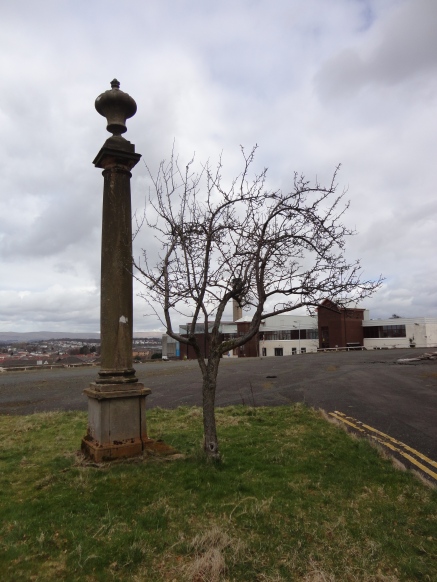 The Crawfurd Building looks not too bad from a distance, but its sunken garden is sadly overgrown. 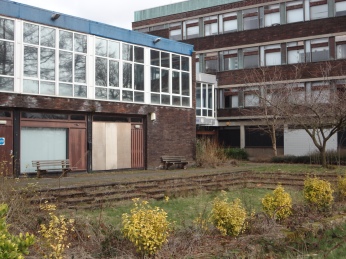 Worst of all is the Smith Building at the back gate – but look! There are still bulbs coming through.

In the old days, the campus would have been a sea of colour with well-tended flower beds, but it’s still pleasantly green and I hope you can see what a lovely place it was to work. But my message is – never go back. The important things carry on – generations of teachers learned to train up a child in the way s/he should go, and they are still learning that today. In the end, that matters far more than the place.