In the 1890s, ten early settlers built their homesteads along Mormon Row – today, still no more than a gravel road just inside Grand Teton. We’d read that the view of the mountains from here was superb, and so it proved. On our first morning in the park we drove out there – it’s also a popular cycling route. A small collection of pioneer cabins and barns remains which are much photographed: I love the way the roofline of the oldest and most dilapidated echoes the peaks. 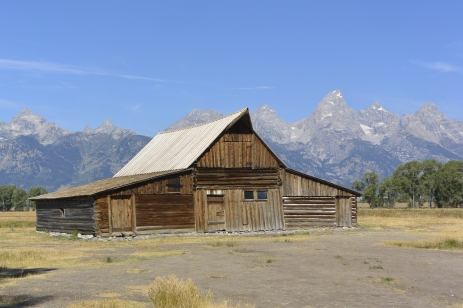 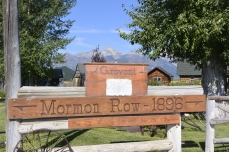 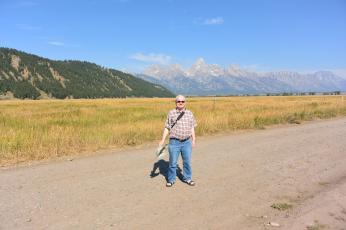 From Mormon Row, we headed to Teton Village, home of Jackson Hole ski resort and thus furnished with various methods of getting up high without actually climbing. We took the aerial tramway up Rendezvous Mountain. The first picture below shows the tram coming back to base – you might have to enlarge it to see the man sitting on top (to the left of the wires). Totally scary! The second photograph is our view back down as we travelled up the mountain. Inside the tram in our case. 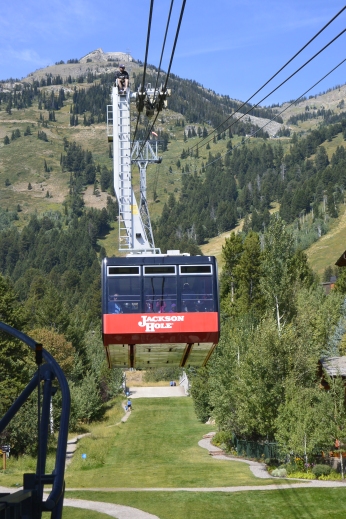 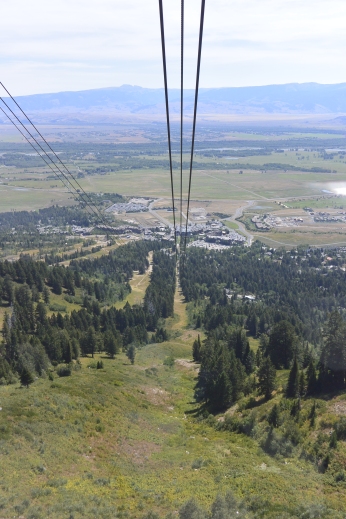 Looking back to Teton Village

Many people got out, checked the viewing platform, and headed back down. Not us! We had three trails to do. The first, Top of the World, was a simple loop of less than a mile round the summit. It was chilly up there – definitely hang-on-to-your-hat weather – but we warmed up afterwards with coffee and waffles in Corbett’s cabin.

Top of the World trail 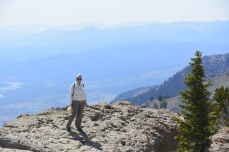 Top of the World trail

Hang onto your hat! 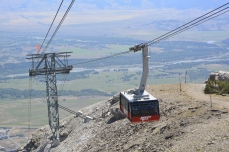 Passing under the aerial tramway

From here, we decided to hike down the 2-mile Cirque Trail to Bridger Restaurant where we could take a gondola back to Teton Village. We had an audience! 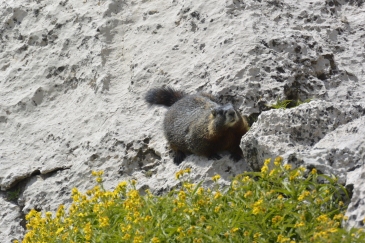 Passing under the aerial tramway 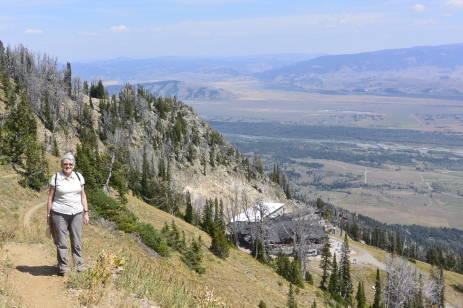 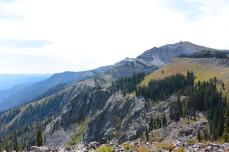 Looking back at the peak

You might think this was easy because it was heading downhill, but the last picture in the gallery shows quite a large ridge in front of the peak which we had to climb up and over. You might also think that when we saw Bridger Restaurant coming into sight we would head straight down to its terrace for a refreshing drink. Well, we took another uphill path to reach the 1.5 mile Casper Ridge Loop which turned out to be a real highlight. This adorable marmot posed for ages and the two mule deer didn’t seem shy at all. (I think they are mule deer, and I think they are different – it could just have been the same one following us!) 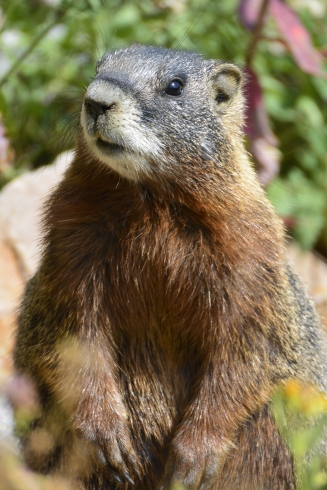 Finally, we descended to the café and had that reviving drink before heading back down to Teton Village via the gondola.

John in the gondola 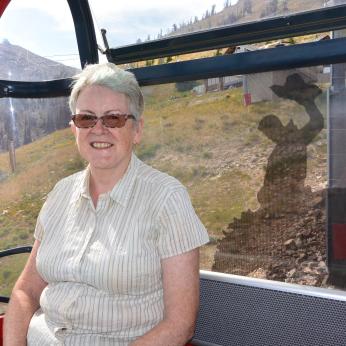 Anabel in the gondola

On our second, and final, day in Grand Teton we took another hiking trail to Bradley and Taggart Lakes. This 6 mile loop had, once again, wonderful views of the Tetons. 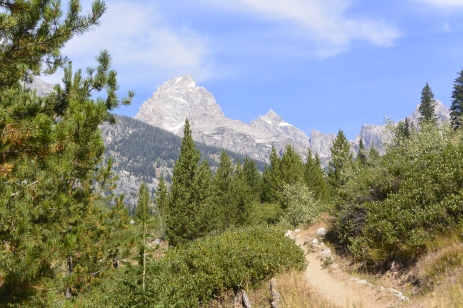 View of the Tetons

Climbing between the lakes 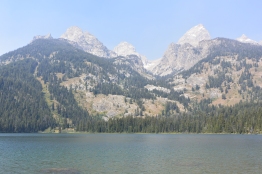 After our hike, we took a drive through some of the rest of the park to see as much as we could before leaving the next day. We admired the Cathedral Group:

And stopped at Jackson Lake by Signal Mountain Lodge. That’s not cloud to the right, but smoke from a large berry fire in the north of the park. This was going to cause us problems the next day….

Finally, we saw our first herd of bison. Even if they were behind a fence (cunningly omitted from the pictures.) 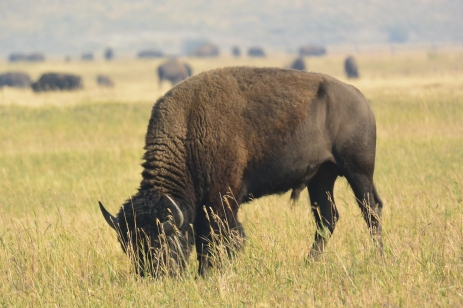 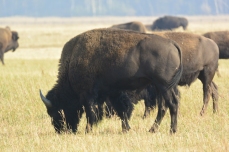 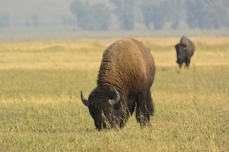 Our constant refrain held good here too – “we want to stay longer!” – but this was tempered by our excitement that we would be in Yellowstone the next day. Would it live up to expectations? What do you think!