St Stephen’s Basilica was a great place to get an overview of the city on our first day in Budapest. Stephen (Istvan in Hungarian) is revered as the founder and patron saint of Hungary. He was crowned king in 1000, but the Basilica is centuries later than that: built between 1851 and 1905. 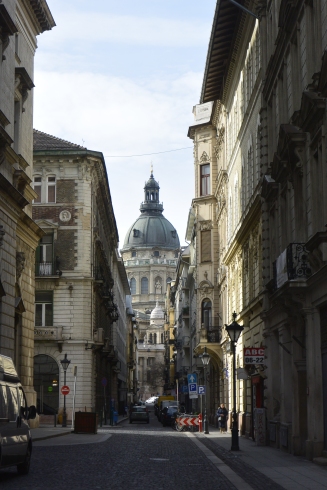 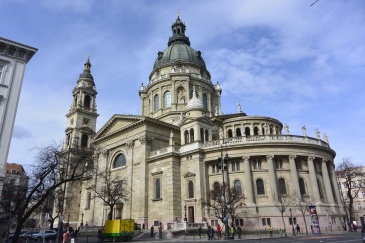 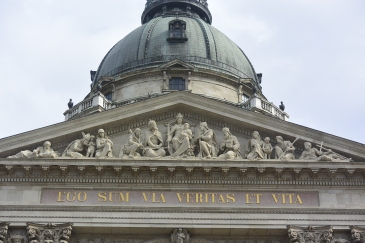 The interior is beautiful and, in places, quirky – note the reliquary in the gallery below which contains Stephen’s mummified right hand. On the anniversary of his death each year, August 20, this is paraded through the streets. 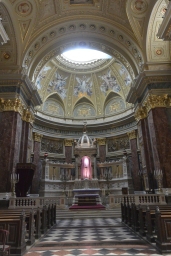 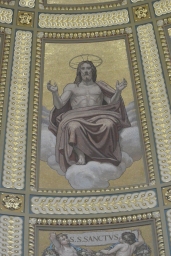 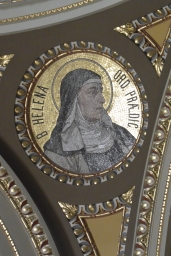 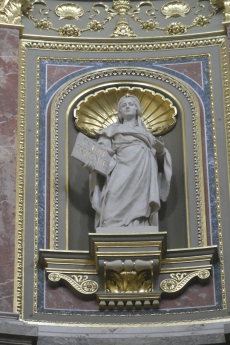 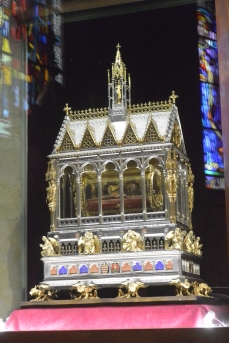 The highlight, however, was climbing the 302 steps of the tower. Well, not the actual climbing itself, but the views. We could see many of the places we would visit later that day, or over the forthcoming week. 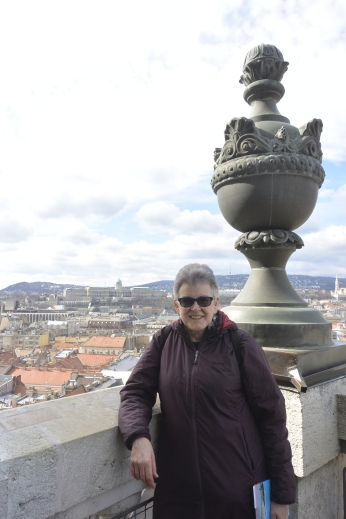 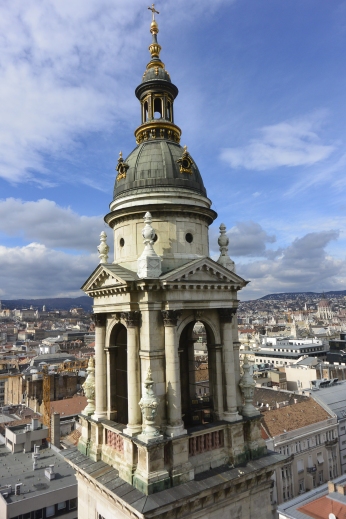 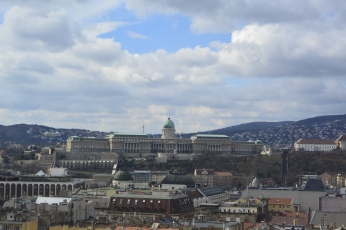 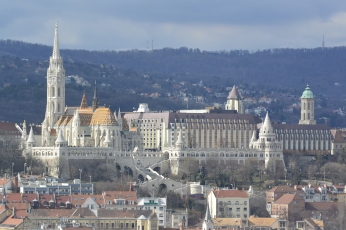 If you spotted a building in the gallery above with a multicoloured roof, that was our next destination. A fine example of Hungarian Art Nouveau, it was formerly the Post Office Savings Bank and is now the State Treasury. The bees on the facade symbolise thrift. 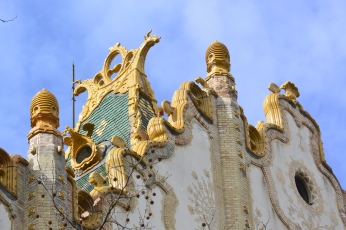 We found Budapest to be a “monumental” city with statues and sculptures everywhere. Here are some favourites from the area between the Basilica and the Hungarian Parliament. Many of the names brought back my school history lessons, for example Kossuth who led the 1848 revolution. Ronald Reagan seems a little out of place! He never visited Budapest but was honoured in 2011, the centenary of his birth, for his role in ending the Cold War. 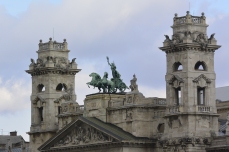 Sculpture by the Danube 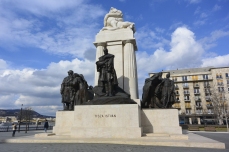 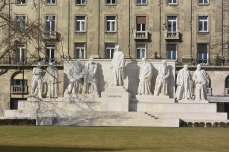 On a corner of a building

A couple of monuments merit more detailed attention. The German occupation monument, marking the Nazi takeover in 1944, is controversial. The government insists that it stands for all victims of the occupation while Jewish groups see it as part of an official attempt to absolve Hungary of responsibility in the Holocaust. At its foot, families of those who died have set up a Living Memorial of photographs, documents and belongings which, unfortunately, is frequently vandalised.

The Holocaust Memorial lies on the banks of the Danube and consists of dozens of shoes cast in iron. Hundreds of Jewish adults and children were shot here and their bodies thrown into the river. Before they died they were made to remove their coats and footwear to be used by German civilians. Horrific. 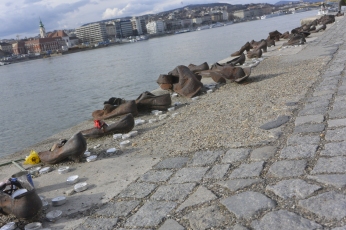 Just upriver lies the Hungarian Parliament Building which makes the Palace of Westminster look rather restrained: Gothic Revival with Renaissance and Baroque flourishes. I’m not sure I like it exactly, but it’s certainly impressive. 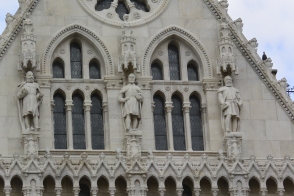 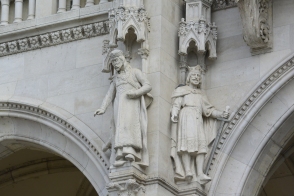 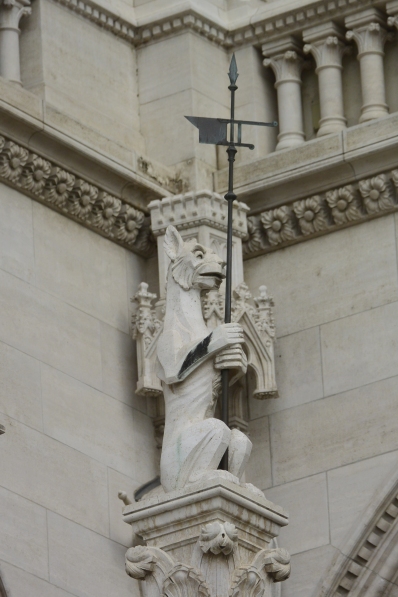 By this time it was 3pm and our feet were starting to get sore from tramping the pavements. Before leaving the Basilica in the morning, we had bought tickets for an organ concert starting at 5pm. Just time to go back to our hotel for a cuppa before venturing out again.

Today’s explorations were all on the Pest side of the river. It reminded me a lot of Paris – broad boulevards lined with neo-classical architecture and, when you ventured down the side streets, a slight air of dilapidation. The next day we would cross the river into Buda for the first time (the cities merged in 1873). It was quite different.