The Cobbler, also known as Ben Arthur, is so named because the distinctive rocky summit supposedly emulates the shape of a cobbler leaning over at work. Hmm… 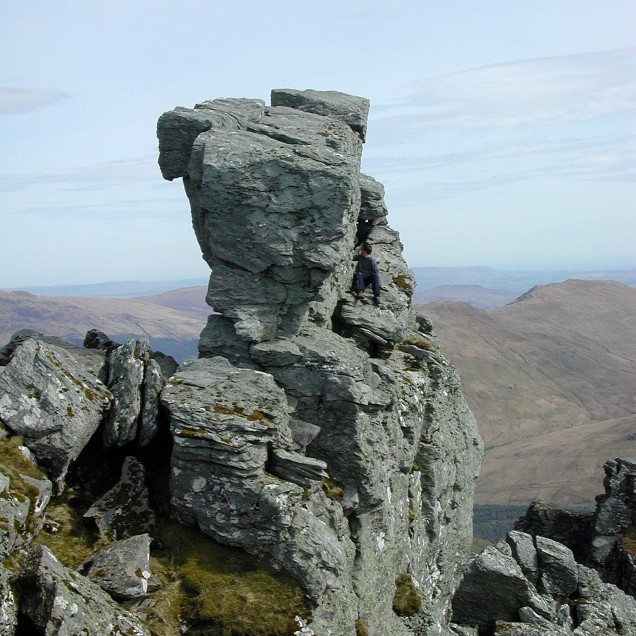 On this walk I didn’t quite make it to the top of the mountain, but you can just see a small figure making an ascent on the right of the rocky outcrop above. Anyway, here am I somewhere on the way up in May 2005. Quite high enough to count as top of the world. 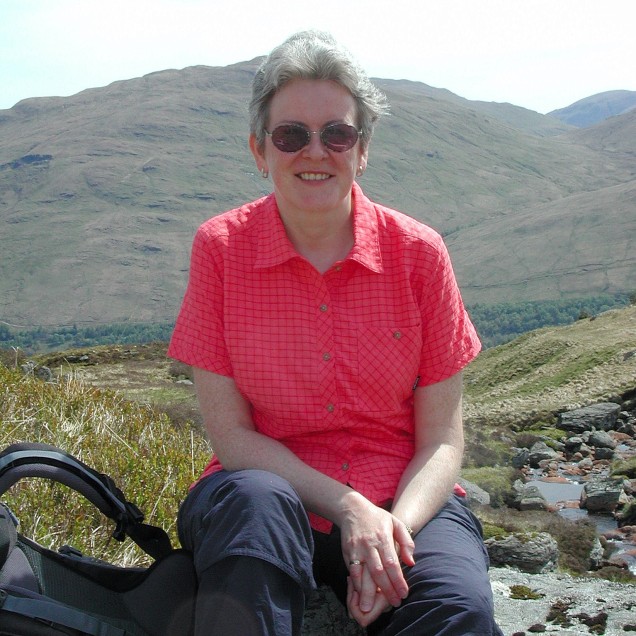 We did a lot of hill-walking in those three months, March-May 2005, then it all abruptly stopped when John put his back out and spent six weeks shuttling back and forth to physiotherapy. This was a disaster, because in mid-July we had an appointment with a very big mountain indeed. We weren’t as fit as we meant to be, but we did it anyway. Find out which mountain it was tomorrow!

35 thoughts on “April Squares: the Cobbler”