Despite restrictions easing so that we are now allowed to travel beyond the boundaries of our own council, in April we still kept more or less to Glasgow. Tales of crowds, overflowing carparks, and roads blocked by dangerously parked vehicles weren’t encouraging. So, as usual, the local canal featured heavily in our walks. Two sources of excitement: first, more of the new Claypits Nature Reserve has opened, and a path takes you up from the canal towpath to a viewpoint over the city. The nature reserve itself is still looking very raw, but you can see the potential. 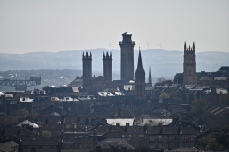 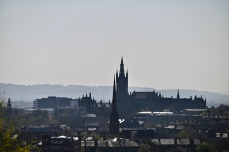 Second, we have been watching three pairs of nesting swans on the canal at Lochburn, Ruchill, and Firhill. Which will be the first to hatch cygnets?

Having visited Glasgow’s three other Necropolises, I’ve been wanting to go to the Eastern Necropolis in Parkhead, aka Janefield Cemetery, for some time. Armed with a map and a list of 20+ notable graves, I set out to find the only woman on the list. Disappointment awaited – although the map was accurate for other graves, I could not find Maggie Shields. Maybe her stone has disappeared? Further research required. Overall, the Necropolis is not as grand as the others so we didn’t take many photographs, but it was still a poignant experience: for example, a mother buried with two infant children, and a couple who lived till their seventies but suffered the loss of four children in early adulthood. And who was Agnes? Has someone left a painted pebble in her memory because her headstone has disappeared too? 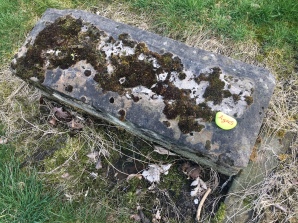 This is the woman I was looking for:

I’ve written before about the 1889 Templeton’s carpet factory disaster when 29 women were killed by a collapsing wall. Margaret (Maggie) Shields was one of them. This is her paving stone from the memorial across the road from the former factory. Some day, I will try again to find her grave.

It’s been a good month for murals and street art. I’ve already written about the Shuggie Bain and Splintering City murals, but there’s more! These are from Paisley where my mother lives. I drive past Elma Whyte Performing Arts every time I visit, but have only recently walked past to take photos. The fencing makes it difficult to get the gable wall all in at once. Thanks to Buddie and His Camera for the tip off about the mural with three boys. 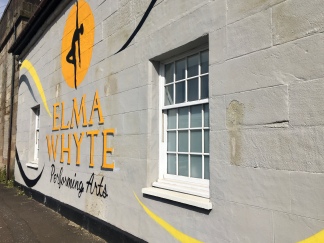 I found another piece of Louise McVey’s graffiti ceramics, which already seems to have lost a bit, and her golden heart which last month was painted over in pink has now disappeared completely leaving no more than paint splodges. These things are fleeting!

Less fleeting is this bench which has featured before. Earlier in the pandemic I walked past often, and every day there was a different quote. Having not been in that street for a few months, I was curious to see if it was still being maintained – and it is! 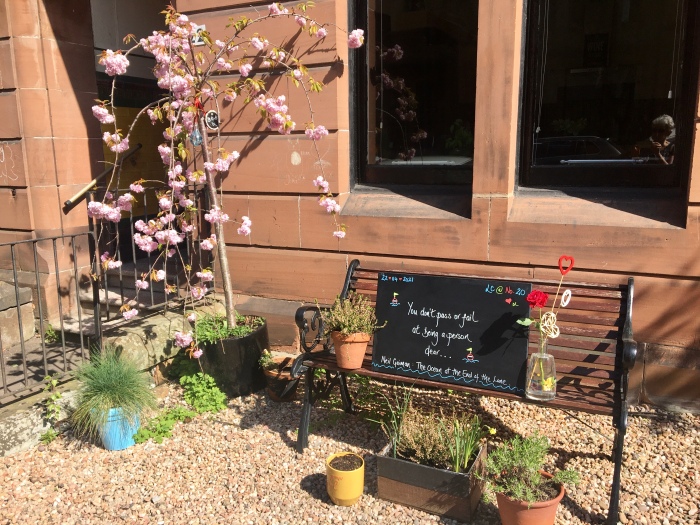 Most of the teddies in windows from the early days have disappeared, but here is another survivor. He used merely to wish passers-by good morning or good afternoon, but recently he has had more varied messages. I knew that his people couldn’t wait to see Johnny – I think that was the name – a grandchild maybe? Then, when we were allowed to travel, the message changed. I think Johnny must live in Edinburgh and I’m glad they had a good time! (You might have to zoom in quite a bit to read the messages).

I loved this newly spotted piece of Covid art. It’s a play on a popular Scottish children’s song, Ye canny shove yer grannie aff a bus, sung to the tune of  She’ll be coming round the mountains.

The first verse is normally as below, and you can read (and listen to) the full song on the Scots Language Centre site. I’ve been neglecting my Scottish word of the month feature lately, so this can be a contribution.

Finally, what was the biggest event of the month? Well, John had a birthday, his second of lockdown. He’s partial to chocolate cake! 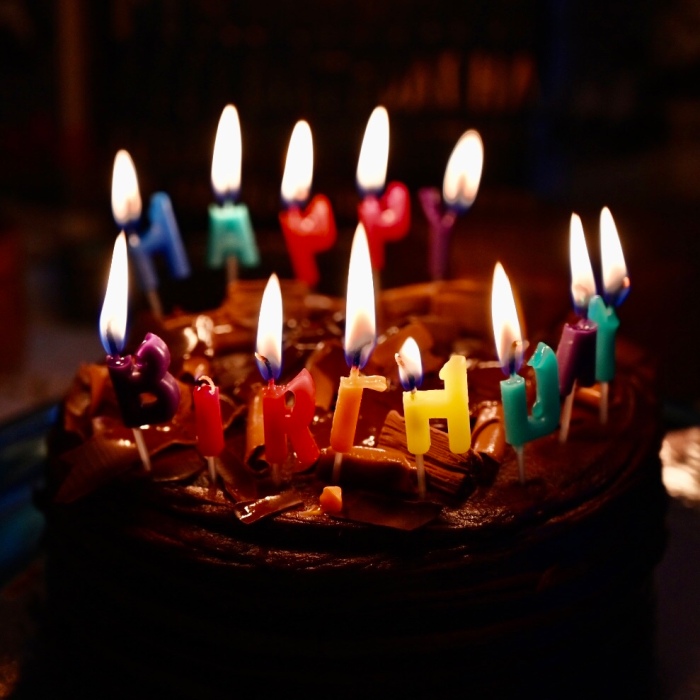 But was that bigger than the fact that after four months I finally got a haircut? I wouldn’t like to say, but here’s the before and after – and I can assure you that the before image is flattering. It was much worse than it looks! 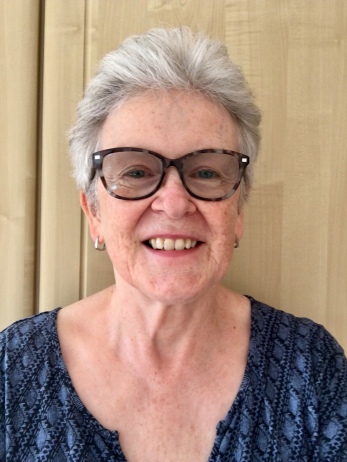 One of the things I like to spot on my otherwise repetitive walks about town is interesting shop fronts. Speaking of hair prompted me to check my collection for hair salons and barber shops, and I found quite a few inventive ones. Puns and paintwork! 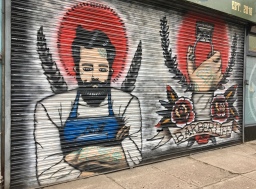 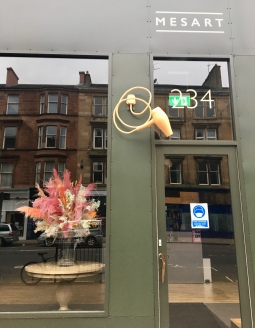 So that’s it for April – over a year of lockdown gallivanting posts. I remember saying in March last year that I didn’t know if I’d have enough to write another one. It’s a good job we’ve all learned, of necessity, to take pleasure in the small things of life. Happy May!