The Caterthuns are two large hill-top Iron Age forts near Edzell in Angus. The white Caterthun is very distinctive with an extensive ring of white rubble, the remains of the drystone perimeter wall which originally would have been 12m thick and several metres high. 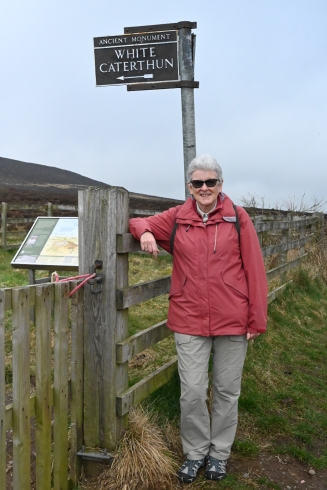 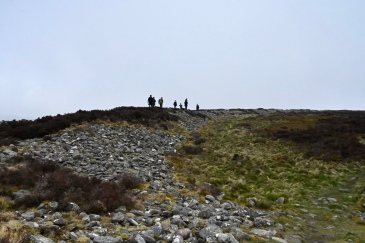 The Brown Caterthun is not nearly so easy to distinguish on the ground: it’s just a series of mounds. In fact we were right in the middle of it before we realised!

It was impossible to get pictures to do justice to either fort so, for anyone interested, this video has superb aerial footage as well as a reconstruction of how the White Caterthun might have looked all those centuries ago.

The Caterthuns from Kieran Baxter on Vimeo.

From here, we went into Edzell, a charming village entered under the Dalhousie Arch which was erected in 1887 in memory of the 13th Earl of Dalhousie and his wife. Our first objective was lunch, which we found at the Panmure Arms (very good) before exploring further. 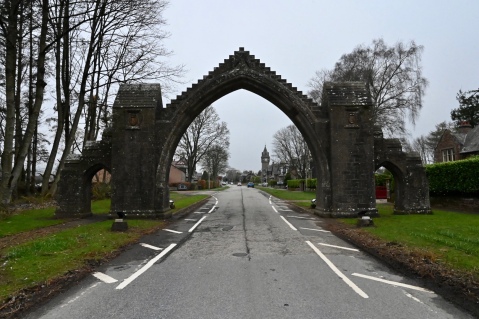 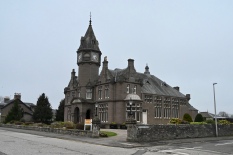 Just north of Edzell is the “Blue Door” walk along the gorge of the River North Esk. A good way to work off lunch! Running through The Burn estate, a charitable trust, the original path was created in the late 18th century and was walked by none other than Queen Victoria in 1861. That woman got everywhere! One thing that was very noticeable was the result of last winter’s storms – so many fallen trees, now being cleared away. 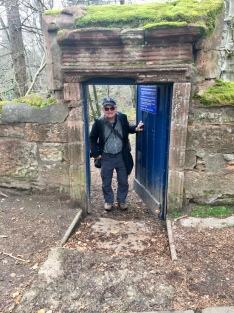 Bridge over the North Esk 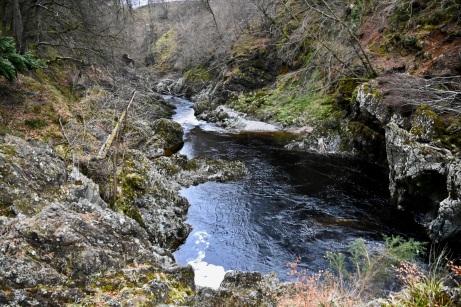 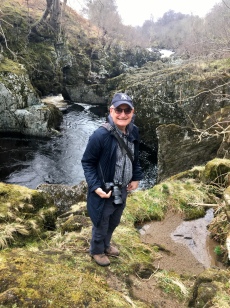 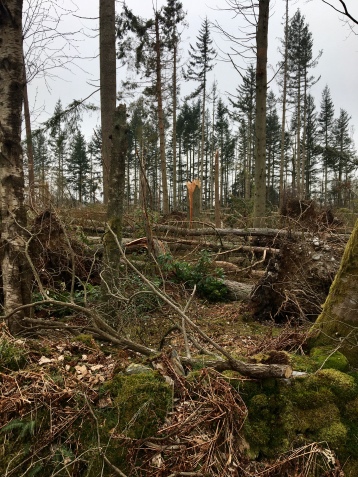 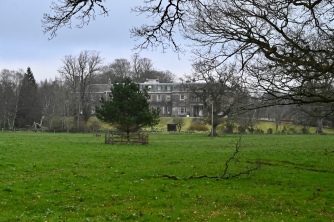 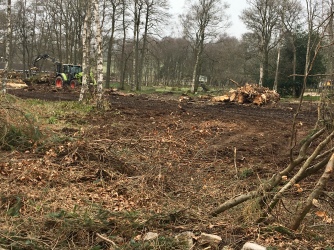 This was a lovely excursion on the last day of our 2022 Easter Break on the Angus coast. However, it is not my last post about it, because we did make a foray into Aberdeenshire earlier in the week. I’ve saved that till the end because there are so many photographs I’m a bit daunted. The visit included Catterline, a village I have wanted to visit for years. Find out why next time!